Over the past few weeks, we’ve shared various ways The Walt Disney Company has supported Hurricane Sandy relief efforts – including a $2 million cash donation and Disney ABC/Television Group’s “Day of Giving,” an effort through which viewers and ABC talent helped raise more than $18 million. 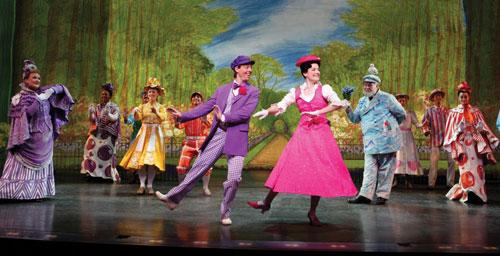 In the wake of Hurricane Sandy, we extended a special thank you to service members who were temporarily relocated to two armories in New York City to aid in storm-affected areas. Disney Theatrical Group worked with the USO to bring in more than 500 of these men and women for a night of entertainment at one of our Broadway shows – Mary Poppins, Newsiesand The Lion King – during their assignment.

Disney has an ongoing relationship with the USO, a nonprofit organization that provides a variety of services and entertainment to United States military personnel and their families, including providing year-round support with donations and support from Disney VoluntEARS.

Thank you to all of the American heroes dedicating their time to hurricane relief efforts.