UPDATE (November 15, 2012): Disney/ABC Television Group’s “Day of Giving” raised more than $18 million for the American Red Cross to help those impacted by the devastation of Hurricane Sandy. You can still support the cause by visiting redcross.org/abc or by calling 1-800-HELP-NOW.

UPDATE (November 6, 2012): Disney/ABC Television Group’s “Day of Giving” raised more than $16.8 million for the American Red Cross to help those impacted by the devastation of Hurricane Sandy, and that number continues to grow. You can still support the cause by visiting redcross.org/abc, texting ABC to 90999 to give $10 to the Red Cross or by calling 1-800-HELP-NOW.

If you haven’t heard about it yet, Disney ABC/Television Group marked today as a “Day of Giving” and is calling on viewers and fans to help those impacted by Hurricane Sandy. “Day of Giving” is being integrated throughout Disney/ABC Television Group, spanning News, Daytime, Primetime and Late Night, to encourage tens of millions of viewers to help those impacted by the hurricane. 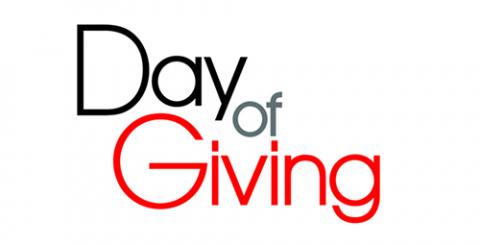 The “Day of Giving” kicked off on the local affiliates throughout the country, and really got rolling on Good Morning America. As of 12:30 p.m. ET today, the total raised was more than $9.2 million.

After Good Morning America, the torch was passed to LIVE with Kelly and Michael and The View. From there, the message will be integrated into nearly a dozen shows, including The Chew, Katie and Dancing with the Stars before rounding out the day on Jimmy Kimmel Live, which has been encouraging viewers to support American Red Cross rebuilding efforts over the past week.

In addition, ABC Family, Radio Disney, SOAPnet, Who Want To Be A Millionaire and stars from General Hospital are integrating “Day of Giving” into their programming through special public service announcements (PSAs). ESPN has also been running PSAs to engage their viewers in Hurricane Sandy relief efforts.

Disney Store and DisneyStore.com will support the national “Day of Giving” by reaching millions of guests through in-store PSAs and on DisneyStore.com, as will Disney.com.

“Day of Giving” joins The Walt Disney Company’s existing relief and rebuilding efforts announced last week by Disney Chairman and CEO Bob Iger, which included a $2 million cash commitment to those severely impacted by Hurricane Sandy. ABC owned stations and affiliates have been running American Red Cross PSAs throughout the country since Tuesday.

Here’s a look at one of the special PSAs airing on ABC today.

To find out how you can support the “Day of Giving,” visit redcross.org/abc, text ABC to 90999 to give $10 to the American Red Cross or call 1-800-HELP-NOW. For the latest news and updates, check out #DayofGiving on Twitter.