“Our company is very fortunate to have a deep bench of talent and we’re extremely pleased to welcome these two exceptionally qualified Disney veterans to our senior management team,” Chapek said. “Both Josh and Rebecca have more than two decades of leadership experience with the Company, a keen understanding of our brands and businesses, and a shared passion and vision for delivering extraordinary entertainment and one-of-a-kind experiences.” 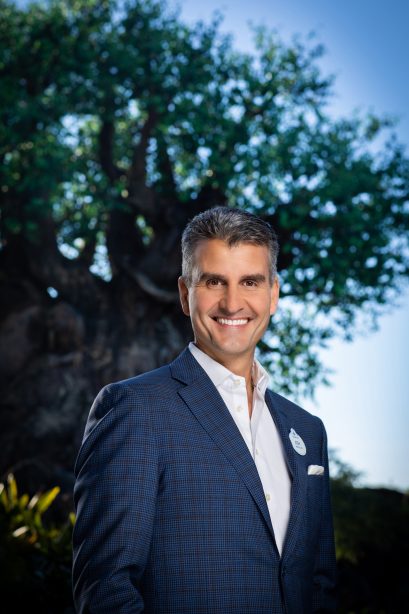 As Chapek’s successor as Chairman, Disney Parks, Experiences and Products, D’Amaro will be responsible for driving innovation and enhancing the guest experience across the segment’s theme parks, cruise line, retail and other operations. He will oversee Disney’s iconic travel and leisure businesses, which include six theme park-resort destinations in the United States, Europe and Asia; a top-rated cruise line; a popular vacation ownership program; and an award-winning guided family adventure business. Disney’s global consumer products operations include the world’s leading licensing business across toys, apparel, home goods, digital games and apps; the world’s largest children’s print publisher; Disney store locations around the world; and the shopDisney e-commerce platform.

D’Amaro most recently served as President of Walt Disney World Resort, a role he assumed in 2019. Prior to that, he was President of the Disneyland Resort, where he opened Star Wars: Galaxy’s Edge at Disneyland Park and helped initiate development of the upcoming Avengers Campus at Disney California Adventure. Since joining Disney in 1998, D’Amaro has held a number of leadership positions across the company. More information about D’Amaro is available here.

“Josh is an exceptionally talented, enthusiastic and innovative leader, consistently delivering strong results while demonstrating his unwavering commitment and care for our cast members, and a genuine appreciation for the importance of the Disney Difference to our guests,” said Chapek in today’s announcement. “I am certain he will take Disney’s Parks, Experiences and Products segment—home to some of our company’s most iconic and beloved businesses—to exciting new heights in the years to come.”

“I want to thank Bob for giving me this opportunity and I look forward to following his record of driving innovation, value and growth as we deliver unforgettable experiences for our guests,” D’Amaro said. “It is an incredible honor to lead our team of talented and dedicated cast members around the globe, who go above-and-beyond every single day. Even during this challenging time, their enthusiasm for what we do is unwavering, and my goal is to bring our cast members back to work as soon as possible so they can continue to create that magic.” 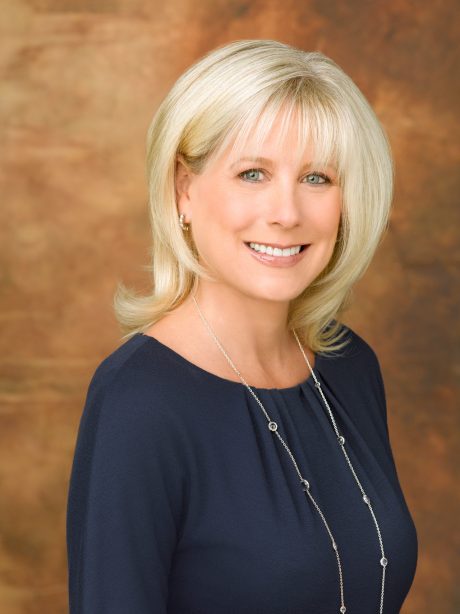 Since joining The Walt Disney Company 23 years ago, Campbell has held leadership roles across Disney’s media, international and parks businesses and most recently served as President of Disneyland Resort. As Chairman, Direct-to-Consumer and International, Campbell will oversee the Company’s streaming businesses globally, including Disney+—which this month reached 54.5 million paid subscribers less than six months after its launch—as well as ESPN+, Hulu and Hotstar. Campbell’s portfolio also includes the Company’s international businesses, including Disney’s International Channels, Fox Networks International and Star India. Prior to becoming President of Disneyland Resort last year, Campbell was a member of the Direct-to-Consumer and International leadership team as President, The Walt Disney Company—Europe, Middle East and Africa (EMEA), where she oversaw the Disney+ launch strategy and direct-to-consumer roadmap for the region. More information about Campbell is available here.

“As we look to grow our direct-to-consumer business and continue to expand into new markets, I can think of no one better suited to lead this effort than Rebecca,” Chapek said today. “She is an exceptionally talented and dedicated leader with a wealth of experience in media, operations and international businesses. She played a critical role in the launch of Disney+ globally while overseeing the EMEA region, and her strong business acumen and creative vision will be invaluable in taking our successful and well-established streaming services into the future.”

“Having been a part of the Direct-to-Consumer and International leadership team, I know what a stellar group it is, and I’m honored to be able to lead the organization during this dynamic and exciting time,” Campbell said. “Armed with the best creative content engines and technology teams in the industry, I am extremely confident in our ability to continue growing the business around the globe.”

Campbell succeeds longtime Disney executive Kevin Mayer, who is leaving the Company to become Chief Operating Officer of ByteDance and Chief Executive Officer of TikTok, ByteDance’s popular mobile video platform. Mayer led Disney’s Direct-to-Consumer and International segment since its founding in 2018 and oversaw the successful launches of ESPN+ and Disney+ and the integration of Hulu. During his career at Disney, Mayer also served as the Company’s Chief Strategy Officer and was instrumental in facilitating a number of strategic acquisitions, including the acquisition of 21st Century Fox.

“Kevin has had an extraordinary impact on our company over the years, most recently as head of our direct-to-consumer business,” Chapek said. “He has done a masterful job of overseeing and growing our portfolio of streaming services, while bringing together the creative and technological assets required to launch the hugely successful Disney+ globally. Having worked alongside Kevin for many years on the senior management team, I am enormously grateful to him for his support and friendship and wish him tremendous success going forward.”

“I am very proud of what our extraordinarily talented Direct-to-Consumer and International team has accomplished in creating and delivering a world-class portfolio of streaming services, particularly Disney+,” Mayer said. “Rebecca was a critical member of the DTCI team from its inception, and I am certain the business is in great hands and will continue to expand and thrive under her expert leadership. It’s truly been a privilege for me to be part of the iconic Walt Disney Company, and I am enormously grateful to Bob Iger for his trust and confidence, and to Bob Chapek and his senior management team for their collaboration and support over the years.”

Today, Chapek also announced a new Disney Parks, Experiences and Products leadership team that will be led by D’Amaro. 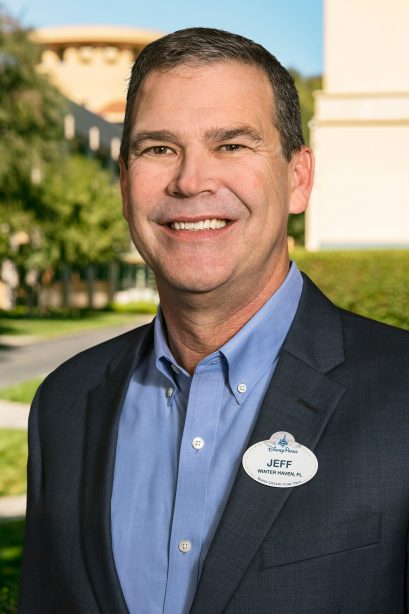 “With Walt Disney World approaching its 50th anniversary, there could not be a more gratifying time to be selected for this role and to work with the incredible team responsible for creating magical memories for millions of guests each year,” Vahle said today. “I plan to continue to build on the momentum from Josh’s tenure, bringing even more innovative entertainment and experiences to our guests.” 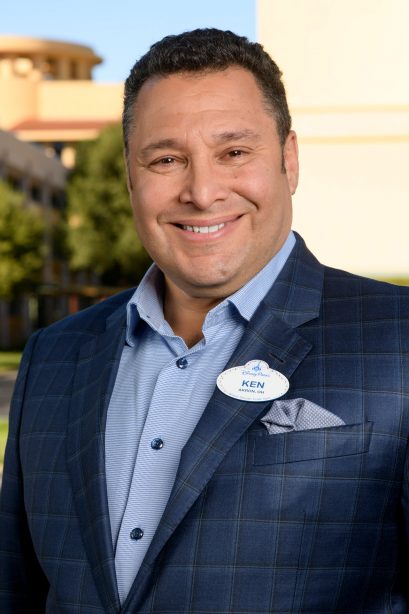 “I’m grateful for the opportunity to join the remarkable team at Walt Disney’s original park,” Potrock said. “This Resort holds a special place in the hearts of our guests around the world—a responsibility that we all take very seriously, and we will continue to build on that foundation by delivering unforgettable experiences, while creating memories that last a lifetime.” 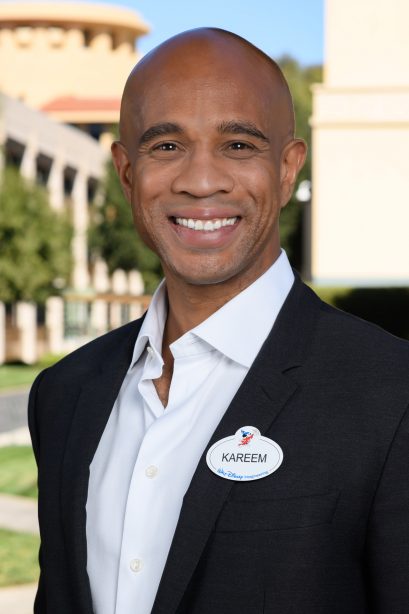 “Uniting the businesses responsible for bringing the magic of Disney into the daily lives of families and fans around the world will allow us to seamlessly extend the stories and characters consumers love across different platforms,” Daniel said. “I look forward to working with this team to bring Disney franchises to audiences around the world in new and innovative ways.” 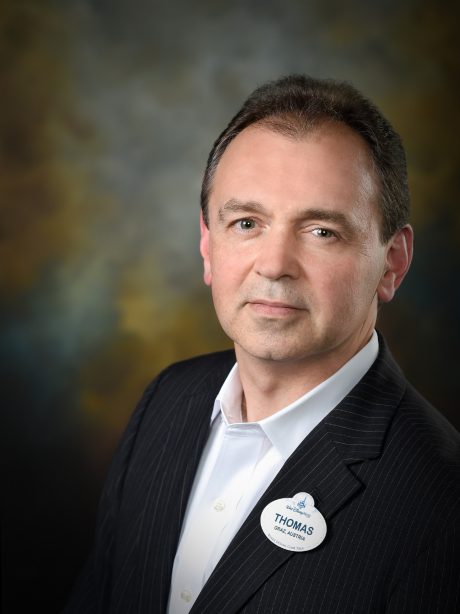 “I am thrilled to continue my Disney career by joining the businesses renowned for providing personalized and uniquely Disney experiences and delivering world-class guest service,” said Mazloum. “I cannot wait to bring even more magic to guests on the seas and at our remarkable destinations around the world.”

Continuing in roles as part of the executive leadership team for Disney Parks, Experiences and Products are:

“I’m incredibly proud of the new leadership team at Parks, beginning with the segment’s Chairman, longtime Disney veteran Josh D’Amaro, and his newly announced team of Jeff Vahle, Ken Potrock, Kareem Daniel and Thomas Mazloum,” said Chapek. “These talented executives played pivotal roles while leading our exceptional cast members during the largest period of growth in the segment’s history, which included the expansion of our parks and resorts around the world, the addition of new attractions including two highly acclaimed Star Wars-themed lands, and a shift to more personalized experiences for guests. And I am confident that as they assume even greater responsibility and pursue new opportunities, they will have an even bigger impact on the future of our company.”

For more details about Disney Parks, Experiences and Products and its new leadership team, visit DPEP.Disney.com.

Certain statements in this press release may constitute “forward-looking statements” within the meaning of the Private Securities Litigation Reform Act of 1995, including statements regarding our business prospects, growth, expansion, performance, strategy or plans; business leadership or structure; the anticipated availability, timing or nature of our products or services; future resumption of operations; and other statements that are not historical in nature as well as statements identified by words such as “will,” “certain,” “look forward to,” “look to,” “confident in,” “continue,” “goal” and similar words and expressions. These statements are made on the basis of management’s views and assumptions regarding future events and business performance as of the time the statements are made. Management does not undertake any obligation to update these statements. Actual results may differ materially from those expressed or implied. Such differences may result from actions taken by the Company, including restructuring or strategic initiatives (including capital investments and asset acquisitions or dispositions) or other business decisions, as well as from developments beyond the Company’s control, including:

Such developments may further affect entertainment, travel and leisure businesses generally and may, among other things, affect (or further affect):

Additional factors are set forth in the Company’s Annual Report on Form 10-K for the year ended September 28, 2019 under Item 1A, “Risk Factors,” Item 7, “Management’s Discussion and Analysis,” Item 1, “Business,” and subsequent reports, including, among others, quarterly reports on Form 10-Q and Current Reports on Forms 8-K, which factors should be read together with this press release.