On Friday, August 2, Disney’s fourth Girls Who Code Summer Immersion Program drew to a close. Throughout the seven-week program, this year’s class of 20 participants was introduced to computer science topics and had the opportunity to explore different careers in technology at The Walt Disney Company. For many of these high school students, the program marked the start of their journeys in technology. For two Disney employees, however, the program reminded them of how far they have come since they were first introduced to computer science through Girls Who Code. 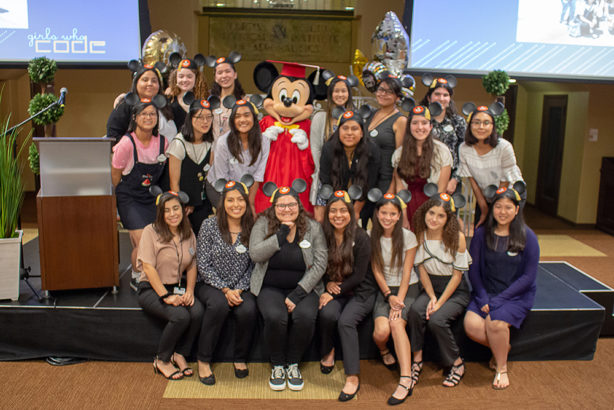 Curie Hong, digital production intern with Disney Television Animation, was eager to return to the company that inspired her to pursue a career that combines her love of technology with her passion for animation. She spent two summers as a Teaching Assistant (TA) for the first two programs hosted by The Walt Disney Company in 2016 and 2017, and she saw firsthand how different tools and software make computer-generated images come to life. “It really shaped my passion and my interest in the computer programming field,” she said. 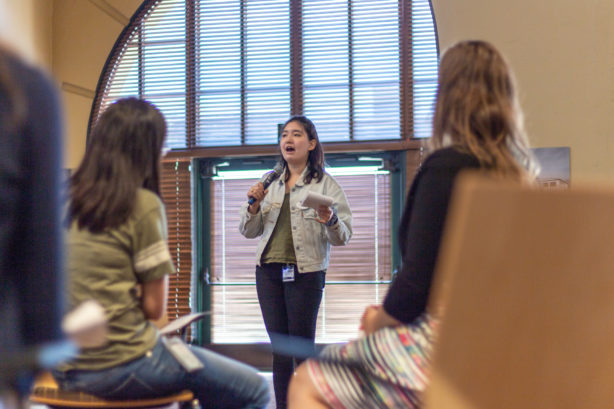 Hong was excited to share advice with this year’s cohort of rising high school juniors and seniors during the mentorship event that took place during the program’s fourth week. “ I remember being in those chairs, even as a TA, and thinking, ‘Oh my gosh, these mentors are so amazing. I want to be like them one day!’” she said. “Having the chance to inspire the girls was such a great opportunity.”

Melanie Jane (MJ) Pascual, an associate software engineer with Movies Anywhere, was also excited to return to her Girls Who Code roots. Having first learned how to code during a Summer Immersion Program while in high school, MJ was eager to meet this year’s class. As a guest speaker, she shared the story of her journey from Girls Who Code to studying computer science in college and landing a job with The Walt Disney Company. She also answered questions from the group and gave the students advice on applying for scholarships and internships while in school. 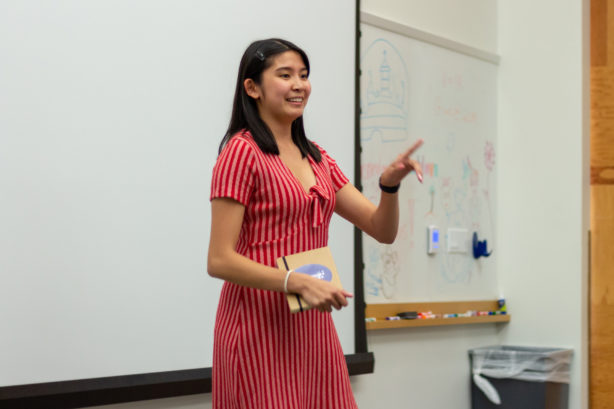 “It’s really inspiring and empowering to see the students,” Pascual said. “Being an alumna [of Girls Who Code] gives me a different perspective because everyone has different paths of how they got into tech…. And I got here because I was sitting where they were six years ago.”

As part of its commitment to diversity and to help close the gender gap in technology, The Walt Disney Company has partnered with the nonprofit organization Girls Who Code since 2015. Girls Who Code provides computer science education to girls, creates clear pathways for their alumnae from school into the computing workforce and builds supportive communities of peers and role models. 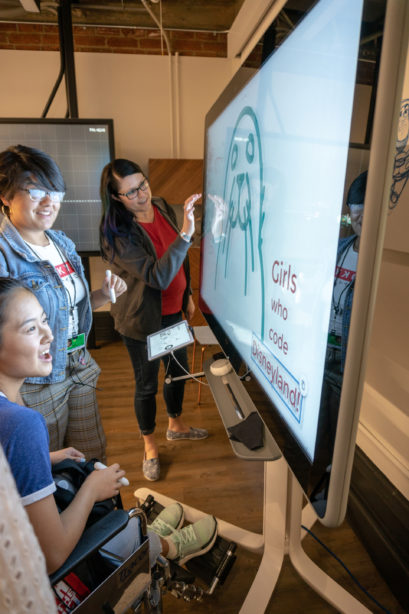 During Disney’s Girls Who Code Summer Immersion Program, this year’s participants had the opportunity to learn how The Walt Disney Company creatively uses technology to tell world-class stories and bring its immersive experiences to life. Their computer science curriculum was enriched by guest speakers, field trips, mentorship and technology from across all segments of The Walt Disney Company. 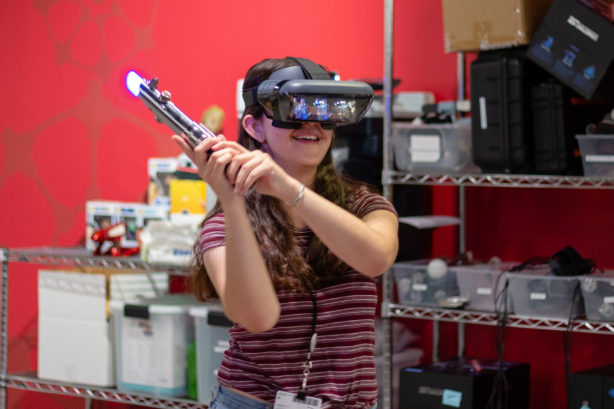 In addition to hearing from innovative leaders in technology from across the Company, the class enjoyed a host of only-at-Disney experiences. At Walt Disney Imagineering, the class explored how hardware and software work together to create an immersive environment for guests at Disney parks around the world. The group saw this firsthand when they visited Star Wars: Galaxy’s Edge at the Disneyland Resort, where they explored Batuu with the Play Disney Parks app and learned how technology enhances the guest experience through the virtual queue system. At visits to Walt Disney Animation Studios and the Walt Disney Studios StudioLAB, the students learned how emerging technologies like virtual reality are changing the way Disney’s feature films are brought to life, and at the Advanced Consumer Product Lab, they learned how Disney uses technology to bring magic into consumers’ homes. 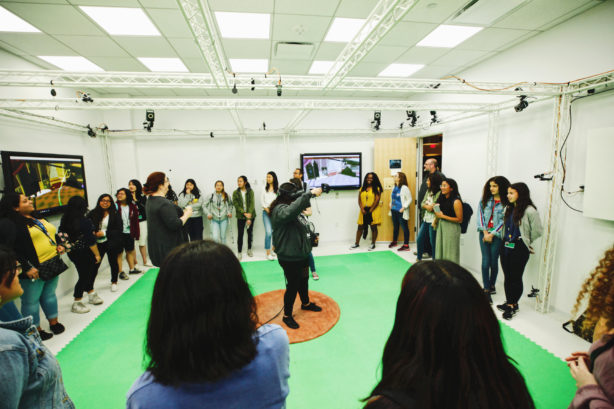 “It was really cool to see how things work behind the scenes and get that inside look,” said Ingrid, a Girls Who Code participant.

“I like the environment of the Girls Who Code program and being able to work with a bunch of girls. It’s really supportive, and everyone is working and is there for the same reason,” added her fellow participant Alondra. “Disney is doing an amazing job and really gives us a lot of opportunities.”