The Walt Disney Company/APIASF Scholarship program will provide 150 scholarships over a three-year period and will be available to eligible students with Asian or Pacific Islander ethnicity in the U.S. beginning fall 2017. This scholarship commitment is one part of Disney’s ongoing efforts to strengthen diverse communities and support higher education.

“Disney is proud to support young Asian and Pacific Islander leaders in achieving their dreams of a higher education,” said Paul Richardson, chief diversity officer, The Walt Disney Company. “By giving these promising students the resources and tools they need to earn a college degree, we enable them to create a better, brighter future for us all.” 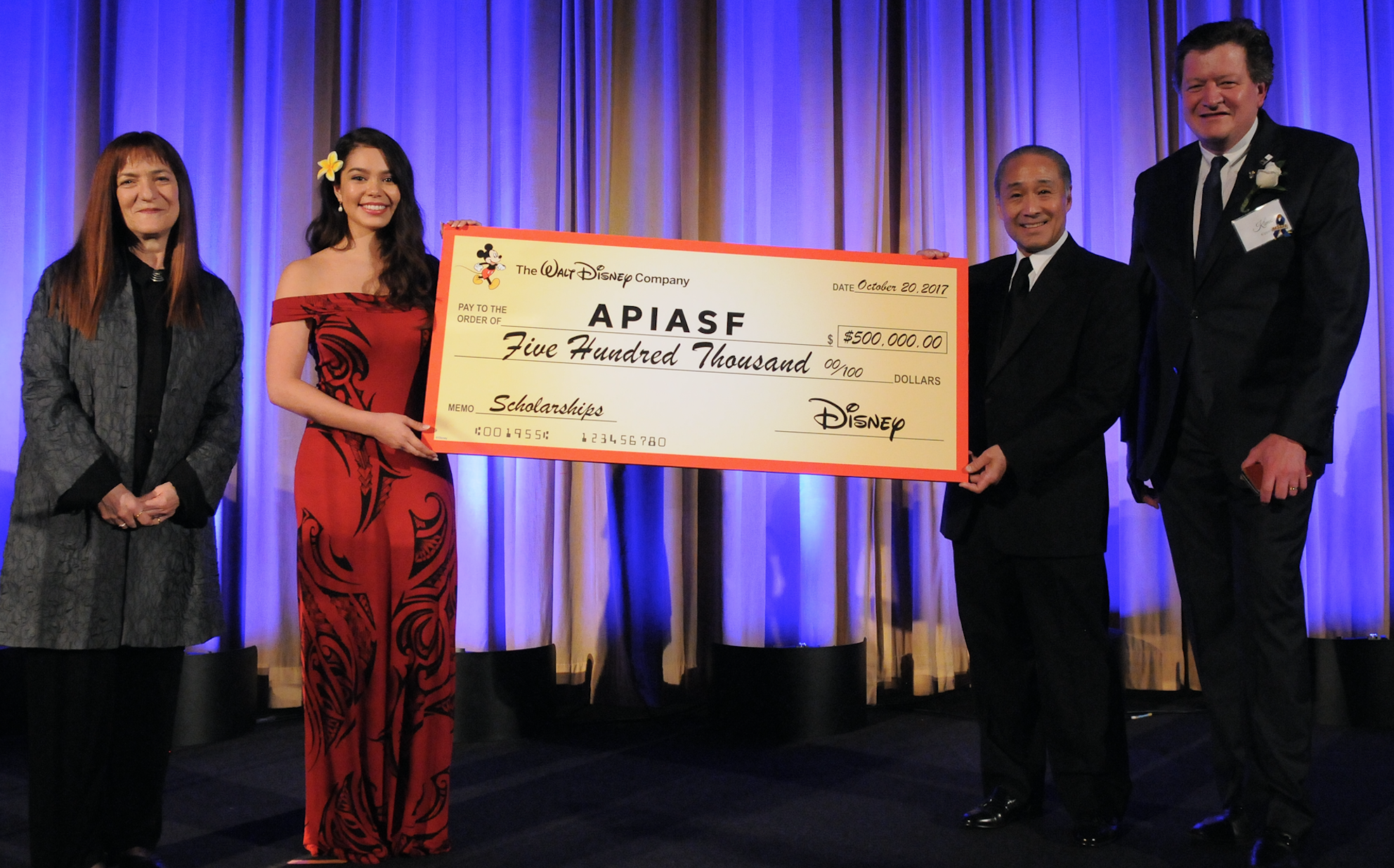 “Speaking on behalf of Auli‘i and all of us at Disney Animation, we are extremely honored to be part of this important scholarship commitment,” Shurer said. “We thank APIASF for their extraordinary work and Disney for its support of these initiatives.”

“The Walt Disney Company’s generous support will make a significant difference for some of the nation’s most underserved students,” Horikoshi said. “With many Asian American and Pacific Islander families facing financial barriers, The Walt Disney Company/APIASF Scholarship has the potential to be life-changing for students.”

In addition to the scholarships, Disney’s commitment will support the fund’s SMART program, which will provide students with mentoring and access to training and resources.

The Walt Disney Company/APIASF Scholarship will be available for the 2017-2018 school year. In order to be eligible, applicants must:

Based in Washington, D.C., APIASF is the nation’s largest non-profit organization devoted to providing college scholarships for Asian Americans and Pacific Islanders (AAPI). For details about APIASF and the new scholarship, visit APIASF’s website atwww.apiasf.org.

About APIASF:
Based in Washington, D.C., the Asian & Pacific Islander American Scholarship Fund (APIASF) is the nation’s largest non-profit organization devoted to providing college scholarships for Asian Americans and Pacific Islanders (AAPI). APIASF works to create opportunities for students to access, complete, and succeed after post-secondary education; thereby developing future leaders who will excel in their career, serve as role models in their communities, and will ultimately contribute to a more vibrant America.

About The Walt Disney Company:
The Walt Disney Company, together with its subsidiaries and affiliates, is a leading diversified international entertainment and media enterprise with the following business segments: media networks, parks and resorts, studio entertainment, and consumer products and interactive media. Disney is a Dow 30 company and had annual revenues of $52.5 billion in its Fiscal Year 2015.