At Disney Interactive, there are a number of ways we find inspiration for our games and products. Whether we’re expanding the world of the latest Disney film like Wreck-It Ralph or creating original stories like in Where’s My Water?, our teams dig deep into the Disney Vault. 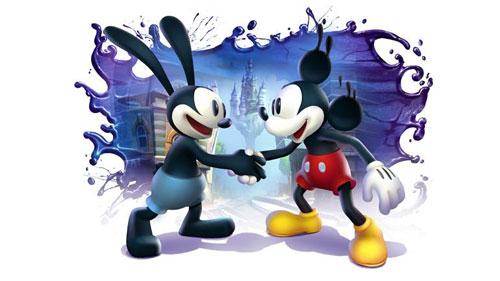 Launching this week, Disney Epic Mickey 2: The Power of Two pulls from 80 years of Disney stories to create a unique gameplay experience.

We had an opportunity to get an inside look at the production process from Paul Weaver, studio director of Junction Point, an in-house studio that develops Disney video games. 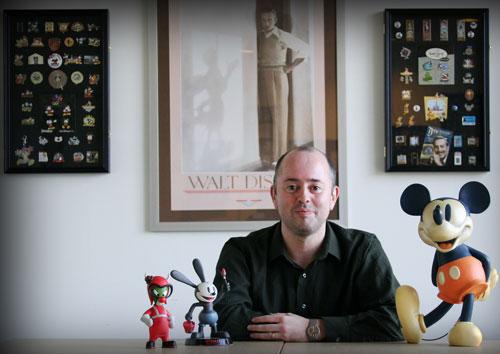 Where did you find inspiration for Disney Epic Mickey 2: The Power of Two?
In making the Disney Epic Mickey games, we’ve found inspiration from all things Disney, including characters, rides, attractions, movies, cartoons, comics and merchandise. Pretty much, if Disney created it, then it inspired us. One of the locations in the game, Wasteland, is a land of the forgotten or rejected ideas. While you’ll see obscure items from Disney’s history, you’ll also find characters and concepts that are just a little “off.” For example, you might see a character that never appeared in the final version of Disney product. With more than 80 years to draw from, we can confidently say we could find inspiration to keep our adventures in Wasteland going for a very long time!

Can you tell us how a game like this is developed?
Video game development is broken up into many different phases. First, we start with the concept phase where we discuss what we’d like to see in the game, like multi-player co-op or worlds that the characters will visit or features that we think will be fun. A lot of ideas get tossed around. Some make it…others get dropped.

The next major phase is pre-production where we test as many features and systems as possible before we start designing worlds that rely on gameplay features. If you build the levels too early, you risk having to start again. Not good!

Production is where most of the work happens: Animations, cinematics and game dialogue is created, and the levels are designed. They are initially done as “block worlds” that we test before we do the artwork that make the game look amazing (this takes LOTS of time and people, so you have to feel confident that it’s right).

Finally, we enter post-production. The game is playable start to finish and is tuned by the design team while other team members fix any bugs. During this final phase, cinematics, audio, and language versions of the game all get finalized too. There’s never a dull moment!

One of the best things about working at Disney Interactive is seeing how our creative teams bring Disney stories to life in new ways.