Today, Disney+ debuted the trailer for Diary of a Wimpy Kid: Rodrick Rules, an all-new animated movie based on the second book in Jeff Kinney’s wildly popular book series. The original song from the film, “Can You Smell Us Now,” written and produced by Jon Levine, with lyrics by Kinney, and performed by Jimmy Tatro, was also released. Diary of a Wimpy Kid: Rodrick Rules will premiere December 2, 2022, only on Disney+.

The riotous antics of angst-ridden, disaster-prone middle school student Greg Heffley (voiced by Brady Noon) continue in Diary of a Wimpy Kid: Rodrick Rules, focusing this time around on his complicated relationship with older brother, Rodrick (voiced by Hunter Dillon). A spikey-haired high school student, Rodrick is lazy and undisciplined and spends way too much time practicing with his rock band, Löded Diper. While he loves to torment Greg, Rodrick ultimately has a deep affection for his younger brother. 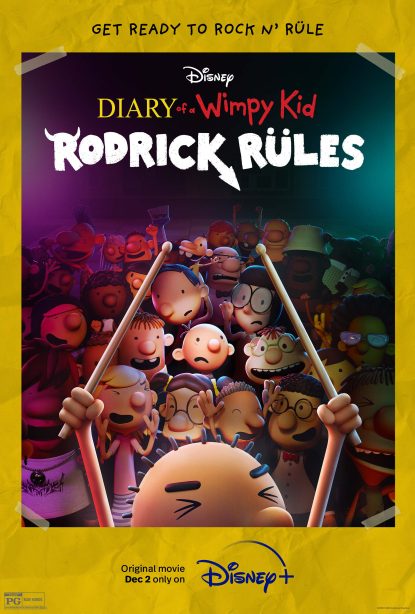