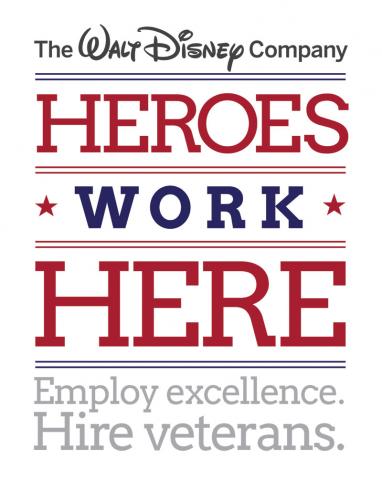 Today the Department of Defense announced that Disney is one of 15 recipients of the 2015 Secretary of Defense Employer Support Freedom Award, the highest recognition given by the department to employers that support National Guard and Reserve employees. The recipients will be honored at a ceremony in the Pentagon on August 21.

Members of the Guard and Reserve constitute almost one half of the U.S. military, and the Freedom Award honors those employers who provide exceptional support to their employees who serve. The Freedom Award nominations are made by employees, and this year’s 15 recipients were chosen from 2,960 nominations submitted by guardsmen and reservists. The award was first established in 1996, and, since then, 205 employers have received this high honor.

In making the announcement, Defense Secretary Ash Carter said, “These outstanding employers have not only earned this award, they have earned this nation’s gratitude. I am truly honored to recognize these 15 organizations for their unwavering support of our military men and women and their families. Their accomplishments are a vital piece of our national defense and a high standard toward which all employers of Guard and Reserve members should strive.”

The Walt Disney Company has a longstanding tradition of supporting the U.S. Armed Forces by hiring, training and supporting military veterans. That tradition continues through Disney’s Heroes Work Here initiative, its Heroes Supply Here program, which recognizes veteran and disabled veteran-owned companies as diverse suppliers for Disney, and through Disney’s Veterans Institute, which has helped hundreds of companies across the country establish veteran-hiring programs of their own. To learn more, click here.