Today, Disney announced the start of its inaugural Girls Who Code Summer Immersion Program, a seven-week coding program on the Disney campus for high school girls that will introduce them to computer science curriculum.

In partnership with Girls Who Code, a national nonprofit organization that aims to inspire, educate and equip young women for futures in the computing related fields, The Walt Disney Company welcomes 20 rising high school juniors and senior girls who will participate in the computer science immersion program.

“We have put together an incredible program with Girls Who Code that will immerse the next generation of innovators in the magic of Disney,” said Jamie Voris, senior vice president and chief technology officer, The Walt Disney Studios. “Helping develop the technology leaders of tomorrow is an area of focus for Disney, and we hope our inaugural class’s time with the company will inspire them and equip them with the skills they need for a future career in computer science.” 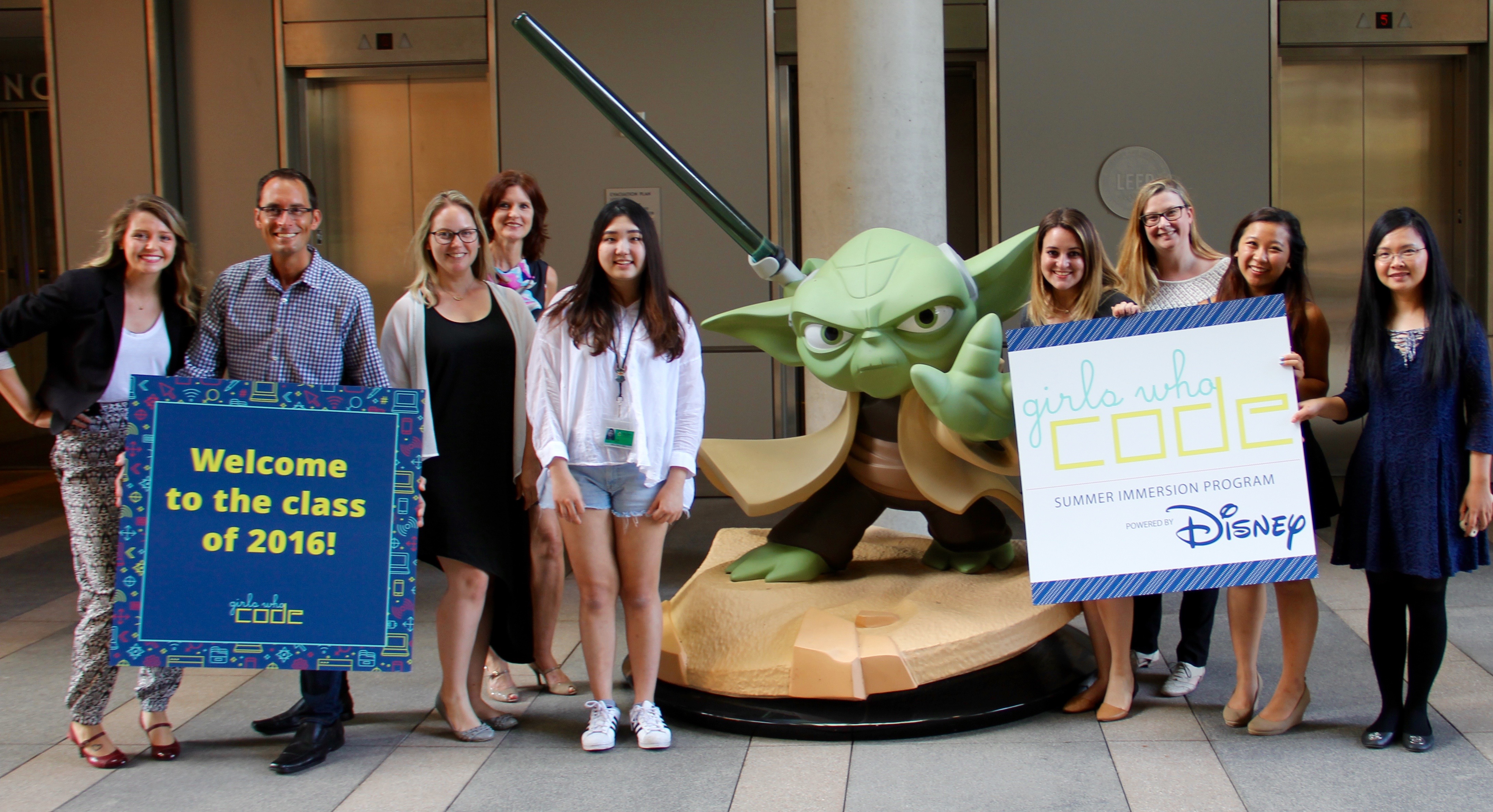 Students in the program will participate in activities such as 300+ hours of computer science curriculum, including web development and design, robotics and mobile development, along with  technology-focused field trips to various parts of The Walt Disney Company, including Walt Disney Parks and Resorts, Walt Disney Imagineering, Research & Development, and The Walt Disney Studios. In addition, these outstanding students will also take part in meet and greets with top leaders and executives from around Disney.

Students will spend the first five weeks learning the fundamentals of programming platforms. The final two weeks are dedicated to creating a final project utilizing their new coding skills to highlight an important subject matter of their choice. The program will conclude with a graduation ceremony in July, where students will have the opportunity to showcase their final projects to Disney executives, mentors and program instructors.