Nominations for the 93rd Oscars® were announced this morning, and films from across The Walt Disney Company combined to earn 15 Academy Award® nominations for 2021.

Disney+ received its first Oscar nominations since launching in 2019. The service is home to a variety of nominated content including Onward, Soul, and the animated short Burrow, all from Disney and Pixar; Disney’s Mulan and Disney’s The One and Only Ivan. Soul and Onward are both nominated for Best Animated Feature, and Soul received two additional nominations this morning for Best Original Score and Best Sound. Disney’s Mulan received nominations for Best Costume Design and Best Visual Effects; Disney’s The One and Only Ivan is nominated for Best Visual Effects; and Disney and Pixar’s Burrow is among this year’s nominees for Best Animated Short Film.

The Hulu Original film The United States vs. Billie Holiday garnered a nomination for its star, Andra Day, who is among the nominees for Best Actress in a Leading Role. Hulu is also the exclusive streaming home to Searchlight Pictures’ Nomadland.

Here is the complete list of nominations from across The Walt Disney Company:

The One and Only Ivan (Walt Disney Studios Motion Pictures / Disney+): 1 Nomination 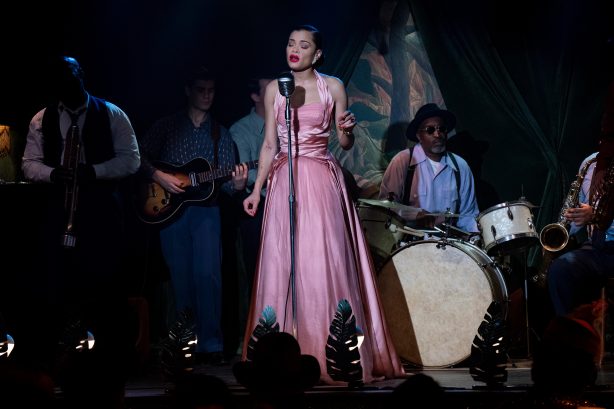 Soul director Pete Docter, producer Dana Murray and co-director Kemp Powers said, “Thank you to the Academy for this incredible honor, we are truly humbled. Soul represents several years of research, intense work, self-doubt and also a good deal of fun. Our journey on the film was similar to that of Joe Gardner’s—well, except the part where he falls down a manhole. As we struggled with story clarity and tried out who-knows-how-many different endings, we began to realize how important it was to savor what may have felt like minor moments along the way: the satisfaction of jotting down a preliminary sketch on a scrap of paper; hearing the first chords from the earliest music demos; laughing with the crew. Though we might not have known it at the time, moments like these helped inspire us and fed back into the film in innumerable ways. Though we are living through challenging times, being recognized by the Academy gives us hope that the joy we found and put into our film was shared by audiences, and nothing could be more meaningful than that.”

The talented musicians who created the score for Soul—Trent Reznor, Atticus Ross and Jon Batiste—had this reaction to their Oscar nominations: “We are astounded and incredibly grateful to be considered for the Academy Award for Best Original Score on behalf of Soul. This was a profoundly rewarding creative collaboration filled with so much love, light and lineage. The warm reception of the film continues to humble us. We will be celebrating this tremendous honor in anticipation of the ceremony to come.”

Onward director Dan Scanlon and producer Kori Rae shared, “Thank you to the Academy for honoring our film. We share this nomination with the entire cast and the crew at Pixar who were essential in bringing the magic and wonder of Ian and Barley’s journey to life. Onward was a very personal story, exploring the idea of what one would do if they had more time with a loved one they’d lost. It’s incredibly meaningful to see how this has resonated with audiences, and we couldn’t be more thankful to the Academy for their recognition.”

“We are incredibly honored to receive this nomination and be celebrated alongside such an inspiring collection of shorts—it means the world to us and the entire Burrow crew. Burrow is a short that encourages people not be afraid to open themselves up to others—and to be recognized in a year when maybe a lot of people have been feeling isolated, really means the world to us,” said Burrow director Madeline Sharafian and producer Michael Capbarat. “A sincere thank you to the Academy for this recognition.” 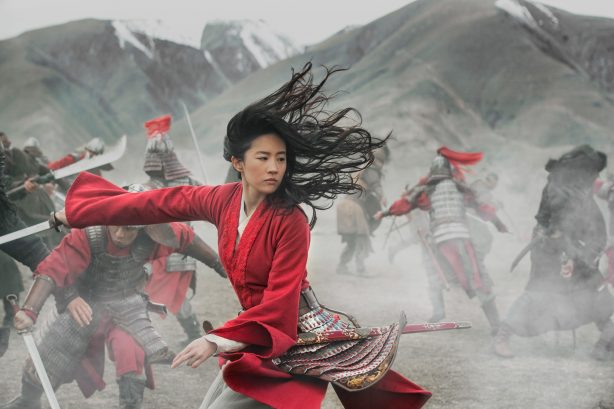 Mulan’s nominees for Best Visual Effects—Sean Faden, Anders Langlands, Seth Maury and Steve Ingram—said, “The VFX team of Mulan is so thrilled and deeply honored to be recognized by our branch! Thanks to our VFX producer Di Giorgiutti, our production family and our actual families! Thanks to our SFX team and all of the VFX companies (Weta, Imageworks, Framestore, Image Engine and Crafty Apes) for their stellar work and friendship. A special thanks to the amazing team at Disney including producer Jason Reed and our wonderful executive Mimi Steele, our fearless director Niki Caro and incredibly supportive DP Mandy Walker and amazing production designer and costume designer Grant Major and Bina Daigeler for giving us such rich textures to work with. It was fun bringing this world to life and I hope people will get a chance to see the work again.”

The film’s costume designer, Bina Daigeler, said, “I am over the moon and so thrilled to be nominated. It’s such a great honor and thank you to the Academy for my nomination. I am so happy to see my name alongside my amazing costume designer colleagues. Mulan was such a great and important experience. I am full of gratitude to get this recognition, especially during this rough time, and am sharing my happiness with my friends around the world.