The Walt Disney Company returned to AfroTech World for the second year in a row as a top-tier diamond sponsor. The conference took place November 8-13, 2021, and focused on bringing together engineers, venture capitalists, recruiters, technologists and culture enthusiasts from all over the world as one of the largest multicultural tech conferences in the United States.

Though completely virtual, AfroTech World featured an in-world experience with attendee-built avatars, keynote presentations and virtual expo halls, as well as other areas such as a beach, sports courts, dance club and more to give attendees an engaging, memorable and life-like event. Over the course of the five day event, attendees were able to meet one-on-one with Disney representatives, take in content both “in world” and through Disney-owned activations and enjoy a Disney+ Day celebration complete with a giveaway challenge where participants were asked to share their favorite character from a Disney brand to be entered to win a six-month Disney+ subscription and uniquely Disney swag box that included products brought to life by several diverse suppliers.

“AfroTech World is the premier gathering of the Black technology community,” said Tony Williams, senior manager, Diversity Recruiting Programs. “Disney’s presence at this event is not only a reflection of our commitment to this community, but a strategic move to engage and recruit the best tech talent to our business… For many of our Black technologists, AfroTech World may be the only space where they are well represented and able to fully show up as themselves, comfortably.” 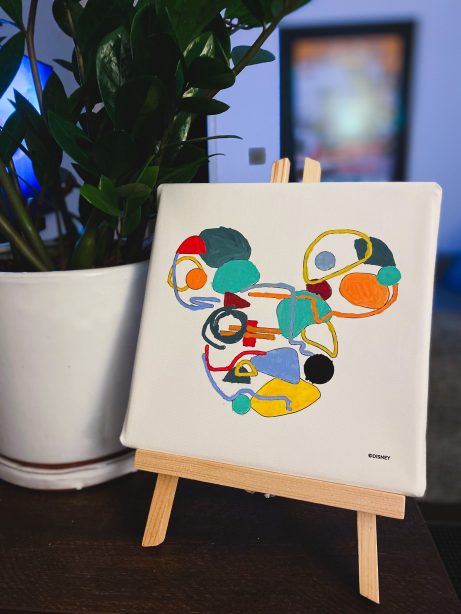 In addition to hosting an expo booth in the virtual AfroTech World, The Walt Disney Company held two virtual events of its own in conjunction with the conference. The first, a uniquely-Disney at AfroTech Kickoff featuring the ABC News’ Soul of a Nation team in a conversation about the authentic realities of Black life inclusive of themes such as spirituality, Black joy, activism in sports and racial injustice. The second event consisted of two full days of programming including panels highlighting the culture at Disney, discussing our latest developments in technology, and centering authentic voices from historically underrepresented communities in our storytelling. Disney representatives from across Disney Media & Entertainment Distribution; Studio Entertainment; Disney Parks, Experiences & Products; General Entertainment and ESPN & Sports Content took to the Disney Stage to share their career journeys featuring themes of growth and how to overcome failures. 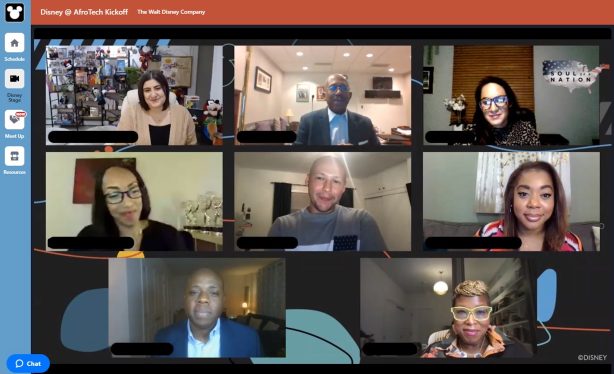 “I think the most important thing about AfroTech World is the diversity,” said Kennedy Maddox, outreach coordinator for The Walt Disney Company. “It’s so important for Black talent to have a place at the company and AfroTech World is a place where that is celebrated.”

As The Walt Disney Company continues to grow its presence within the Black technology space, the participation in AfroTech World reinforced the company’s dedication to increasing and celebrating diverse representation in all levels of the workforce, content and community within the company.

“Disney is so committed to diversity and our stories and that follows through to who’s creating, writing or designing or building,” said Niquita Taliaferro, product designer at Disney Streaming. “We have a ton of Black leadership and that makes me feel like I’m in a place where I can excel. There’s opportunity for you here.”

To explore technology career opportunities at Disney, visit DisneyTech.com. Follow Disney Careers on Facebook, Twitter and Instagram or The Walt Disney Company on LinkedIn to hear more about our technology, our employees and how we are aligning technology, content and platforms to deliver world-class, personalized entertainment experiences to consumers around the world.