Disney and Pixar’s Luca, now streaming on Disney+, is a coming-of-age story about a sea monster who dreams of life above the water. After he bravely broaches the surface, Luca Paguro (voice of Jacob Tremblay) is amazed to discover he’s transformed into a human. “We like this idea that somehow through the ages, there’s this coping mechanism that when they’re dry, they’re able to camouflage in their own way,” director Enrico Casarosa explains. “Their true selves are sea monsters, but when they dry up, they can look like you.”

The concept may seem simple enough, but it proved to be an exciting technical challenge for the filmmakers at Pixar Animation Studios, who had to determine how to depict the transformation between the two forms in a fun and organic way. “We first thought of it like a mechanical bodysuit, where the scales would flip and reveal something,” character supervisor Sajan Skaria says. “And then [story artist] Daniel López Muñoz said, ‘No, it needs to come from the heart. It’s internal. It’s Luca the human emerging from the sea monster.’ That made a huge difference, because now we had a place where it could originate.” 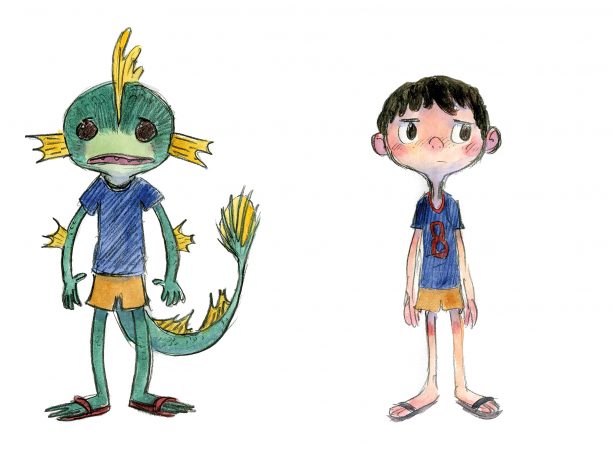 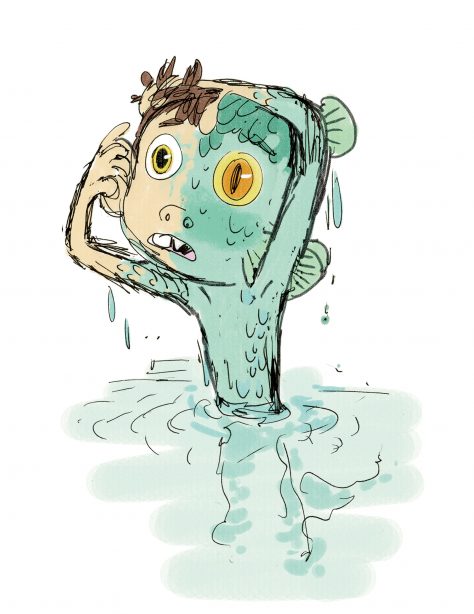 Using concept art as a starting point and following story-driven parameters, technical teams aimed to give artists the flexibility to craft the pivotal change by dictating details such as the origin and the speed of the transformation. To animate the sequence, they rigged the character models so they “had enough of the options an artist would need,” says character supervisor Beth Albright. “All the different regions of the transformation could then be adjusted separately. There are all these layers of things going on with the human skin, the sea monster skin, the octopus spots and the flipping scales, and now they could tune all of that individually—and that’s something we have never been able to do before.”

According to Albright, that type of effect would typically “go through animation, then go through an effects pass and then we would see it after the render.” They were able to save several steps making Luca, which allowed the animators to focus on the creative aspects. “Being able to pull all that back into our animation software so the animators could see it live was huge,” says Albright. “It was surprising even the first time we showed Enrico; he started to comment on the shading because he thought he was looking at a render! And we had to tell him, ‘No, this is just an animation rig. This hasn’t been rendered and it’s not shaded.’ So, that’s just one way where we were able to make that space for artists to work.”

The end result—which was developed through the continuous collaboration between multiple teams, spanning animation, art, characters, effects, lighting, simulation and tools, and global technology—is seamless and stylized. Says Skaria, “Our driving theme in technical was, ‘Let the modeler just model, and then we’ll figure out everything around it.”

“We tried to do that with the rest of our department, too,” adds Albright. “For example, when we were working on Luca’s human model and the sea monster model, even though we knew they needed to transform, we didn’t want the modeling process to be constrained by knowing they had to transform and being concerned that everything had to match up. Instead, we had the same person model both of those, Tanja Krampfert, and she worked on them simultaneously. It was always clear: ‘Make the best sea monster you can. Make the best human you can. We’ll figure out the transformation later.’ We did that at every stage.”

Luca is now streaming on Disney+.