Future designers and artists recently created a mural with Nikk Smith, a facility designer with Walt Disney Imagineering, at the annual NAACP Afro-Academic, Cultural, Technological and Scientific Olympics (ACT-SO) conference in Baltimore. Disney is a sponsor of ACT-SO, a yearlong program designed to recruit, stimulate and encourage African-American high school students in 32 areas that include STEM, humanities, business and visual and performing arts. 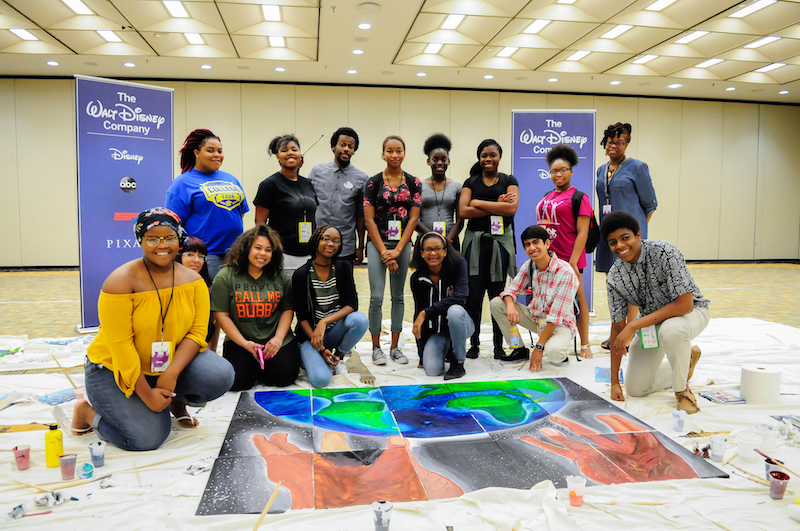 Smith led a half-day session for students interested in filmmaking and visual arts that included a brainstorming and concept development exercise focused on inspiration. Working in small groups, students developed concepts based on their ideas. Once the entire group reached consensus on a design, each team sketched and painted panels which, when placed together, formed a larger mural.

The mural project completed by the ACT-SO students is just one way that Disney employees help encourage tomorrow’s leaders in creativity and innovation. Smith also spoke at the 2016 ACT-SO conference and conducted a master class for aspiring artists. 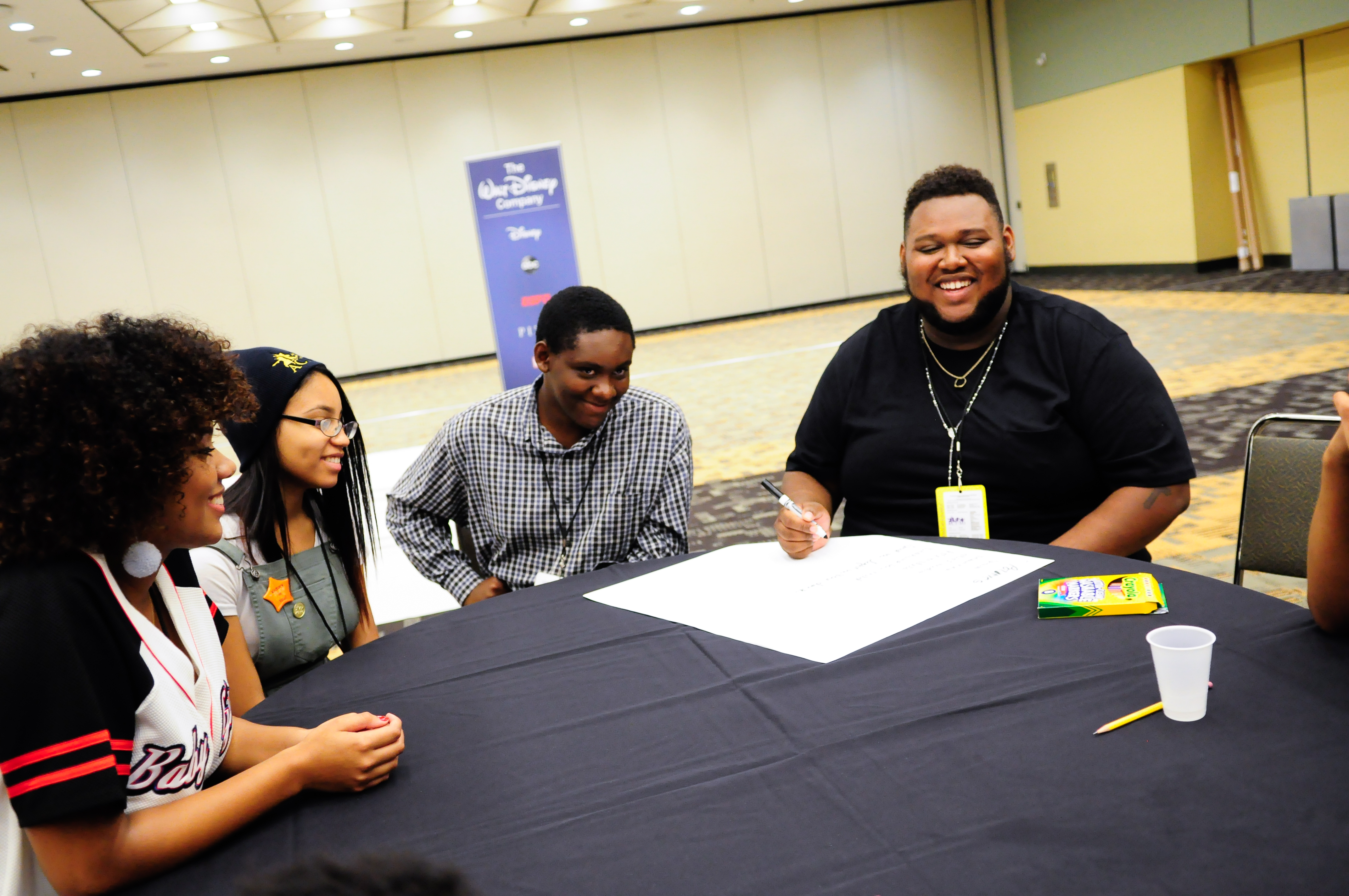 “Our ACT-SO students all have big dreams,” said Larry Brown, national director of NAACP ACT-SO. “When they have a chance to work with a professional in their field, it inspires them to keep learning and striving toward their goals.”

Students attending the conference also had an opportunity to hear Skai Jackson (“Zuri Ross”) from Disney Channel’s hit series BUNK’D and Jessie. Jackson shared insights she’s gained while pursuing her dreams. Her journey has included work in feature films as well as her television roles.