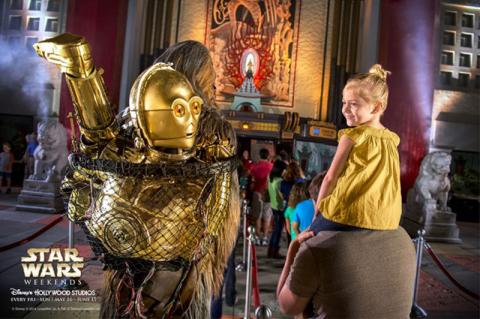 As Star Wars excitement continues throughout the month of May, the Force is at Walt Disney Parks and Resorts with the return of Star Wars Weekends to Disney’s Hollywood Studios at Walt Disney World Resort. With more than 60 characters from the Star Wars saga appearing in the theme park, celebrity appearances and special food and beverage offerings, guests can be part of the Star Wars action at every turn… every Friday, Saturday and Sunday through June 15.

For the first time in event history, Mark Hamill, the actor who brought Luke Skywalker to the silver screen in the Star Wars saga, will appear at Star Wars Weekends. Hamill will be one of the celebrity guests for Weekend IV, June 6–8, and fans can see him in the daily “Legends of the Force” Star Wars-themed motorcade and in a featured talk show. 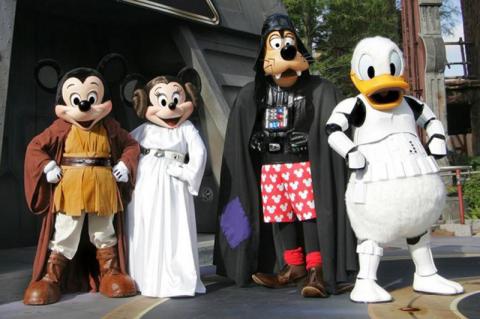 At the Star Wars – D-Tech Me experience inside Darth’s Mall, guests can imagine their ownStar Wars backstories as they create figurines in their likeness with help from the world’s highest-resolution, single-shot 3-D face scanner and a high resolution 3-D printer. 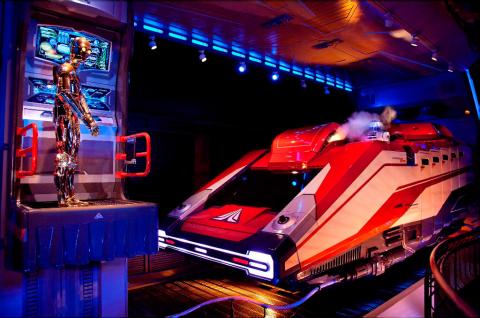 In addition to this year’s Star Wars Weekend events, guests can continue to find Star Warsat Disney Parks around the world throughout the year. For more than 25 years, and together with Lucasfilm, we have brought the imaginative universe of Star Wars to life at Disneyland, Walt Disney World, Tokyo Disney and Disneyland Paris Resorts, which all feature Star Toursattractions. Plus, special merchandise locations such as Star Traders in Tomorrowland at Disneyland Resort and Discoveryland at Disneyland Paris Resort also feature Star Warstheming and merchandise year-round!