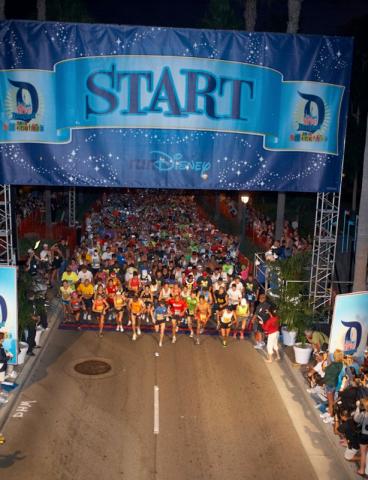 Earlier this week, runDisney announced a new Avengers Super Heroes Half Marathon Weekend event coming to Disneyland this fall for a power-packed weekend of fun with the Avengers team.

With this new race added to its portfolio, runDisney will now have eight unique race weekends throughout the year held at both Disneyland Resort in Anaheim and Walt Disney World in Orlando, where Disney characters and fans will cheer them on. From 5Ks to a marathon, and even kids runs, runDisney offers the entire family an opportunity to experience the legendary Disney entertainment and guest service, while ultimately celebrating their accomplishments with a Disney vacation—and this is what makes therunDisney business so magical.

Since 1994, runDisney has grown to become one of the largest race organizers in the United States. Between 2012 and 2013, the number of participants at runDisney events has increased by nearly 40 percent. This, combined with substantial economic impact thatrunDisney events bring to the community, makes for a winning combination for the business.

Read more about the unique runDisney business and how its success continues on the Disney Parks Blog.