Walt and Roy O. may have been the originators of The Walt Disney Company, but another Disney left his own unique mark throughout his tenure at the Company: Roy E. Disney. 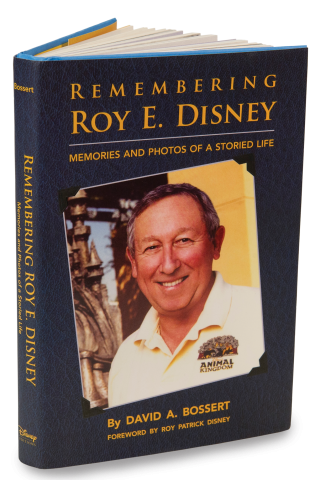 Dave Bossert, author and Walt Disney Animation Studios veteran, had an exclusive opportunity to write about the Disney luminary in his new Disney Editions bookRemembering Roy E Disney: Memories and Photos of a Storied Life.

We recently had a chance to chat with Dave about his muse and thoughts on writing this tribute to Roy E. 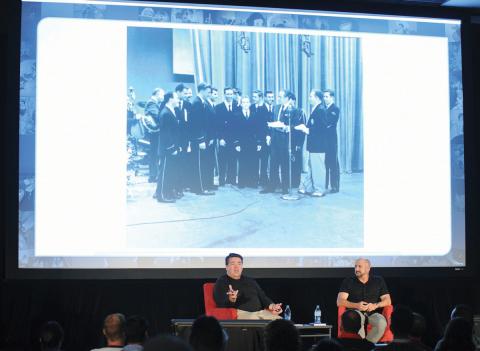 What was your inspiration for writing this revealing book?
The biggest inspiration for writing this book was Roy, all that he had done for our company, as well as everyone he touched. I want people who never had the chance to meet or work with him to know what kind of a special guy he was.
It’s always difficult to pinpoint exactly when colleagues become friends. For me, I had always looked at Roy as the “boss.” After all, his family name was on the door! That said, the longer you work with someone, the more you’re likely to become friends and trade cards at the holidays, or just get together for lunch or dinner to catch up about life instead of work. 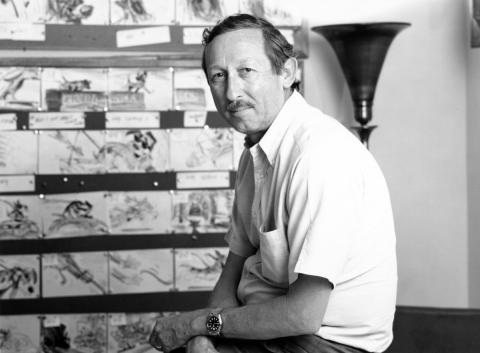 You share a lot of stories with us, but what is your most memorable experience with Roy?
I think that my most memorable experience with Roy was in Orlando, when a little girl came up to our table in a restaurant. You could tell she was really nervous, but got up the courage just to say, “Mr. Disney, thank you for building such a great park. Me and my family are having a great time here, it’s so much fun!” I still get a bit choked up when retelling that story because as an employee, you realize firsthand how what we do brings so much joy to people.

You describe Roy as very down-to-earth and a champion of your efforts since day one. What was the most rewarding project that you worked on with him?
The most rewarding project that I worked on with Roy has to be Destino. It was a project that was started in 1946 between Salvador Dali and Walt Disney, but was never completed until 2003. Thanks to Roy—he resurrected that film—we were able to finish it. It’s a beautiful piece by two of the most renowned artists of the 20th century and it was honor to be part of the team that completed it.

What do you hope readers take away from Remembering Roy E Disney: Memories and Photos of a Storied Life?
AAside from learning who Roy was as a person, I hope the biggest take away for everyone is that Disney is one of the greatdouest entertainment companies in the world, and it is rooted in family, quality and its employees. Roy once said that it is not about “I” but rather always about “we,” and when we create films, products and guest experiences that touch so many lives, that is the true magic.

We really enjoyed speaking with Dave and hearing firsthand about his experiences with Roy. If you want to read the full story, you can pick up Dave’s book at Disney Parks and wherever books are sold.