Betty White, the beloved and iconic star of The Golden Girls, passed away on Friday, December 31, 2021, just a few weeks shy of her 100th birthday. The film and television actress was named a Disney Legend—the prestigious honor bestowed upon individuals in recognition of their extraordinary contributions to The Walt Disney Company—in 2009.

“Rest in peace Betty White, our Golden Girl, our friend, and our neighbor,” said Bob Iger, Executive Chairman and Chairman of the Board, The Walt Disney Company. “Your wit, your charm, your warmth and your smile will always be with us.” 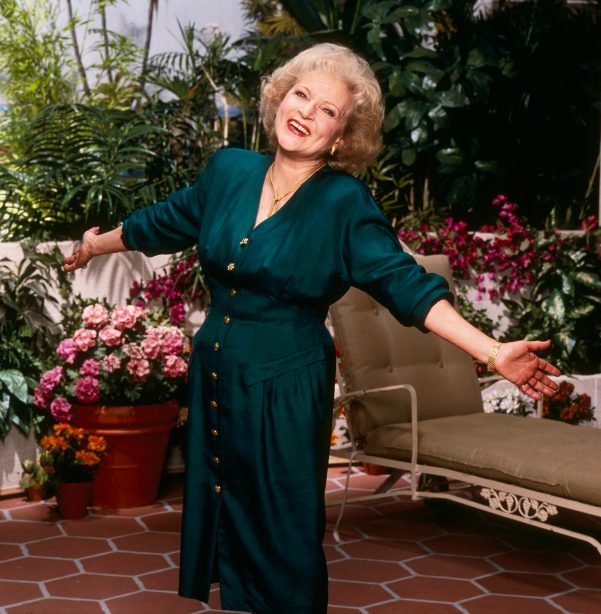 While being inducted as a Disney Legend in 2009, White exhibited her sharp wit when she joked, “I want to put to rest the rumor that somebody started that I used to babysit for Walt when he was a little boy. I didn’t!” She did, however, recall being “so excited” when the first Mickey Mouse doll was released. “I needed that Mickey Mouse doll,” White said. “My parents, bless their hearts, bought him for me—and he still stands on my desk at home.”

From the moment White appeared on television in 1950, audiences and critics fell in love with her. From her hilarious portrayal of the snide “Happy Homemaker” Sue Ann Nivens on The Mary Tyler Moore Show and her charming performance as Rose Nylund, the charmingly daft spirit she played on the Touchstone Television series The Golden Girls, to her scene-stealing role as Grandma Annie in Touchstone Pictures’ The Proposal, White quickly cemented her place as one of the most popular and beloved American actresses of all time. 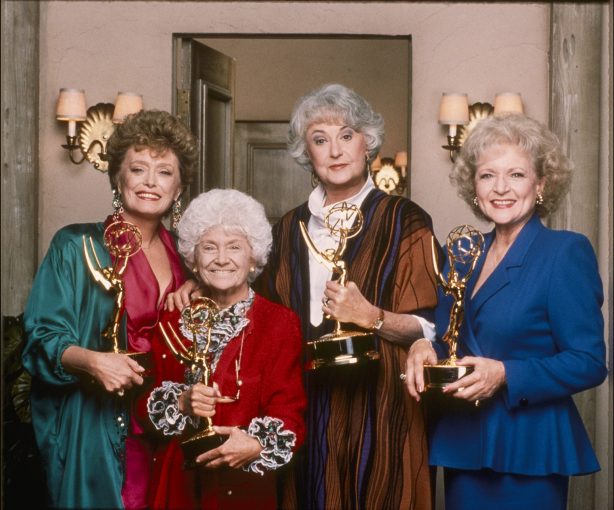 The six-time Emmy Award®-winning actress was born Betty Marion White on January 17, 1922, in Oak Park, Illinois, and raised in Southern California. After hosting a local television show, White formed her own production company in the early 1950s with producer Don Fedderson and writer George Tibbles. A pioneer of television, White was one of the first women to have control both in front of and behind the camera, and is recognized as the first woman to produce a sitcom. White’s partnership with Fedderson and Tibbles led to her debut comedy series, Life with Elizabeth, for which she won her first Emmy in 1952. White then became a mainstay on variety and game shows and was a much-in-demand regular with hosts Jack Paar, Merv Griffin, and Johnny Carson. White then appeared on The Mary Tyler Moore Show in its fourth season, and her star turn as the memorable Sue Ann Nivens resulted in two Emmy Awards for Best Supporting Actress, first in 1974-75 then in 1975-76.

Equally, if not more beloved, was her spirited performance as Rose Nylund on the critically acclaimed and breakout hit The Golden Girls (1985-1992), for which she was nominated seven times for an Emmy, winning once in 1985. The series also starred Bea Arthur, Estelle Getty, and Rue McClanahan—who, with White, were inducted as Disney Legends in 2009. 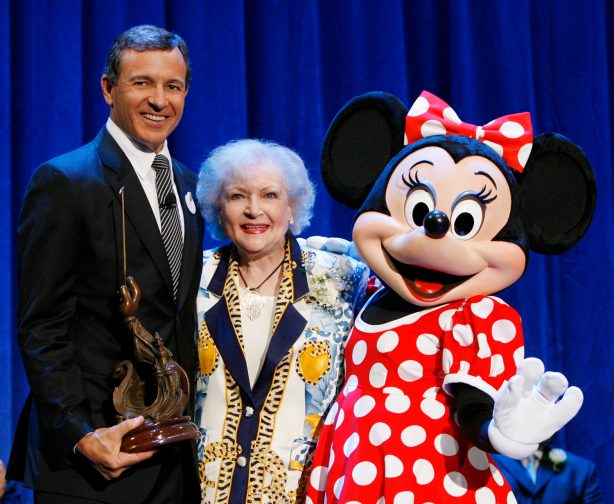 After The Golden Girls, White appeared in a spin-off series, The Golden Palace, won an Emmy for her work on The John Larroquette Show, received an Emmy nomination for Suddenly Susan, and continued to appear on television shows such as Ally McBeal, That ’70s Show, The Practice, Boston Legal, The Bold and the Beautiful, Ugly Betty, Hot in Cleveland, and Young & Hungry. White also appeared as herself in the animated series Family Guy and The Simpsons. For Disney, she performed A Conversation with Betty White, taped at the Disney-MGM Studios Theme Park (now known as Disney’s Hollywood Studios) for Disney Channel, starred in the series Empty Nest as Rose Nylund, and appeared in Maybe This Time. She supplied the voice of Round in Disney’s Whispers: An Elephant Tale. She played Mrs. Kline in the Touchstone Pictures film Bringing Down the House, opposite Disney Legend Steve Martin, and later gave a scene stealing performance as Grandma Annie in the comedy film The Proposal. In 2019, she joined the voice cast of the Disney and Pixar film Toy Story 4 as Bitey White, a toy tiger named in her honor, later reprising her role in an episode of the Disney+ Original Series Forky Asks a Question. 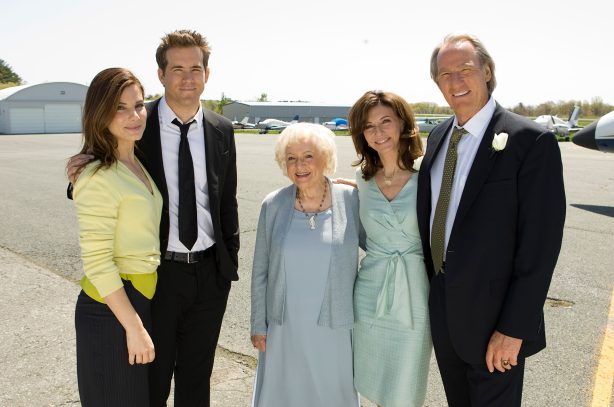 “The miracle of miracles is that I not only got to work for Disney many years ago… [but] I’m still working for Disney,” White said in 2009, quipping, “They haven’t caught on to me yet!”

White is the author or co-author of seven books, and in 2006 was honored by the City of Los Angeles as the “Ambassador to the Animals” for her lifelong work for animal welfare.

White was preceded in death by her husband, Allen Ludden.