Today Disney Chairman and CEO Bob Iger announced during The Walt Disney Company Q1 FY 17 Earnings call that Pandora – The World of Avatar, the new expansion for Disney’s Animal Kingdom inspired by the film AVATAR, will open May 27. He also revealed that the new Star Wars-themed lands at Disneyland park and Disney’s Hollywood Studios will be opening in 2019.

Created in collaboration with filmmaker James Cameron and Lightstorm Entertainment, the new land will transport guests to the mythical world of Pandora, where they’ll explore a world of floating mountains, bioluminescent plants, and join the Na’vi on two excursions that take adventure to the next level.

The family-friendly Na’vi River Journey will send guests on a boat ride through a bioluminescent rainforest, culminating with an unforgettable encounter with a Na’vi Shaman—a figure who has a deep connection to the life force of Pandora. The second excursion, Avatar Flight of Passage, will allow guests to fly through the skies over Pandora on the back of a Banshee.

Pandora – The World of Avatar will also bring new food & beverage and merchandise locations to Disney’s Animal Kingdom. Guests may dine at Satu’li Canteen, enjoy drinks at Pongu Pongu and shop for Na’vi-inspired cultural items and souvenirs at Windtraders.

The Star Wars-themed lands are the largest-ever, single-themed land expansions at Disneyland and Walt Disney World Resorts. At each location, guests will be transported to a never-before-seen planet—a remote trading port and one of the last stops before wild space—where Star Wars characters and their stories come to life. 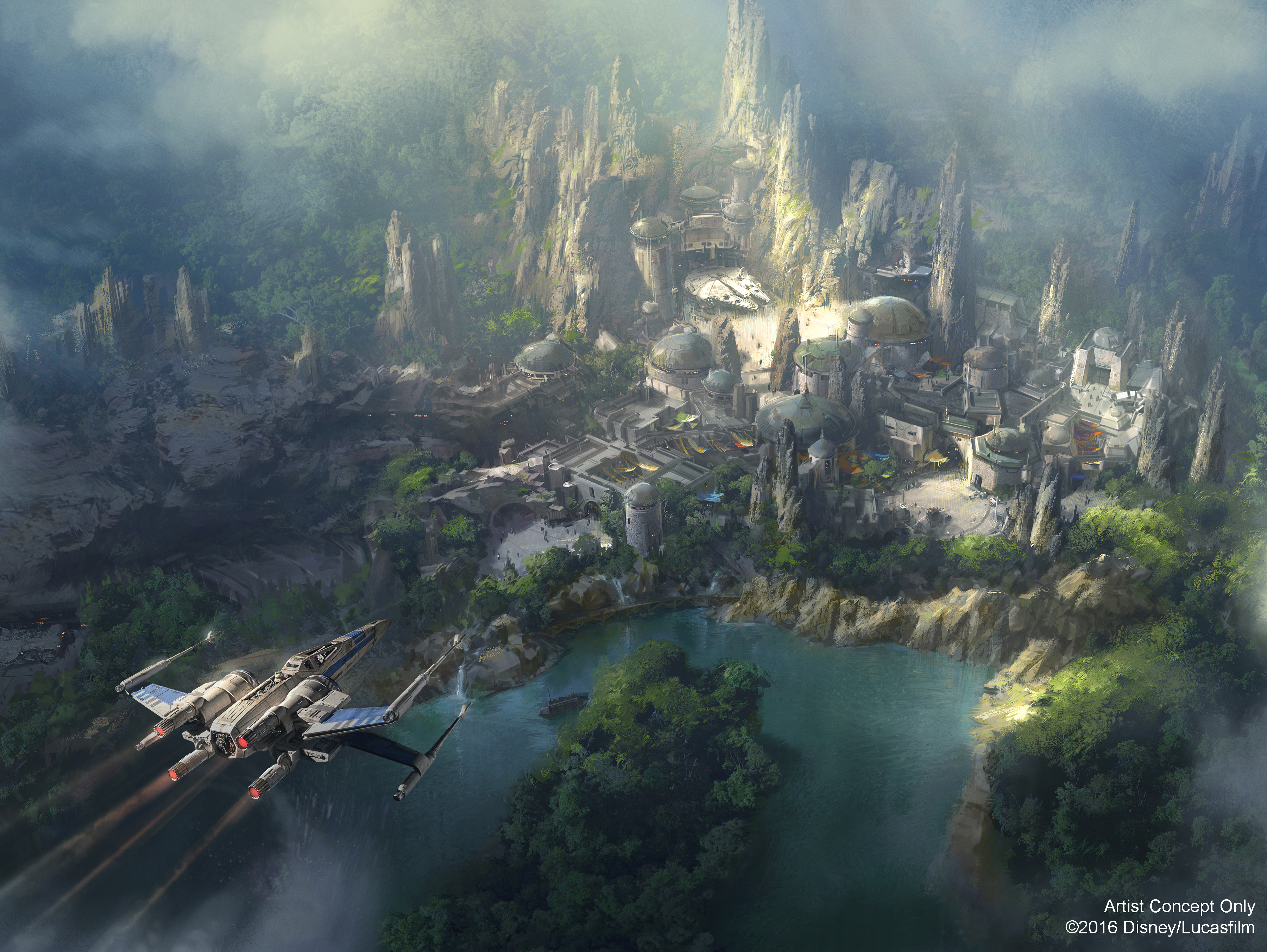 These two 14-acre lands were announced at D23 Expo 2015, with Walt Disney Parks and Resorts celebrating the official groundbreaking in California and in Florida in April 2016. The detailed lands promise to immerse guests in the Star Wars galaxy as never before.