Doreen Tracey, one of the Mickey Mouse Club’s original Mouseketeers, passed away at Los Robles Hospital in Thousand Oaks, California, on Wednesday, January 10. She was 74. Tracey, known for her vivacious personality and all-around performance skills, appeared on Disney’s classic children’s television series throughout its four-year run on the ABC television network from 1955–59. The original Mickey Mouse Club lived on in syndication for decades thereafter, entertaining generations of children around the world. 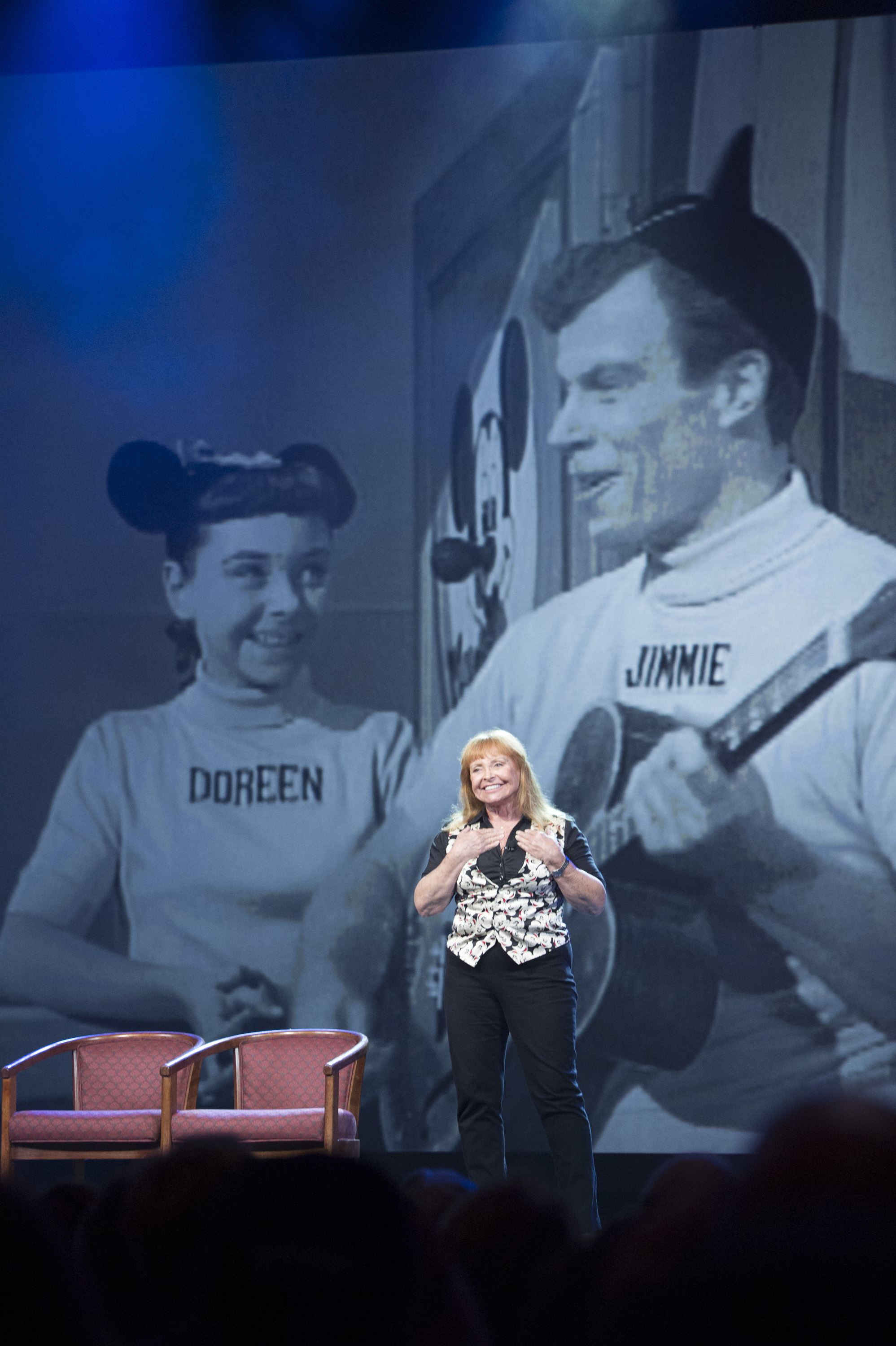 Tracey was born in London, England, on April 3, 1943, to a theatrical family. Her parents, Bessie Hay and Sid Tracey, had a vaudeville dance act known as Tracey and Hay. When Doreen was four, her family returned to the United States where her father opened a dance studio in Hollywood. It was there that she learned to sing and dance, and, at age 12, Tracey auditioned for the Mickey Mouse Club. During her tenure as a Mouseketeer, Tracey was also cast in Walt Disney Productions’ 1956 feature film Westward Ho the Wagons!, starring Fess Parker. Additionally, she went on to appear on the Mickey Mouse Club‘s “Annette” serial, and toured Australia with the Mouseketeers.

Following the Mickey Mouse Club years, in the 1960s Tracey continued her show business career, guest starring on several episodic television programs as well as touring American military bases in South Vietnam and Thailand with her own act. After returning to the U.S., she shifted gears to hold a variety of behind-the-scenes positions that included publicist to musician and composer Frank Zappa, as well as a multi-decade career in administration at Warner Bros. And while Tracey’s career took many different paths, she always remained close to her Disney roots, maintaining longtime friendships with her fellow Mouseketeers. In the ’80s, ’90s and 2000s, she co-starred with them in several Mickey Mouse Club reunion shows at Disneyland and at Disney conventions, last celebrating the show’s 60th Anniversary in 2015. “Our Dodo, as we lovingly nicknamed her, always had a smile on her face,” said fellow Mouseketeer Tommy Cole. “She never failed to make us all feel good, and we will miss her.”

Tracey is survived by her son, Bradley, and two grandchildren, Gavin, age 9, and Autumn, 12.  Bradley said of his mother, “She was very brave, very independent and very loved by her family.”