Disney’s Artemis Fowl, a breathtaking, fantastical adventure that will astonish and delight audiences of all ages, opens in U.S. theaters on May 29, 2020. A new trailer for the film debuted today.

Directed by Kenneth Branagh and based on the beloved book by Eoin Colfer, the film follows the journey of 12-year-old criminal mastermind Artemis as he searches for his missing father.

“Disney and Kenneth Branagh have magically found a way to extract my imagination, mixed in a dollop of Disney magic and projected the enchanted concoction onto the silver screen,” said Colfer. “I am very excited for audiences to see the film.”

“Eoin Colfer created a landmark series of books and a totally original world of characters,” said Branagh. “We hope that fans familiar with this charismatic anti-hero, will also join a first-time cinema audience in enjoying a sea of surprises—cunning twists and turns in a typical Artemis Fowl style. His Irish adventures are breathless, exhilarating, energized escapades on a truly global scale. Inspired by his legendary cheekiness and wit, we’ve been privileged to introduce the myth from the page and hopefully create a new hero for the big screen. It’s been a real joy to be on that ride.” 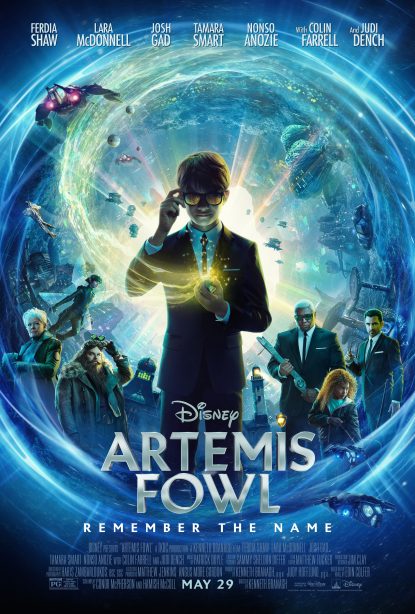