A new trailer for Disney•Pixar’s Coco was released this morning:

When aspiring musician Miguel (voice of Anthony Gonzalez) ends up in the Land of the Dead in Disney•Pixar’s Coco, his family takes him to the Department of Family Reunions, where a busy clerk (voice of Gabriel Iglesias) informs him that he’s cursed. To return to the Land of the Living, Miguel will need a magical marigold petal and the blessing of a family member—but, according to the clerk, the family member can include any condition she likes—even forbidding music forever.

Additionally, a new poster for the film was unveiled yesterday: 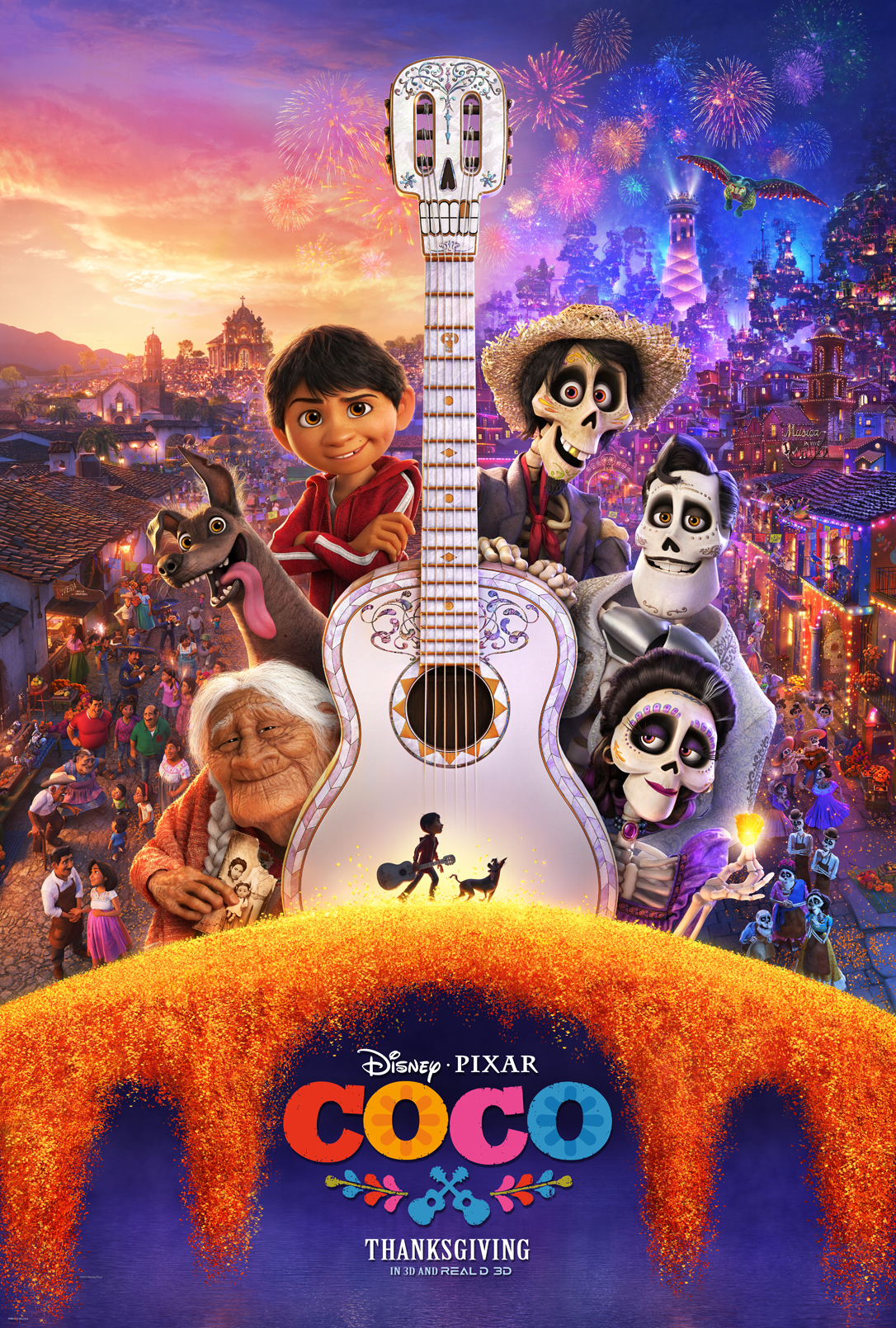