NBA Experience, a one-of-a-kind environment where guests of all ages can enter the world of professional basketball, officially opens its doors today at Disney Springs at Walt Disney World Resort. In collaboration with the NBA, Disney Imagineers developed NBA Experience as a one-of-a-kind environment packed with 13 interactive elements and hands-on activities across 44,000 square feet and two floors, giving fans a chance to feel like their favorite NBA superstar.

“NBA Experience lets everybody who loves the game, live it,” said Bob Iger, chairman and CEO of The Walt Disney Company. “We’re excited to open the doors to a fun and unique experience for fans of all ages.” 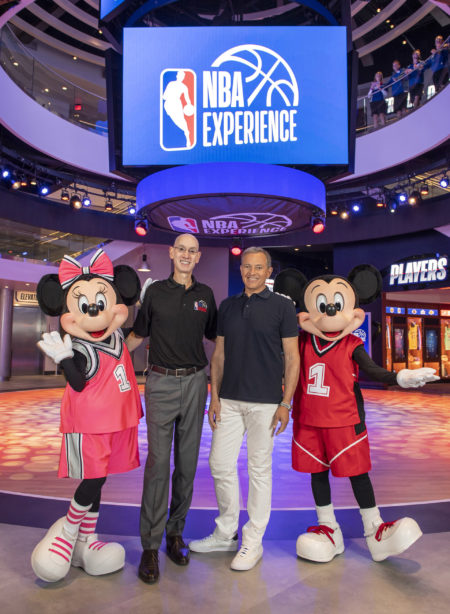 “I want to thank Bob Iger and the Walt Disney Imagineering team for capturing the authentic NBA experience at this landmark destination at Disney Springs,” said NBA Commissioner Adam Silver. “Disney creates memorable experiences better than anyone, and we are thrilled to share the excitement of NBA basketball with fans and Walt Disney World guests from around the world.” 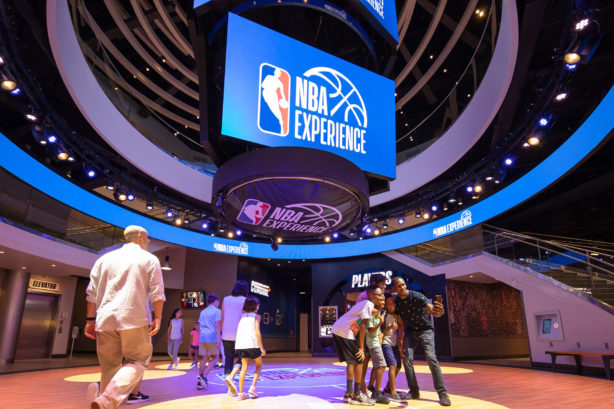 Upon entry to NBA Experience, guests will feel as if they’re walking through the players’ tunnel at an NBA or WNBA arena. A ticket to NBA Experience grants access to every activity, in any order guests choose, with the ability to return to stations to improve performances or learn more about the game, players and teams they love. In addition to competitions and games, NBA Experience also includes a retail store stocked with NBA- and WNBA-themed merchandise. 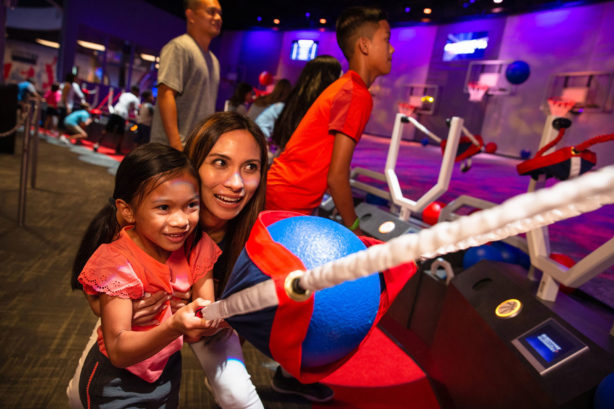 The day before the NBA Experience grand opening, ESPN Wide World of Sports Complex at Walt Disney World Resort was host to the conclusion of the second annual Jr. NBA Global Championship, which featured the top 13- and 14-year-old youth boys and girls basketball teams from around the world. Walt Disney World Resort also has a long-standing relationship with the Orlando Magic and the NBA.