Fittingly, the award was presented by the animated stars of Pixar’s very first feature, Toy Story, as Woody and Buzz took the stage in celebration of that film’s recent 20th anniversary. The award for Inside Out was accepted by director Pete Docter and producer Jonas Rivera. This marks the second feature directed by Docter and produced by Rivera to win the Oscar in the Animated Feature category; Up was the honoree in 2010. “We are so lucky… because we get to make stuff,” Docter said as the pair accepted the award for Inside Out. “This film is really born from watching our kids grow up, which is not easy. Anyone out there who’s in junior high, high school, working it out, suffering… There are days you’re going to feel sad, you’re going to feel angry, feel scared. That’s nothing you can choose, but you can make stuff. Make films, draw, write—it can make a world of difference.” 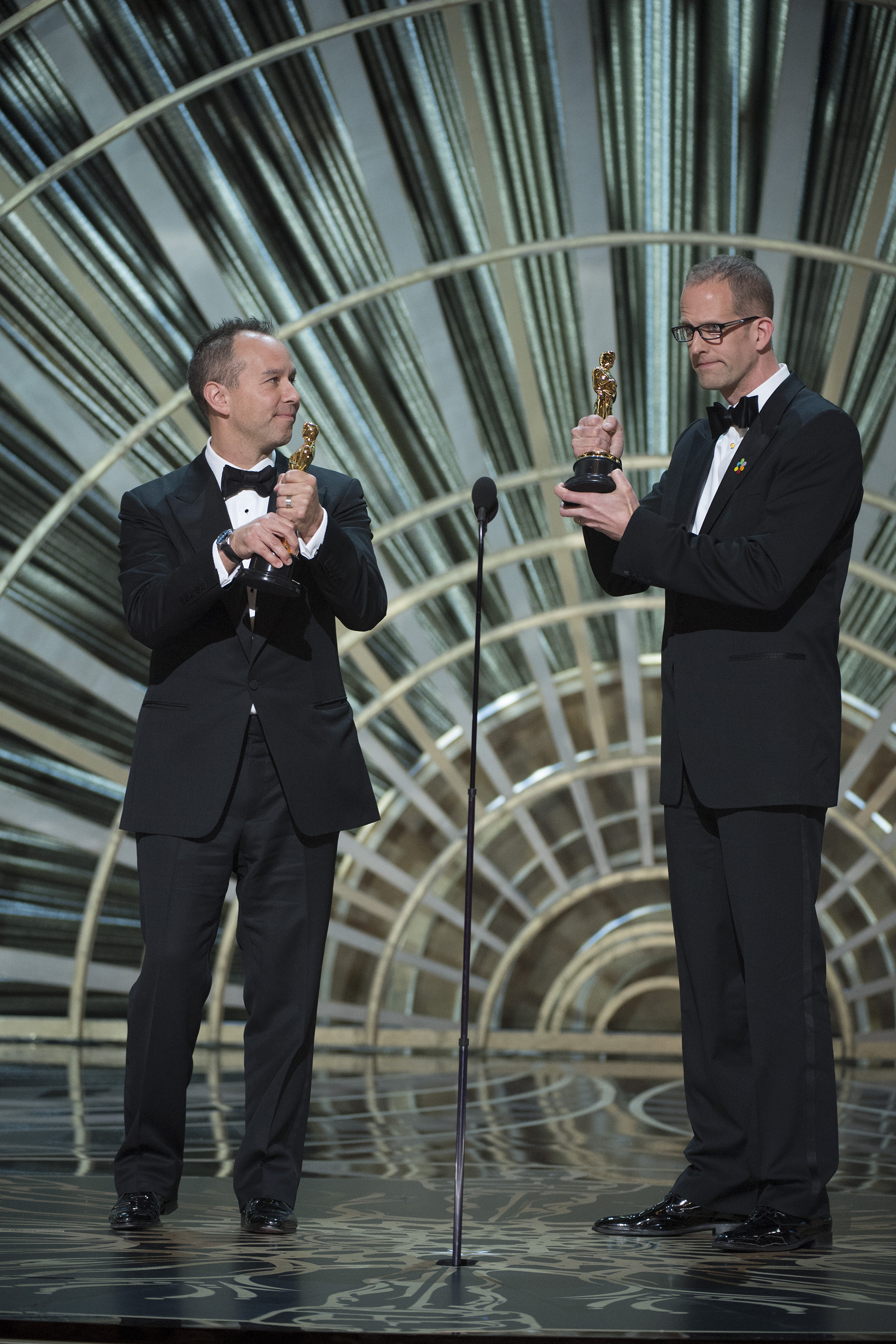 It was the second Oscar of the night for a Disney release. The other went to actor Mark Rylance, who was recognized in the Supporting Actor category for his role in the DreamWorks Studios production Bridge of Spies.

The Walt Disney Company congratulates all of this year’s Oscar winners. To see the full list of winners, visit Oscar.com.