The Walt Disney Studios announced this week that Marvel Studios’ Black Panther will arrive on Digital May 8 and on Blu-Ray May 15! Directed by Ryan Coogler, the record-breaking film has earned more than $1.3 billion worldwide in eight weeks of release and now stands among the top 10 films of all time. Black Panther’s T’Challa (Chadwick Boseman), Okoye (Danai Gurira) and Shuri (Letitia Wright) return to the screen in Avengers: Infinity War on April 27. 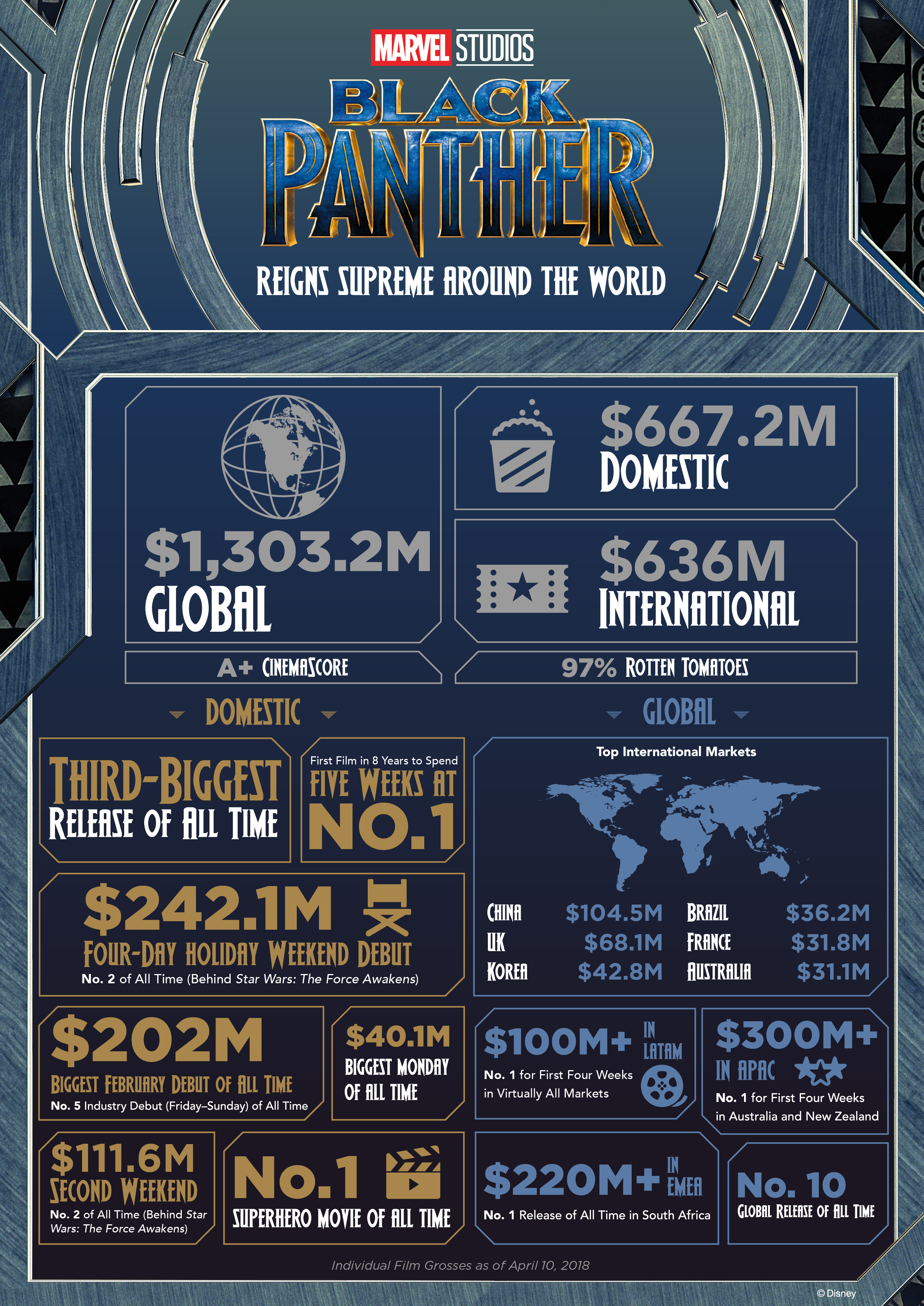