After setting the biggest domestic and global debut in history, Marvel Studios’ Avengers: Infinity War has become not only the biggest Marvel Cinematic Universe film of all time but the fourth biggest release in history with more than $2.04 billion worldwide. It became Disney’s fastest-selling digital release in its in-home debut and recently rocketed to the top of the sales charts in its Blu-ray and DVD release. Here’s a look at the film’s accomplishments around the world. 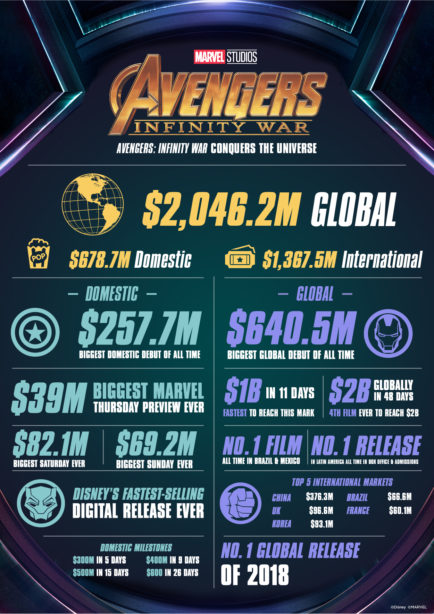