Finding the next generation of Walt Disney Imagineers is no easy feat. Since 1991, college students across the country have been afforded a unique opportunity—one that just might lead to a Disney career turning fantasy into reality. WDI Imaginations is a collegiate design competition, created by Disney Legend and Walt Disney Imagineering (WDI) executive Marty Sklar that seeks out and nurtures diverse young talent. Provided with a hypothetical “entertainment experience” challenge, students and recent graduates work in teams to deliver a concept similar to how Imagineers develop their own “blue sky” projects. Teams were challenged to design a traveling experience that could tour small towns across the United States, so that families who do not have the opportunity to travel to a Disney Park can have a Park experience. 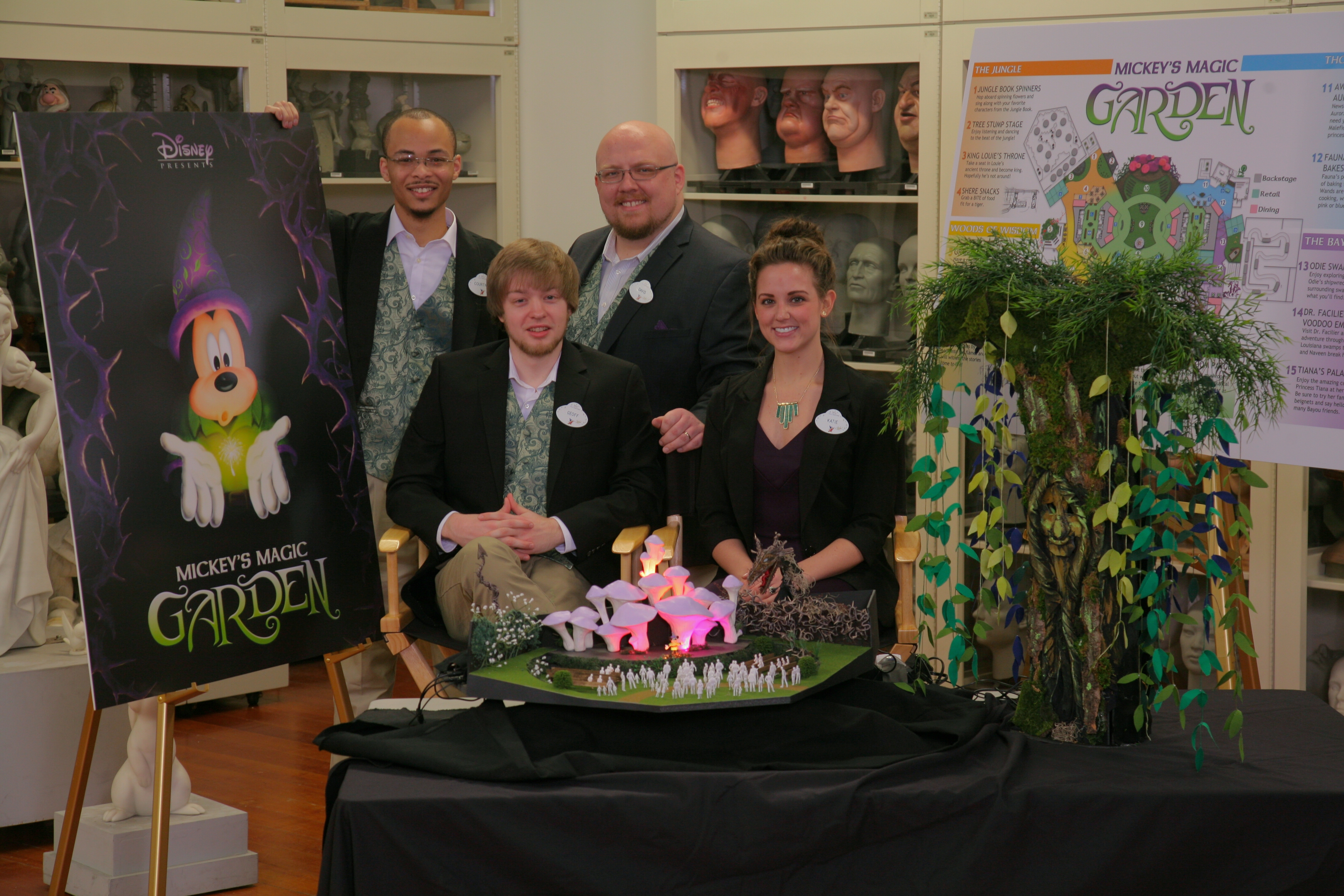 The competition—celebrating its 25th anniversary this year—recently welcomed six teams of finalists for a weeklong visit to WDI’s Glendale, California, campus, where they presented their submissions in person. A team comprised of students from Ohio University and University of Washington took top honors for their “Mickey’s Magic Garden” experience, which used the concept of an enchanted dandelion to bring Disney magic to a small town. 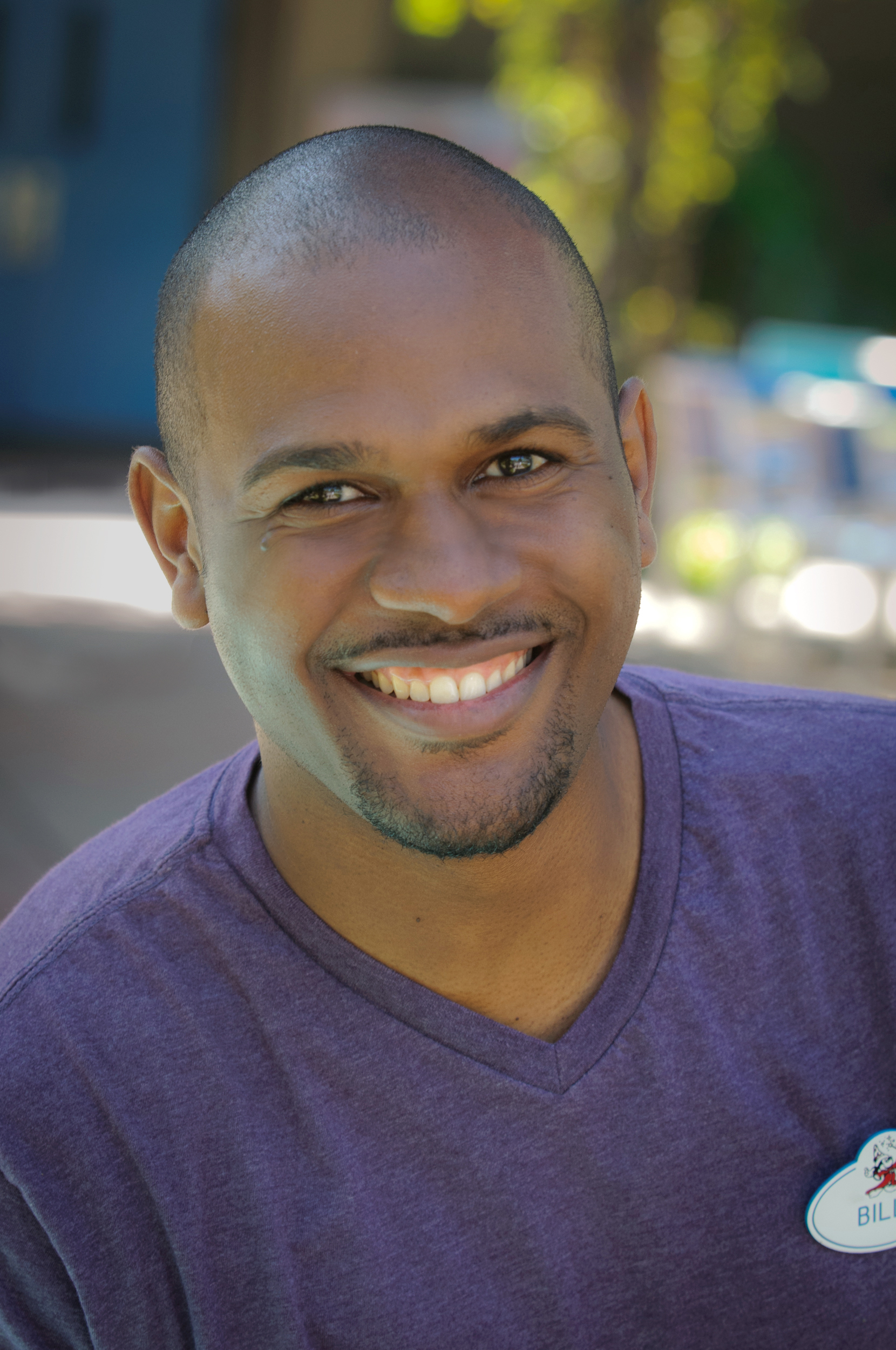 In the Q&A below, 2008 Imaginations alum Billy Almon Jr. (now a Dimensional Designer at WDI) speaks to the life-changing nature of this one-of-a-kind program.

Q: How did you discover the Imaginations competition?
Billy Almon: I first heard about Imaginations during my freshman year studying architecture at Howard University. A recruiter came out to our school to tell us about the program. I remember it almost as clear as day. She showed us a presentation that a team had done of a Dick Tracy [entertainment experience] concept, and I thought it was the coolest thing in the world—because it wasn’t just architecture; there was a story to it. I found out that you had to be a junior in order to participate, so I kind of put it towards the back of my mind.

A few years later, I had taken a class and—through a computer glitch—the grade didn’t go through. The professor told me that if I sat in the class [again] and did some other work, it would be fine. So I went to the class, and he was telling his latest batch of students that there was an alternative: They could either do the coursework, or they could enter the Imaginations competition—it turned out that he was an alum of the competition himself! So, just through the fluke of being in that class that day, and that computer glitch, I had another opportunity to enter the competition. And I jumped on it!

Q: How familiar were you with Disney before Imaginations? Had you ever thought about working for the company?
Billy Almon: I didn’t know much. Going to Disneyland Resort as part of the Imaginations program was my first time ever going to a Disney park! What I can tell you is that, as a kid, I wanted to be an inventor—[but] I didn’t think that that was a “thing” growing up. The closest I got to that was studying architecture. It wasn’t until I started working here at Disney that I remembered that I wanted to be an inventor as a child, and being here has brought me as close to that desire as I’ve ever been in my life. Once I became more familiar with the history of Walt Disney and the history of Imagineering—as cheesy as this might sound—it was the first time I felt like anything’s possible, if you’re willing to figure it out.

Q: Do you have a favorite memory from working on your Imaginations challenge in 2008?
Billy Almon: I have a few, actually. For the design of our attraction, we were [replicating the experience of] playing football. And so we’d come up with this shoulder-pad harness that simulated you being hit by another football player; it would inflate to give you the sense that someone was trying to tackle you. And there was this one day where we were trying to see how that would feel, in this harness concept that we came up with. I had to put a stool on top of a table and then sit on the edge of that stool, while someone held my belt buckle from behind, to see if that feeling [from the harness] was compelling enough to give you the sense that you actually feel like you’re running. So I’m on top of this stool, on top of this table, praying that they don’t let go and that I don’t fall on my face!

From a creative perspective, just being able to get as granular as our team did in terms of—What does this experience smell like? What do you feel? What are the textures? What’s the temperature like in this place? It was immeasurably rewarding to get into that level of detail for something that we were creating. It was the first taste of actual “Imagineering” that I’d had, and it really made me want to work for Disney after the competition.

Q: How did Imaginations change the trajectory of your career?
Billy Almon: By the time we found out we were finalists [in 2008], I’d been contacted to be one of four participants in WDI’s pilot Blue Sky Internship Program. It was myself, and three other finalists from three other teams. So I had my first internship in the Blue Sky area, which was fantastic. And then I went back to school and finished my last year—and two weeks before graduating, I got a call from Jon Georges, who was the head of the Blue Sky department at the time, asking me if I’d be interested in coming back.

Q: What would you say to a college student who’s considering taking part in Imaginations?
Billy Almon: Do it. It will change your life. The experience of Imaginations is so rewarding, especially with the caliber of people you come into contact with. I developed some great friendships and relationships with people who have mentored me [along the way]. I wouldn’t be the Imagineer that I am today—or the person I am today, for that matter—had I not gone through Imaginations. I’m more proud of who I am, and what I’ve accomplished, because of the experiences that I’ve had as a result of the Imaginations program.