What makes Disney unique is that its stories mean something to people; they inspire, give hope, unite people and illuminate the world around us, creating lasting memories. The Proud Family: Louder and Prouder is merely the latest example of that principle. “We strived for nuanced storytelling that showed the reality of a Black family as seen through the eyes of a 14-year-old Black girl,” Farquhar says. “We did it before, and we’ve doubled down on it this time around. At the core of every episode is a strong relatable, story with an emotional resolution.” 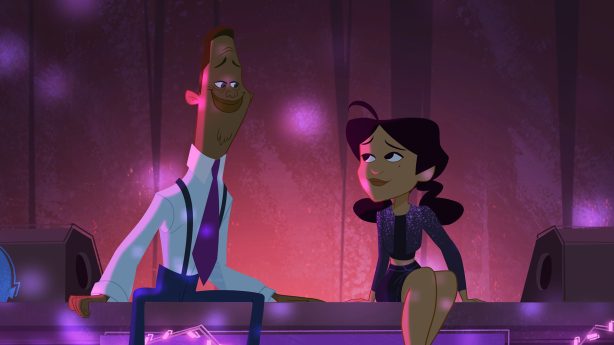 According to the executive producers, The Proud Family: Louder and Prouder is proof that specificity of story allows the audience to see the universality of people’s experiences. And, just like the original series, the revival focuses on “important topics that resonated with us and with our community,” Smith adds. “But the thing was, we could only say so much back then; we had to dance around it. This time around, we were encouraged to simply be truthful in our storytelling. And in doing that, we were able to create these multi-layered characters who now speak their truths in very humorous, very deep ways.”

Smith and Farquhar credit the series’ authenticity with hiring a diverse creative team, which includes co-executive producer Calvin Brown, Jr., producer Jan Hirota and art director Eastwood Wong. “We have diverse writers. We have diverse artists. We have two Black female directors, which is unheard of in animation,” Farquhar says. “All of these things come to bear on the final product. The other interesting thing is that most of the people working on the show now were fans of the original show back in the day. I describe it as being the ultimate fan art, if you will. Bruce and I guide the ship, but the writers, the artists and the directors are the ones bringing in the authentic points of view.” 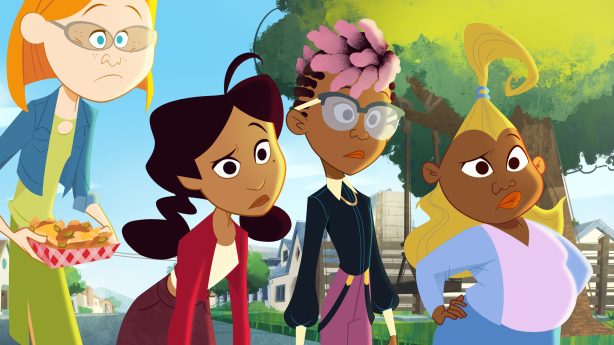 For example, The Proud Family: Louder and Prouder introduces three new LGBTQ characters, including a nonconforming trendsetter, voiced by EJ Johnson, and a mixed-raced married couple with two children, voiced by Billy Porter and Zachary Quinto. “It’s so powerful,” Johnson says of seeing an oft marginalized community represented. “I’m excited to see characters like this come to life. This is the beginning, and I’m so proud to be on the forefront of this new movement.”

Tommy Davidson, who voices Penny’s father, Oscar Proud, adds, “We’ve gone to areas of our society that used to be taboo and aren’t anymore. And that’s the best part of the show, because we’re moving with society’s trajectory—and everybody is included. They were back then, but a lot has changed, and the show changed with it. So, the culmination of 20 years passing before The Proud Family reappeared is actually kind of a little miracle.”