Disney and Pixar’s sci-fi action-adventure Lightyear tells the definitive origin story of Buzz Lightyear, the hero who inspired the toy. The film—now playing exclusively in theaters—begins with Buzz (voiced by Chris Evans) leading a crew of more than 1,000 scientists and technicians home on the heels of a successful mission. Things go awry when he takes a detour to explore an uncharted but potentially resource-rich planet. After they become marooned on this hostile new world, it’s up to Buzz to save the day.

To bring this ambitious, out-of-this-world adventure to life, director Angus MacLane and producer Galyn Susman relied not just on their imaginations, but on the expertise of NASA’s Shane Kimbrough, Kjell N. Lindgren, Nicole Aunapu Mann, Thomas H. Marshburn, and Shaneequa Vereen. “I went to college as a physics major hoping to be an astronaut, so when we started working on this film, I was certain we had to get a research trip to NASA,” Susman says. “We tend to be a bit obsessive about research at Pixar. The goal was to take our key creatives and expose them to the people, the environments, and the experiences that would impact the film’s design and language.” 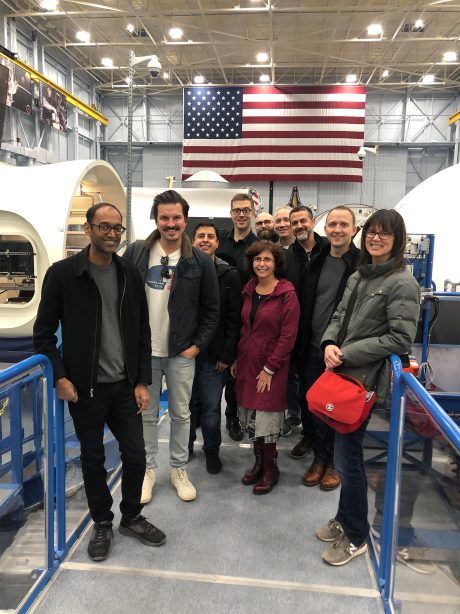 Early in the production process, the Lightyear team was invited to participate in a “comprehensive, multi-day exploration of the Johnson Space Center in Houston,” Sussman continues. “We saw the original control center for the Apollo missions, as well as the one being used today to track the International Space Station (ISS) [where Marshburn was stationed]. We learned about spacesuit construction. We saw buttons, switches, knobs, dials, and badges, and we were guided through a replica of the ISS U.S. quarters and the labs.”

The research trip was invaluable, according to production designer Tim Evatt. “We had a crash course on space travel. We got to hang out with the astronauts and ask them anything,” Evatt recalls. “They took us around, and we went to the original mission control center and training flight simulators where they prepare astronauts for space.”

As the Pixar team learned all about the practical and theoretical elements of intergalactic exploration, the NASA team in turn learned what goes into moviemaking. “I never would’ve imagined that I’d have a chance to do this,” Marshburn confesses. “I did have a creative background, as many astronauts do. So, to get a little window into this world, and to work with such wonderful creators like Angus and Galyn, was great fun. I just talked about what I know, which is space flight and what it’s like to be there. It was fascinating to see their minds at work at the Johnson Space Center. I’d be showing them this gorgeous, huge, technical marvel of a 90-foot-high vacuum chamber, and then I’d turn around to find them looking at the little details on the walls and on the floors. They were gathering all the information they could, not just what I find spectacular. So, to be a part of that whole creative process has been a great joy.”

The feeling was mutual, of course. And the icing on the cake? “Tom brought our picture up to the ISS and put it in the cupola [pictured below],” Susman reveals. “We’ve been in space!” 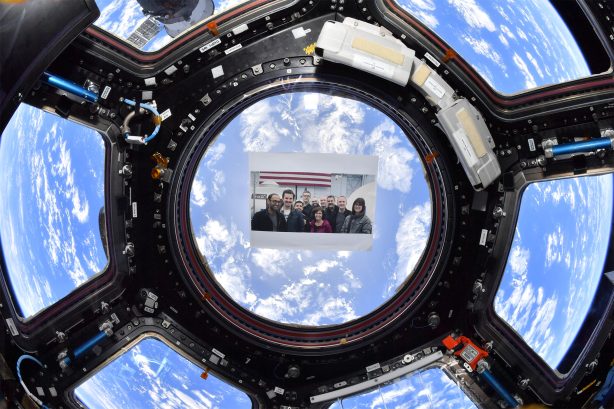