For as long as The Hulk has appeared on the silver screen, he’s been either Bruce Banner or “the other guy”—never both. But Marvel Studios’ Avengers: Endgame, the epic conclusion of the Infinity Saga, introduced a character who’d managed to marry the two. “One of the biggest challenges of Avengers: Endgame was the creation of the new Hulk,” says visual effects supervisor Dan DeLeeuw. “In this incarnation, Banner has reconciled with the Hulk and has become a merged character. He is the best of both worlds, with the intelligence of Banner and the brawn of Hulk.”

Under the watchful eye of visual effects supervisor Russell Earl, Industrial Light & Magic (ILM) used Anyma, a technology DisneyResearch|Studios (DRS) created in 2015 and continued to develop for years, to bring him to life. Unlike its predecessor, Medusa, which got its name from Greek mythology, Anyma is an “artificial word,” explains principal research scientist Thabo Beeler. “The word contains ‘animation,’ but ‘anima’ in Latin also means ‘soul,’ and that’s what we wanted to get to: We wanted to capture the soul of the actor.” Building upon Medusa’s award-winning motion capture technology, Anyma takes filmmaking to the next level. “You can set up cameras that are farther away, so actors can actually move around and they can truly perform,” Beeler says. “It’s very flexible, because it leverages the shapes you acquire with Medusa, and through this, it builds a very specific digital puppet of the actor.” As a result, senior research scientist Derek Bradley believes Anyma is “defining the next generation of performance capture.”

“Typically, such innovations build on top of each other. They’re built on experience, and one idea leads to the next one,” says Markus Gross, vice president of Research. “All the experience and the expertise Thabo, Derek, and their team collected during the designing and the conceiving of Medusa inspired them to create Anyma.” 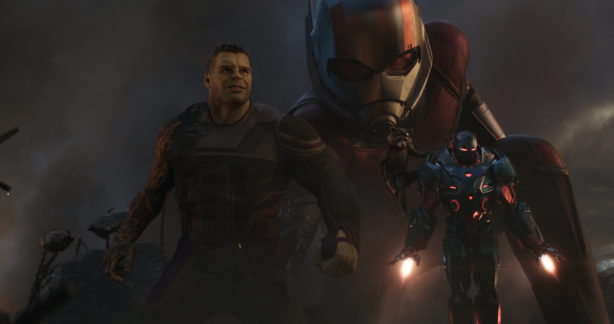 “The wonderful performance delivered by Mark Ruffalo was subtle and nuanced,” adds Earl. “Mark has very distinct facial movements and a subtle asymmetry that make him unique. This in turn required a higher level of fidelity in our facial solves. We started with the robust facial system in place at ILM, but after seeing the initial results from Anyma, we felt it could be instrumental in achieving this higher level of fidelity and provide more control over the ultimate solved capture data, which our artists could process using our proprietary retargeting system, and apply to our Hulk character model.”

Anyma is now being integrated into other Disney productions by ILM and will only lead to further advancements. “I think what’s really important to emphasize is that this requires a long-term strategy,” Gross says. “This is what DRS stands for as an institution, as an organization within the company. Our aim is to push the forefront of technological innovations in service of our film production business.” Gross is particularly grateful to David Taritero, senior vice president of Visual Effects and Production, as he “saw our early prototypes and believed in our potential.”

Given all that DRS has accomplished, Taritero saw no reason to doubt the team. “Their collaborative spirit and their commitment to over-delivering has made their entry into these processes an easy sell to producers and VFX facilities alike,” Taritero says. “The finished product is consistently better utilizing DRS technology than it would have been without.”