Okay, this is a little embarrassing, but when I found out that I got the part for Austin & Ally, I literally jumped up and down on my bed out of excitement. I just couldn’t help it! I had grown up with Disney Channel, and let’s be honest, who wouldn’t be thrilled about being on a Disney show? And this opportunity turned out to be way better than I ever could have imagined. I joined the Disney family and got the chance to do what I love every day, and on top of that, I’m also able to give to my community in so many ways. 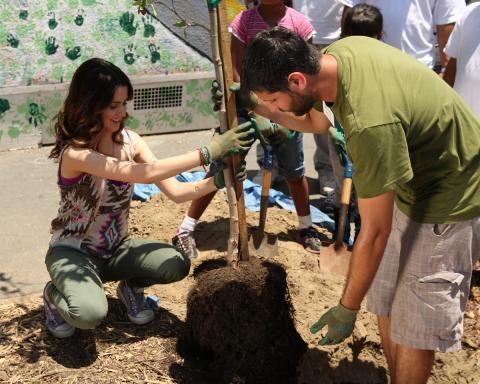 After I had a completely incredible time working on the first season of Austin & Ally, I got the chance to be a part of Disney Friends for Change, an initiative that inspires kids to make a positive impact on the world with their friends and families. When my co-star Ross Lynch and I were approached to be Disney Friends for Change Ambassadors, we were beyond excited! Not only did I become an ambassador for the first time (and advocate to help the environment—which is a cause I really support), but I also worked with organizations that endorsed ideas I truly believe in—every single person has the power to positively change the world.

We occasionally hear the phrase “You can change the world” growing up. Our parents or teachers would tell us, but sometimes it can be a challenging idea to grasp. How can just one person actually change the world? Well, as I saw through my work with Disney Friends for Change, if you devote yourself to a cause you care about, that idea becomes an undeniable reality.

My first experience with Disney Friends for Change immediately solidified that concept. I was in Florida for the Disney Friends for Change Youth Summit, which recognized youth efforts to change the world. Nearly 100 kids gathered for a workshop that was dedicated to thinking of ways to help the world. Let me point out that these kids, whose ages ranged from 10–18, were incredible! They were all leaders promoting positive changes in their communities. Some started awareness programs in their schools and neighborhoods, and some of them even started their own nonprofit organizations. When I saw and heard about the amazing changes these kids were bringing to their communities, I can’t even begin to explain how much they inspired me. And I also learned a simple lesson that I want to share with you: You don’t need to travel across the world to bring about change; you can literally start in your own neighborhood. 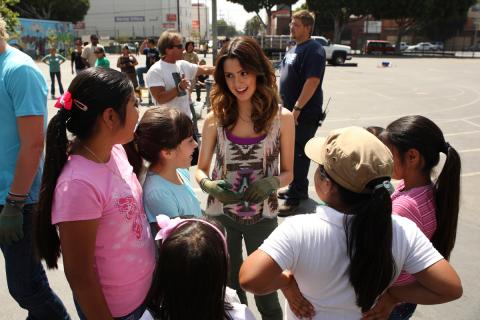 Being a part of the Disney family has been life changing in several ways. I have had an incredible amount of fun working on the show. I have worked with people who have become a huge part of my life and, most importantly, I have a platform I can use to help kids. A big part of my job as a volunteer involves using my voice to spread the word about things going on in the world. I hope that by speaking out about different issues, I can help inspire kids to do the same. When kids realize they have a voice (and a really powerful one at that), they find out that they can be the voice for children who don’t necessarily have the same privilege to be heard around the world. We all have the capability to create a brighter tomorrow. We just need to start doing it!