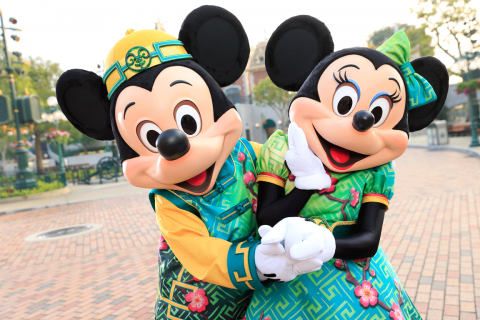 Yesterday, Hong Kong Disneyland announced their fifth consecutive record-breaking year as the resort reported its Annual Business Review. The financial performance was paired with another record achievement: During the year, the resort welcomed its 50 millionth guest. Hong Kong Disneyland recently completed a series of expansions that have turned out to be guest favorites. The spirited Gold Rush town of Grizzly Gulch, the mysterious world of Mystic Point, the immersive Toy Story Land experience and Disney Paint the Night nighttime spectacular have each been delighting guests since their debuts.

Even with these enhancements, Hong Kong Disneyland has plenty more magical experiences planned for the near future. There are exciting projects in the pipeline over the next two years, including its 10th anniversary celebration. To read more about what the resort has in store—like the Iron Man Experience and Disney Explorers Lodge—visit the Disney Parks Blog.