On this Thanksgiving day, we bring you a rare piece of art from 1951, which was released to help promote the 1952 re-release of the Disney masterpiece, Snow White and the Seven Dwarfs. 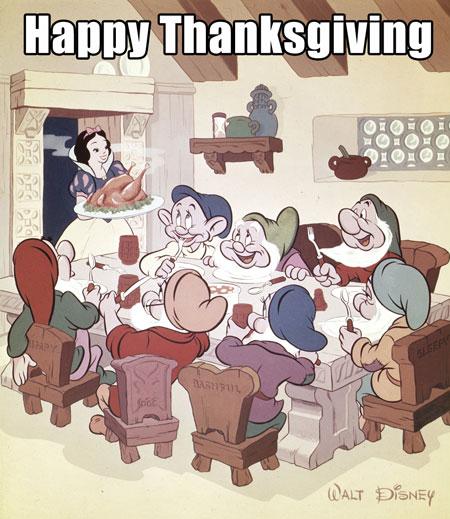 The classic film was originally released in 1937, and then again during World War II to help raise revenue for the studio, which had experienced a slowdown because of the war. Bringing the “fairest one of all” back after the war was so popular that it began a tradition of re-releasing Disney animated features every seven to 10 years.

In total, Snow White and the Seven Dwarfs has been released nine times domestically since making its debut.

From all of us here at The Walt Disney Company, we’d like to wish you and your family a very wonderful Thanksgiving!