Today, ESPN executives are featured on the cover of CableFax Magazine’s Most Powerful Women issue. The nine executives spotlighted in the magazine were honored for their inclusion on the CableFax Most Powerful Women list at a luncheon in New York City attended by ESPN President John Skipper, along with ESPN anchor and host Hannah Storm, and many ESPN women and senior executives. 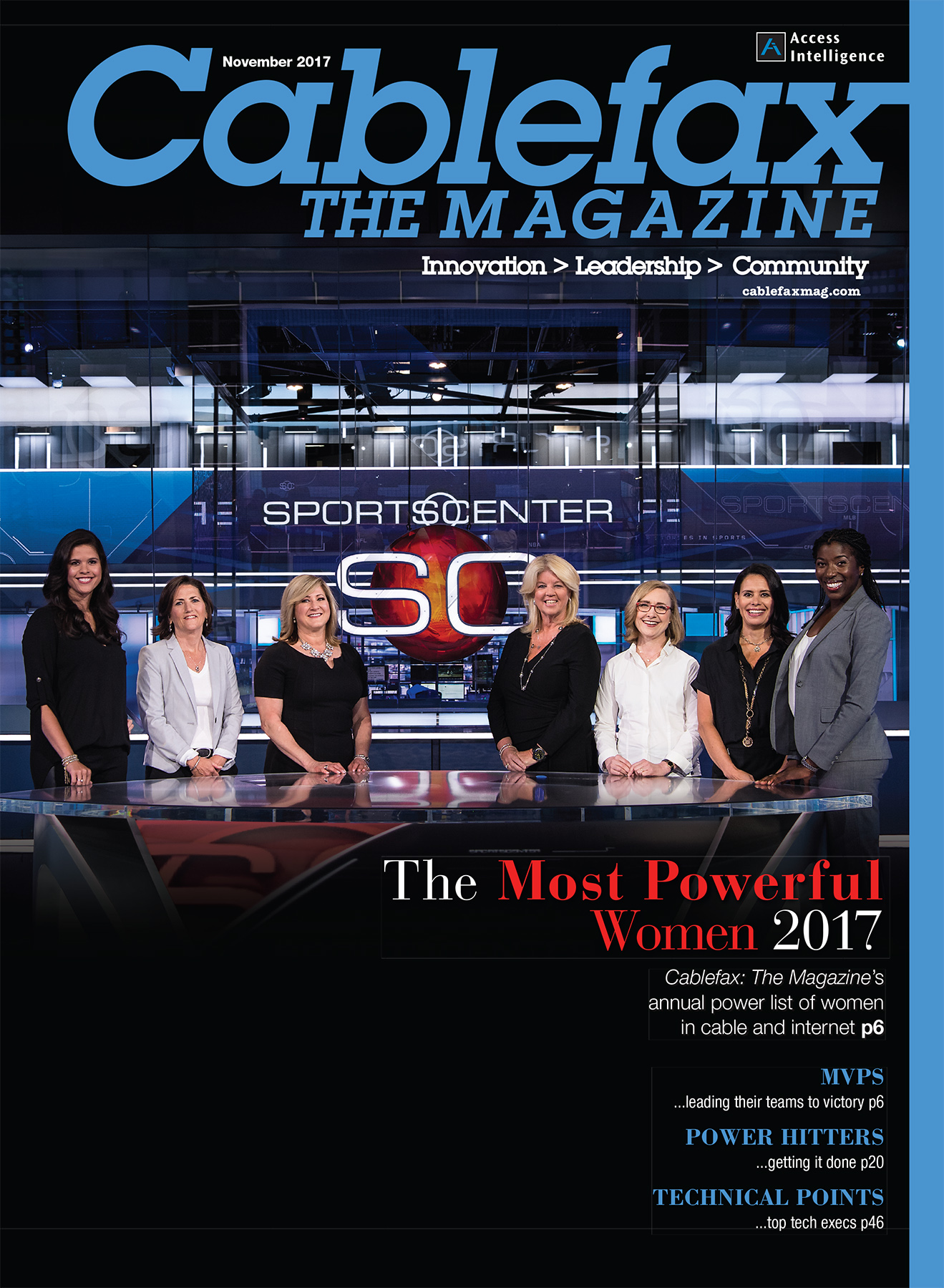 In compiling the annual list, CableFax looks for companies with a significant number of women in leadership roles. “ESPN certainly ticked that box, from CFO, Christine Driessen, to Alison Overholt, the editor-in-chief of ESPN The Magazine, and several other SVPs and EVPs of the company,” noted CableFax Editorial Director Amy Maclean in a video shared by ESPN Front Row, adding, “We were also impressed by what ESPN is doing on camera.”

ESPN has made great strides in placing women in influential roles both in business and on air.  The company has received accolades recently with Doris Burke being named the first-ever female to become a full-time NBA game analyst and Beth Mowins the first woman to call a regular-season NFL game since 1987.

ESPN Front Row will celebrate these women over the next week with a series of videos that feature each honoree and her contributions to the company.