This year, the Disney Worldwide Conservation Fund (DWCF) is proud to recognize six recipients of the “Disney Conservation Hero” award, honoring individuals whose passion and dedication enable the success of conservation projects around the world.

The award recognizes local citizens for their tireless efforts to save wildlife, protect habitats, and educate communities.  Individuals were nominated by non-profit environmental organizations and Association of Zoo and Aquariums (AZA) facilities committed to field conservation programs.

Each award recipient and their nominating organization will share a $1,000 award from DWCF.  This year’s recipients include:

Antonio Urbana, Zoo Atlanta and Zootropic: Urbana has been involved in Zootropic’s conservation education efforts in Guatemala since 1999.  As Director of Educational Programs, he was tasked with finding new and engaging ways to encourage the protection of the highly endangered beaded lizard and the arboreal alligator lizard.  To overcome misconceptions about these often feared and misunderstood species, Urbana invented a character, Chepe Mazcuata, to share his conservation message and his passion for nature with villages across Guatemala.  Urbana has helped to teach more than 100,000 children and adults.  His ability to engage colleagues and make friends has enabled his research partners to study and preserve undisturbed forest regions that no one has been able to visit for decades due to local village ownership agreements. 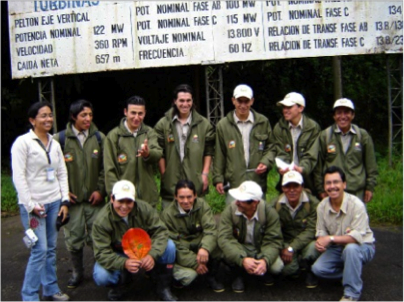 Corps of Community Park Guards, University of Wisconsin Foundation and Fundación Cordillera Tropical:The ten members of the Corps of Community Park Guards at Sangay National Park in Ecuador are responsible for patrolling Ecuador’s largest protected area on the eastern Andes.  This diverse team represents seven local communities and spends ten-hour field days monitoring camera traps designed to capture images of the elusive and locally endangered Andean bear, as well as regulating illegal activity in the park.  As conservation educators, the team has trained 55 teachers in the use of an Andean bear workbook the team produced, and additionally reached 160 local school children in seven schools, inspiring conservation values and instilling a desire in their students to continue their education.  Since its creation, the team’s dedication has aided in the protection of 20,000 hectares of bear habitat, the identification of 24 bears in the area, and made education and research work possible. 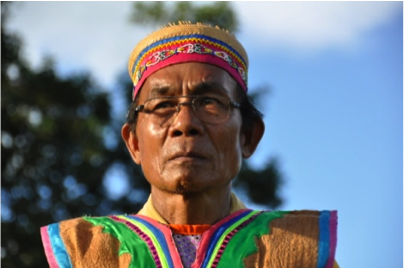 Ledjie Taq, Integrated Conservation: Ledjie Taq, tribal leader of the Wehea Dayek in the Indonesian province of East Kalimantan, led efforts declare the 38,000 hectares of remaining Wahea Forest as locally protected acting upon a fear that the entirety of their local forest may be lost to deforestation.  With the help of Integrated Conservation, Ledjie Taq has taken steps to build a sustainable conservation program, including conducting a forest biodiversity study, enlisting forest guards from the community, and instituting the Rediscovery Program, which partners local youth with elders to learn traditional knowledge connected with nature.  In recognition of his bold and visionary leadership, President Susilo Bambang Yudhoyono of Indonesia awarded Ledjie Taq the prestigious Bintang Jasa Pratama medal in 2009.

David Ngala, Peregrine Fund: Ngala grew up along the western edge of the Arabuku-Sokoke Forest (ASF) in Kenya, and developed a passion for nature that was strengthened during a University of East Anglia ASF expedition to record and survey endemic birds.  Ngala also developed a fascination for birds and a mastery of identification skills, leading him to become a much sought-after expert and to contribute to scientific research in the area, including two projects funded by the DWCF.  Ngala has located over 1,453 animal traps, helped arrest poachers, documented all the footpaths that poachers use to get into the forest, and located close to 900 paths around the perimeter of the forest.  Ngala has also visited all 52 villages that surround the ASF, as well as created three community conservation groups to encourage conservation of the forest and its resources, and discourage activities such as illegal poaching. 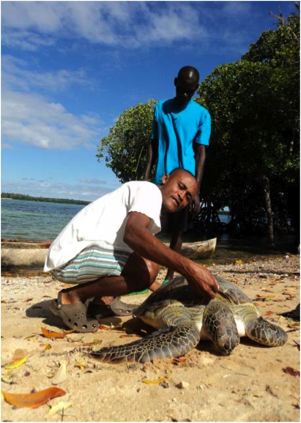 Fikri Kiponda, Local Ocean Trust: Watamu Turtle Watch, with Fauna & Flora International: Kiponda was inspired after observing sea turtle hatchlings making their way to the ocean one night during a walk along the beach.  He began volunteering with Watamu Turtle Watch.  Kiponda’s interest and volunteer efforts led him away from his previous work as a storekeeper for a local hotel to eventually take on the position of Watamu Turtle Watch and Marine Conservation Program Manager.  Dedicated to his work, Kiponda has worked long days, and learned to care for injured sea turtlesand to conserve and protect sea turtle nests.  He has also built strong relationships with the local fishers, expanding the organization’s network from 4 to more than 300 fishermen, and has begun learning Italian so he can better share conservation messages with all of Watamu’s visitors.

Since 2004, Disney has honored nearly 70 people around the world for their extraordinary conservation efforts.