Disney’s The Lion King, the musical based on the 1994 animated film, just entered its 17th year on Broadway—making it the fourth longest-running and all-time highest grossing musical on the Great White Way. But did you know that more than 70 million people around the globe have seen a performance of Disney’s The Lion King? Tours and sit-down productions have delighted audiences from across North America and Japan to the United Kingdom. 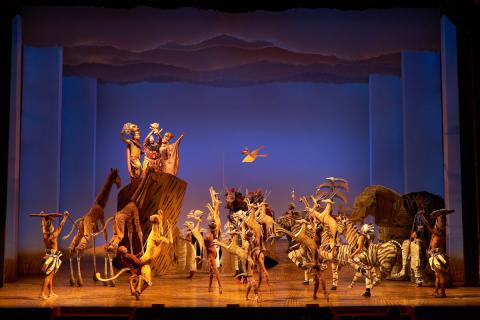 In 2000, the Pantages Theatre in Hollywood, California, was renovated specifically for the Los Angeles, California, premiere of the show, and now, Disney’s The Lion King returns for a limited engagement through January 12, 2014 at the same theatre. In celebration of the landmark event’s roaring return to L.A., get a by-the-numbers look at Disney’s The Lion King on tour in the gallery below!