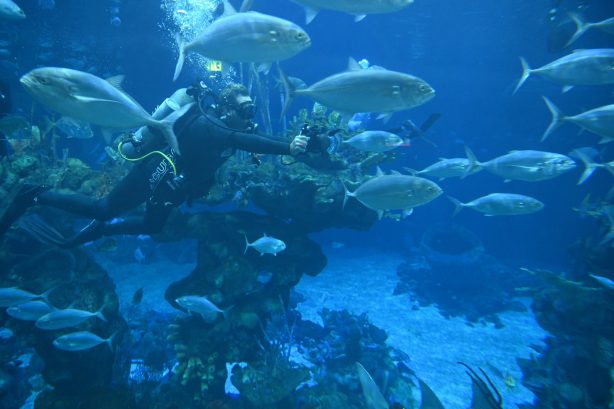 National Geographic incorporated cutting-edge technology, including custom-built GoPro housings, 18-foot cranes and underwater camera systems, to immerse viewers in the behind-the-scenes action. Viewers are certain to be filled with wonder and awe as they enjoy an up-close-and-personal look at Gino the western lowland gorilla as he enjoys a storybook-worthy “cake” on his 39th birthday, and Kenya the giraffe undergoing a much-needed, voluntary hoof trim that wouldn’t be possible in the wild. But it’s no less remarkable to see the genuine enthusiasm expressed by Gino’s caregivers while they watch him discover and savor that special treat, or the patience of Kenya’s veterinarians and keepers who have spent eight months training the giraffe to place her hoof in exactly the right place for this procedure that avoids the need for sedation and can be accomplished quickly and comfortably. Magic of Disney’s Animal Kingdom shines a light on the incredible effort from the entire Disney’s Animals, Science and Environment team to keep the animals healthy and happy every day, as well as Walt Disney Imagineering’s ongoing dedication to ensure that it’s the animals who drive the theme park’s story. The docuseries also shines a light on how Disney’s commitment to animals extends far beyond the parks. 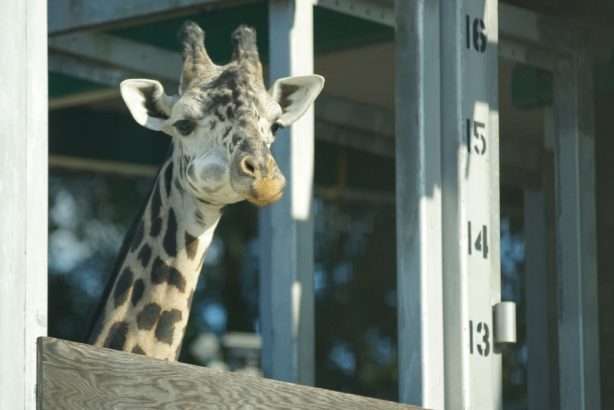 Dr. Mark Penning, vice president of Disney’s Animals, Science and Environment team, says, “We’re very proud of our conservation legacy that goes all the way back to Walt Disney himself. He created the True-Life Adventures series to really bring people into the lives of animals that they’ve never seen before.” Penning hopes that connecting with the animals featured in Magic of Disney’s Animal Kingdom, many of which are endangered species, will create a greater understanding for viewers of a larger effort by Disney to protect wild animals and wild places around the world. 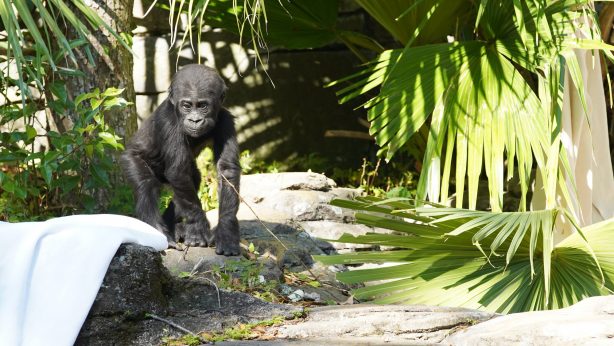 Viewers of the docuseries will meet a baby gorilla named Grace and see how the Animal Care team helps her work through some developmental challenges; and they will discover that she is named after the Gorilla Rehabilitation and Conservation Education Center (GRACE) in the Democratic Republic of the Congo. GRACE is the world’s only sanctuary for orphaned Grauer’s gorillas, as well as an organization Disney has supported by sending veterinarians, keepers and educators to the Congo to establish facilities and assist with gorilla care. Disney has also supported GRACE through the Disney Conservation Fund, which, since it began in 1995, has directed more than $100 million to support nonprofit organizations working with communities to save wildlife, inspire action and protect the planet.

“We want to show people that what we’re doing is real. It’s authentic. We’re not simply telling stories that we’re making up,” Penning says. “These are very real conservation stories, and we want everyone to appreciate how much we care about nature.” 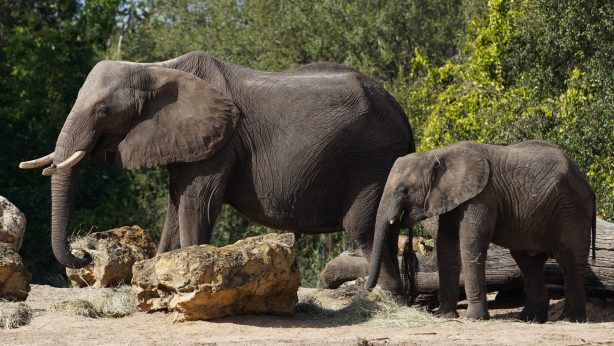 Grace isn’t the only adorable baby animal featured in Magic of Disney’s Animal Kingdom, and Penning explains that all are part of a larger conservation and breeding effort between Disney’s Animal Kingdom and its fellow Association of Zoos and Aquariums-accredited institutions. “We’re collectively making sure that we have animals to show guests what incredible creatures they are,” Penning says. “We do what we do so that we don’t need to bring anything out of the wild, and I think that’s another important part of the story. It’s a very big team effort across the United States.” 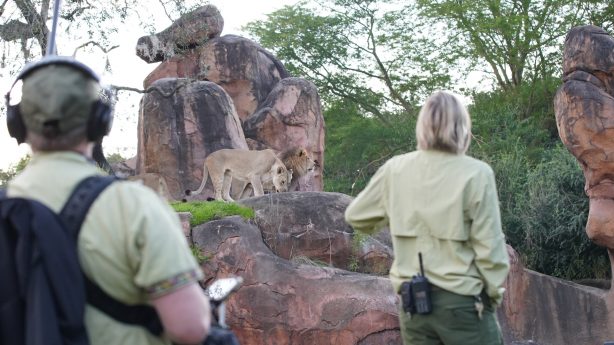 Penning hopes that Magic of Disney’s Animal Kingdom will give viewers a sense of the team’s passion for protecting nature and wildlife, as well as the degree of care received by all of the animals—from the park’s biggest resident, Mac the African elephant, down to Flash, the whitespotted bamboo shark. “Our animals here thrive because we have an incredible team of professionals that takes care of them,” Penning says, emphasizing, “There is so much more that happens behind the scenes than people realize.”