On May 28, six talented filmmakers will share their perspectives and creative visions with audiences around the world through Disney’s LAUNCHPAD, a collection of live-action short films from a new generation of dynamic storytellers. Today, Disney+ released the official trailer and key art for LAUNCHPAD’s inaugural season and revealed the theme for season two, which will be open to new applicants beginning May 10, 2021.

The goal of Disney’s LAUNCHPAD is to diversify the types of stories that are being told and to give access to those who have historically not had it. The filmmakers whose shorts comprise the first season of Disney’s LAUNCHPAD are all from underrepresented backgrounds. Inspired by life’s journey, their films are based on the theme “Discover.” 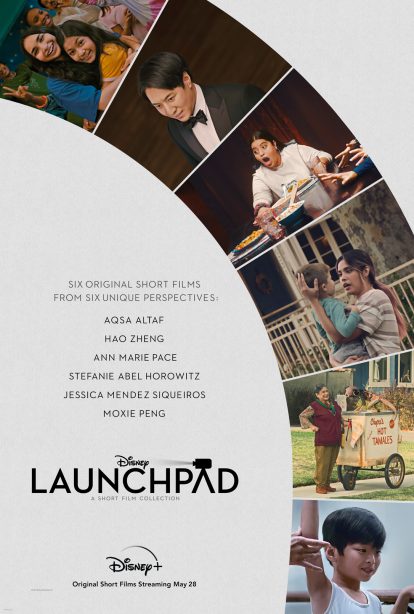 The six filmmakers were selected from more than 1,100 U.S. applicants. They began the program in early 2020 and were assigned executive mentors from the various divisions of The Walt Disney Company, including Disney+, Lucasfilm, Marvel Studios, Pixar, Walt Disney Animation Studios and Walt Disney Studios Motion Picture Production. The program included script development, mentoring and classes, most conducted virtually due to the coronavirus pandemic, with principal photography taking place once productions were physically able to resume, followed by postproduction and additional classes.

“This first group of shorts by these six gifted filmmakers took our breath away,” Mahin Ibrahim, director of Disney’s Diversity & Inclusion, Market, who oversees the LAUNCHPAD program, said. “They are moving, provocative and entertaining, and they each convey a unique perspective on living in America today and the things you learn about yourself and others when you follow your own path.” 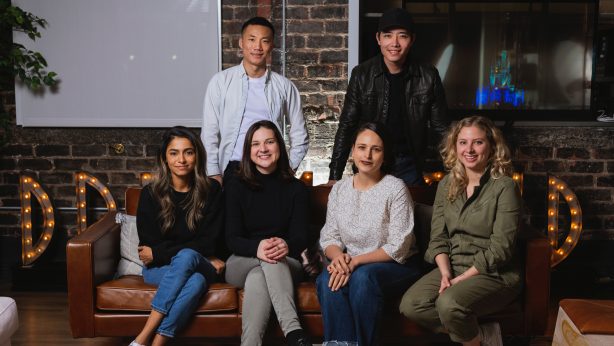 The short films and filmmakers in this first season of the series are:

Ameena, a Muslim Pakistani immigrant, wakes up on Eid to find out that she has to go to school. Homesick and heartbroken, she goes on a mission to make Eid a public-school holiday, and in the process, reconnects with her older sister, and embraces her new home, while her new home embraces her.

A Chinese student at an elite U.S. boarding school realizes excellence is not enough when he tries out for a leadership position no international student has ever applied for.

Val Garcia, a Mexican-American teen who is half human/half vampire, has had to keep her identity a secret from both worlds. But when her human best friend shows up at her monster-infested school, she has to confront her truth, her identity and herself.

“The Last of the Chupacabras,” written and directed by Jessica Mendez Siqueiros.

In a world where culture has nearly ceased to exist, one lone Mexican-American struggling to carry on her traditions unknowingly summons a dark and ancient creature to protect her.

“Let’s Be Tigers,” written and directed by Stefanie Abel Horowitz.

Avalon’s not ready to process the loss of her mother, but when she’s put in charge of a 4-year-old for one night, she finds more comfort than she ever could have expected.

“The Little Prince(ss),” written and directed by Moxie Peng.

When Gabriel, a 7-year-old Chinese kid who loves ballet, becomes friends with Rob, another Chinese kid from school, Rob’s dad gets suspicious about Gabriel’s feminine behavior and decides to intervene.

Submissions for the second season of Disney’s LAUNCHPAD, which will be based around the theme of “Connection,” will be accepted beginning May 10, 2021, with the brand-new addition of a writers’ track. Visit LAUNCHPAD.Disney.com for more information.

“As a first-generation Muslim Bangladeshi woman, I know how important it is for communities to see themselves on screen, and to empower emerging filmmakers. Our goal with the Disney LAUNCHPAD Shorts Incubator is to tell six deeply meaningful personal stories straight from the filmmakers’ heart, amplified with the scale and reach that only Disney has,” Ibrahim said. “We are so proud of our season one filmmakers and are excited for what’s ahead with season two, led by Phillip Yaw Domfeh.”