Before her TV debut on Friday, July 22, Disney’s princess inspired by Latin cultures, Elena of Avalor, was recognized by millennial-targeted outlet Mic.com as, “the right girl for a multicultural world.”

Set in the enchanted fairytale land of Avalor, the series Elena of Avalor tells the story of Elena, a brave and adventurous teenager who has saved her kingdom and must now learn to rule as crown princess until she is old enough to be queen.

Mic.com writes, “In casting a wide net to create a Latina Disney princess, Elena of Avalor reflects a multicultural world that is a perfect example of the way U.S. Latinos in particular have come to experience their culture and heritage.”

Take a look at the infographic below to learn where Elena of Avalor’s production crew drew their inspiration from for the series. To read the Mic.com article in its entirety, click here. 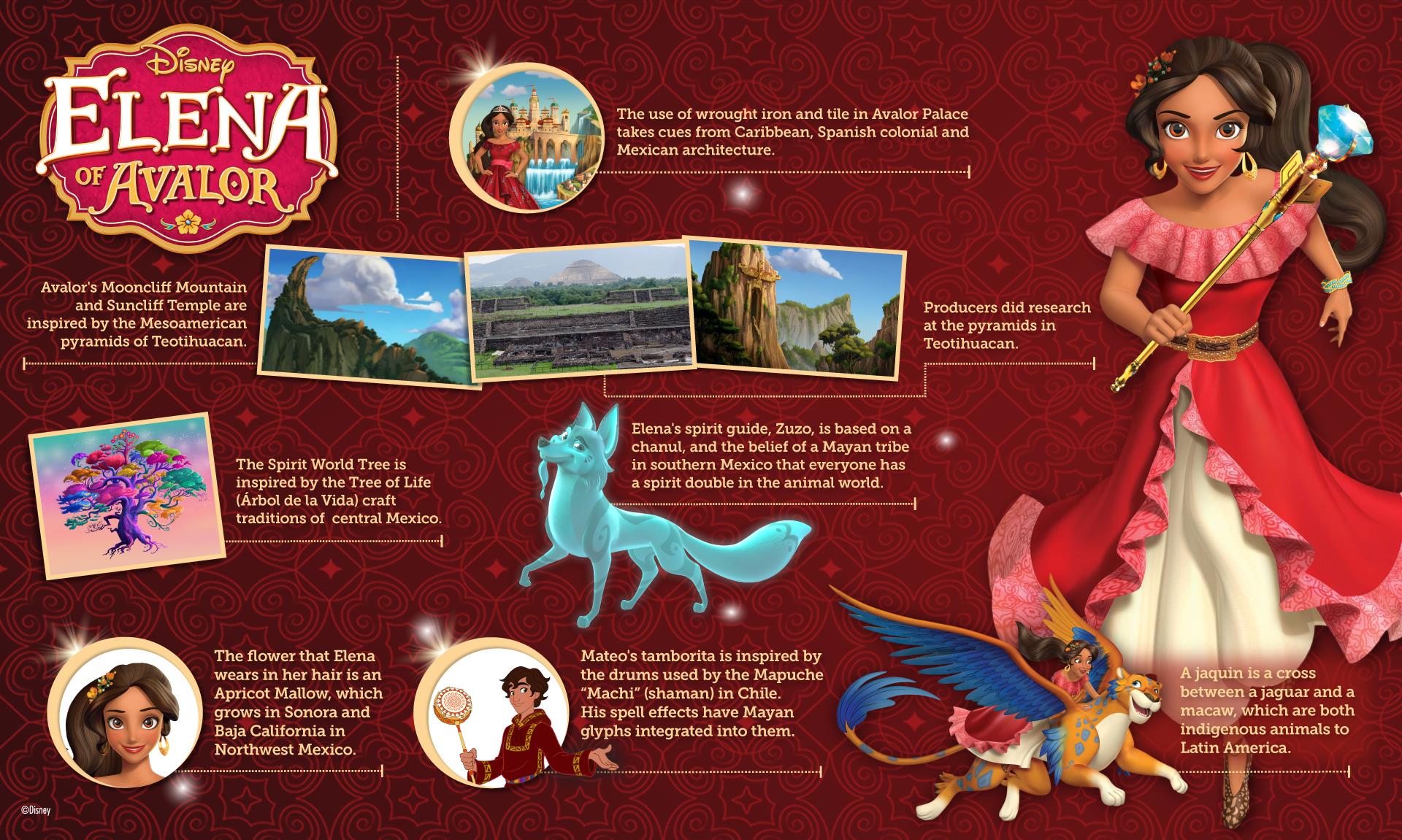