Technology is quite possibly the biggest behind-the-scenes force at The Walt Disney Company. It powers just about every single experience, product and film that is released with the iconic Disney signature.

The Anita Borg Institute—one of the largest communities for women in computing—is just one of the organizations the Company works with to participate in the evolving tech conversation. For the past several years, Disney has joined the organization’s Grace Hopper Celebration for Women in Computing, the world’s largest gathering of women technologists, to discuss trends and happenings in the industry. 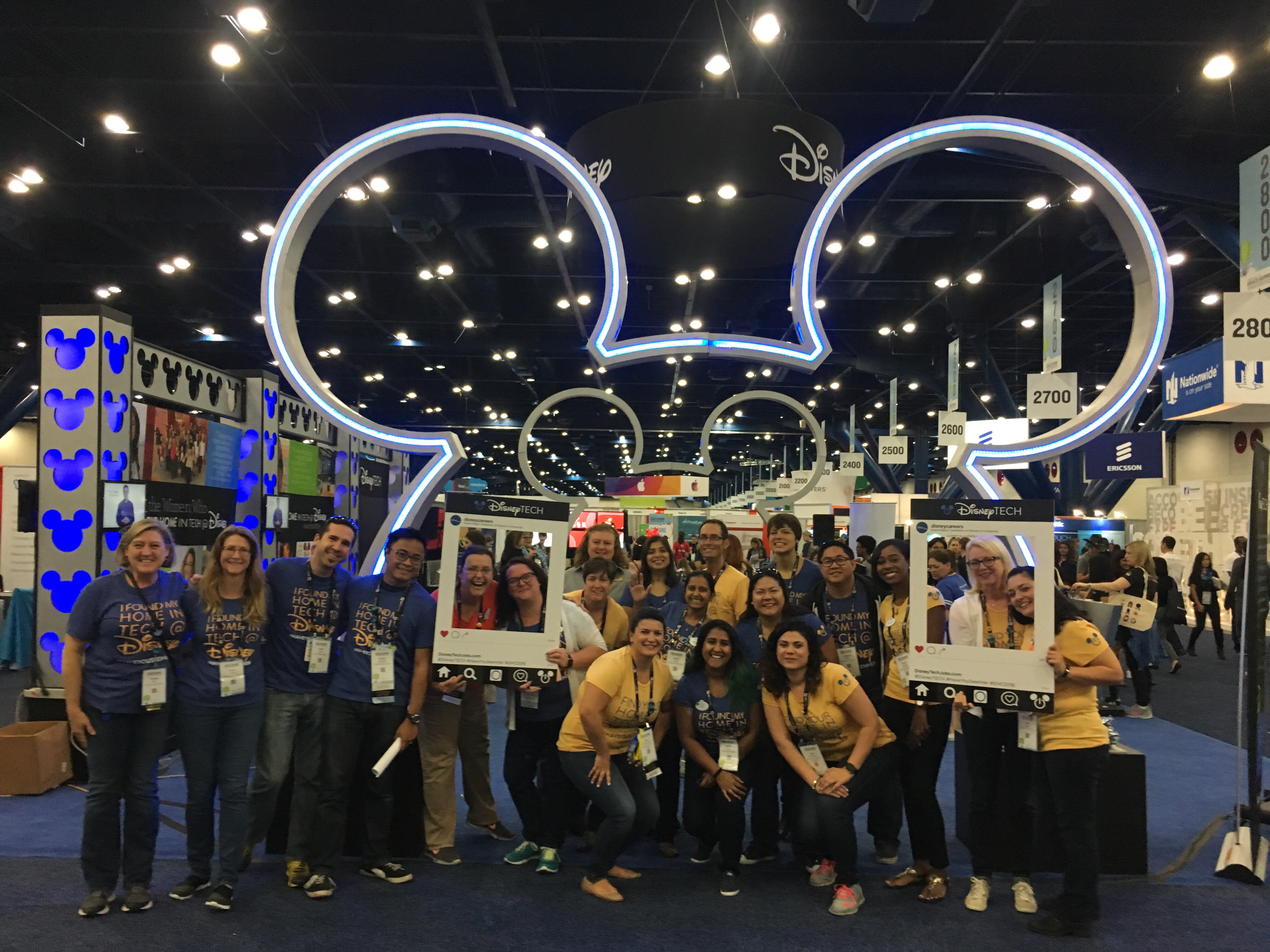 Attended by some of the biggest tech firms and notable startups from around the world—Apple, Google, Facebook and Uber, to name just a few—the event hosts the best minds in computing and tech. This year, Disney brought more than 65 employees representing tech from across the Company and delivered 30 presentations and demos at its booth to show the latest and greatest in innovation and creativity at the Company.

Beyond the booth, Disney hosted its panel “Star Wars, Inside Out, Zootopia: You Need Code For That?”, which brought together hundreds of curious and eager guests. The conference session highlighted how tech is used to create films from The Walt Disney Studios. “The strong collaboration of art and technology at our studios is one of the things that makes it such a unique and inspiring environment,” panelist Maryann Simmons, senior software engineer, Walt Disney Animation Studios, says, noting that the presentation showcased how technical areas such as computer science, math and physics come together with the creative and visual aspects of filmmaking. Aside from giving the audience a peek into her work at the Company, Maryann hoped to inspire the next generation of girls. “The more we can expose new technologists of any age to the possibilities, I think we can increase the participation of women in these roles,” she says.

Nikki Katz, vice president, Mobile Network and Product Management, Disney Consumer Products and Interactive Media (DCPI), took part in the Senior Women’s Program, an invite-only session for up-and-coming women technology executives at the conference. Susan O’Day, executive vice president, Enterprise Technology, and chief information office, was a member of the organizing committee for this gathering. “Getting more women into technology is a personal passion of mine,” Nikki stresses. “The program offered really good ideas, techniques and activities to bring back to the Company. For example, DCPI is going to be rolling out a mentorship program for the technology organization, and the elements from the session will help make our initiative more effective for employees.”

Inside the Disney booth, Jason Lewis, senior manager, Engineering, Disney Technology Solutions and Services, took part in several tech talks and demos with his female counterparts, highlighting how technology fuels the “magic” of Disney experiences like “Glow with the Show” and World of Color. As a giveaway at the booth, the Disney team handed out “DIY Made with Magic” kits to encourage visitors to test out the technology on their own.

But to come up with new, innovative tech, Jason says a diverse team is a priority and he takes pride in how the Company values that philosophy. “It’s critical for us as a business to have that diversity because that’s what drives innovation and creativity,” he shares. “That’s when we get the best teams, the best products and when everyone on those teams works together best.”