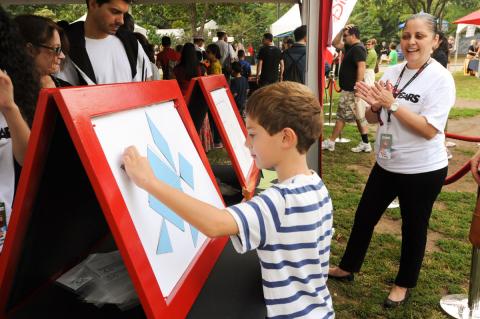 For more than 90 years, Disney stories have sparked the imaginations of kids and families all over the world, and we’ve helped nurture this creative thinking. Building on that rich history and continuing its longstanding support of the Maker Movement, Disney teamed up with the World Maker Faire and the New York Hall of Science this weekend to bring the best of DIY ingenuity to more than 75,000 kids and families. The makers of today will be the inventors of tomorrow, which is why Disney invests in experiences, resources and tools that help foster creativity in young people. 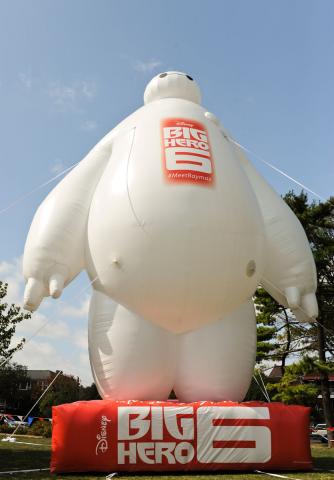 At the World Maker Faire New York, Disney’s tent provided activities that inspired kids and families to think outside of the box. We had a little help from Walt Disney Animation Studios’ upcoming comedy-adventure Big Hero 6. Visitors interacted with 3D printers to create miniature models of the film’s robotic star Baymax, and also tested their electronic-building skills with littleBits. The Big Hero 6 XPRIZE Challenge debuted as well, encouraging visitors to submit their ideas to create a brighter tomorrow.

Sphero and Snowshoe—startup companies selected for the Disney Accelerator program powered by Techstars—joined the festivities to help young makers unleash their imaginations through digital-exploration demos. The young and young at heart also put their creativity on display through our Disney Friends for Change Tangrams and our exclusive World Maker Faire KaBOOM! Imagination Playground.

This is Disney’s third year supporting the World Maker Faire New York to shine a spotlight on DIY ingenuity and innovation. We’re proud to play a role in providing kids and families with tools and inspiration they need to thrive and create the future they imagine.

Visit Disney.com/Friends for fun tips and activities on how to bring the excitement and creativity of the World Maker Faire New York home for the entire family.