Today at D23 Expo 2019, Disney Parks, Experiences and Products Chairman Bob Chapek detailed the ambitious plans in store for one of the most extraordinary periods of expansion in Disney history. Nearly 7,000 fans filled Hall D23 at the Anaheim Convention Center to discover more about the multiyear transformation of Epcot underway at Walt Disney World Resort, the Avengers Campus coming to both Disneyland Resort and Disneyland Paris and the new ship coming to Disney Cruise Line in 2022, along with other new offerings that invite guests to be front and center in their favorite stories.

“It was Walt’s vision for our theme parks to be places where Disney stories come to life in amazing ways, and with the world’s most creative and talented team of artists and dreamers, there’s no shortage of inspiration,” Chapek said.

Today’s presentation featured a wealth of exciting news about Disney’s plans for parks, resorts, cruise ships and beyond:

Beginning in 2020 at Disney California Adventure park and later at Disneyland Paris, guests will be able to suit up alongside their favorite Super Heroes in these two immersive campuses. Both will be home to the first Disney ride-through attraction to feature Spider-Man; and the Avengers Campus in California will also feature a brand-new E-Ticket attraction where guests can fly alongside the Avengers in an epic adventure to Wakanda and beyond. Avengers Campus will feature an inspired eatery, Pym Test Kitchen, and opportunities for guests of all ages to enjoy heroic encounters with favorite characters.

Avengers Campus will open at Disney California Adventure in 2020, with the Avengers-themed attraction planned to open in the next phase of development.

At Disneyland Paris, guests can extend their adventures at Disney’s Hotel New York – The Art of Marvel, opening next summer. The hotel will celebrate 80 years of Marvel art and artists, with more than 300 stunning pieces on display. Rooms will include one-of-a-kind themed suites featuring favorite Super Heroes like Spider-Man, and guests will also have the opportunity to meet these legends in a dedicated space. 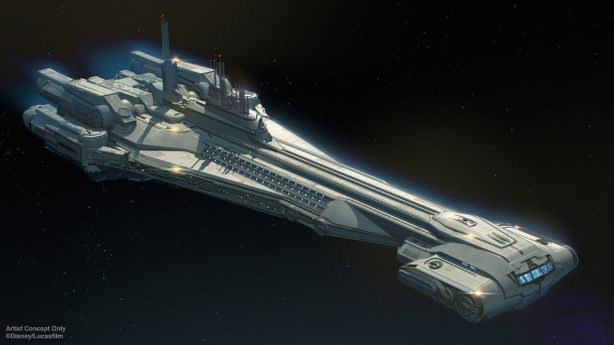 This first-of-its-kind vacation experience invites guests to embark together on a two-night journey to a galaxy far, far away on board a glamorous ship, known as the Halcyon, where every window offers stellar views into space. The immersive adventure will include special activities, incredible dining and a “spaceport” day on Batuu at Star Wars: Galaxy’s Edge, inviting guests even deeper into their own Star Wars stories. 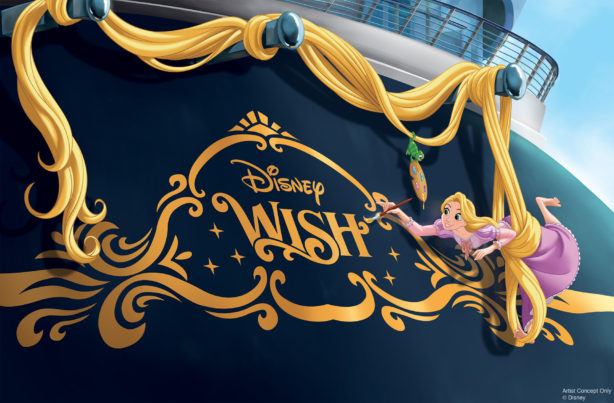 Today, Chapek announced the first of the three ships coming to Disney Cruise Line will be called the Disney Wish. The beloved Disney princess Rapunzel will grace the stern of the vessel, which will be delivered in late 2021 and will set sail in January 2022.

Additionally, Disney Cruise Line guests can also look forward to a signature island experience that celebrates nature and the spirit and culture of The Bahamas at a new Disney port of call located on the breathtaking island of Eleuthera at a place called Lighthouse Point. 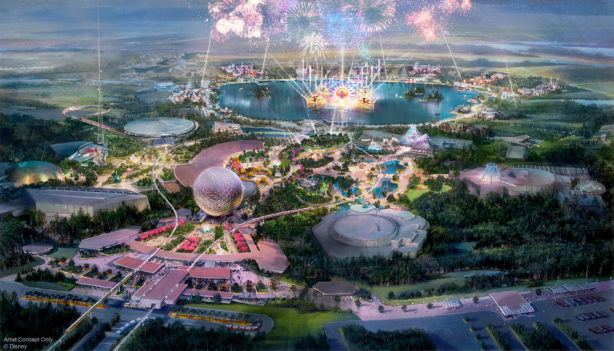 Chapek shared more of the ways Epcot will stay true to its original vision while bringing timeless Disney storytelling to life with the magic of possibility. The park will be unified with four neighborhoods that each celebrate a unique aspect of what makes Epcot so special: 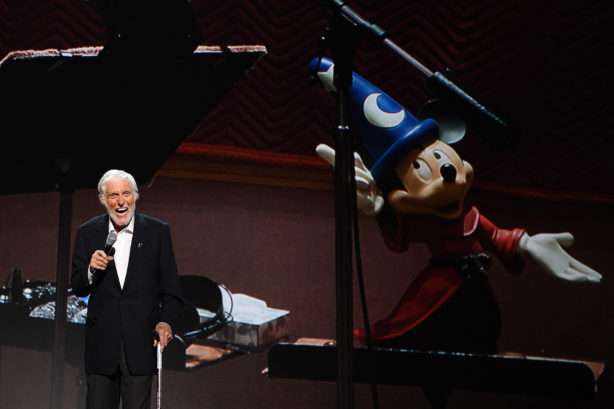 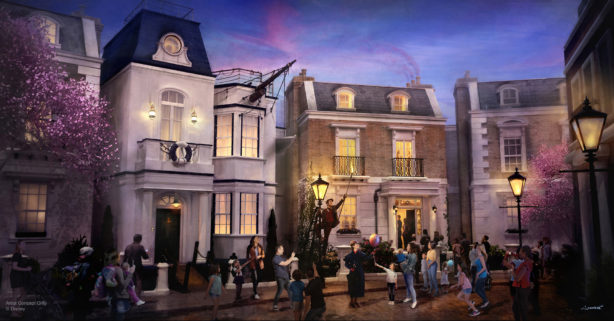 Chapek also announced that a new nighttime spectacular, HarmonioUS—the largest ever created for a Disney park—is coming to World Showcase; along with a new attraction, Remy’s Ratatouille Adventure, opening in summer 2020; a new restaurant called La Crêperie de Paris, opening next summer; the all-new Beauty and the Beast Sing-Along, coming in January 2020; Canada Far and Wide in Circle-Vision 360, coming in January 2020; and Wondrous China, a film that uses a completely seamless 360-degree digital format to take guests on a spectacular journey across China. 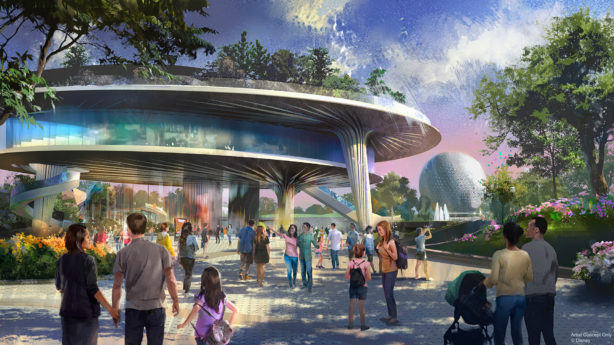 The iconic Spaceship Earth will remain a voyage through time as the journey transforms with new scenes reflecting the universal nature of the human experience. A new guide and all-new narration will focus on the storytelling that brings people together. A new three-level pavilion in World Celebration will be the home base for Epcot’s signature festivals, with a stunning views and a spectacular vantage point to witness the park’s nighttime spectacular. Breathtaking views will also be found at Dreamers Point, which will feature lush gardens, a wishing tree, an interactive new fountain and a statue celebrating the legacy of the original dreamer, Walt Disney. 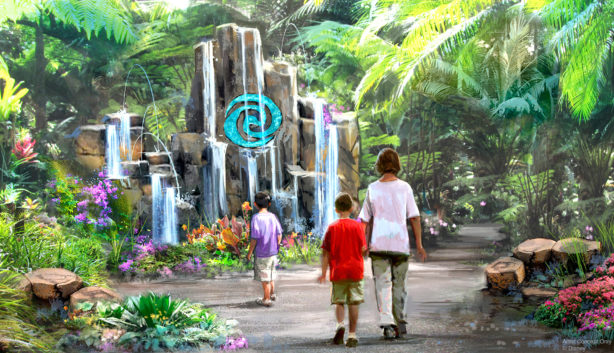 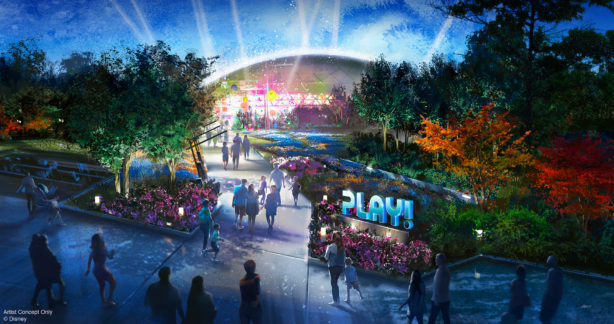 Today, D23 Expo attendees learned of the new attraction Guardians of the Galaxy: Cosmic Rewind—the first to feature a reverse launch into space. The thrilling, family-friendly attraction will feature a never-before-seen storytelling coaster that rotates to focus on the action, wherever it may be. The new restaurant Space 220 will open this winter as an expansion of the Mission: SPACE pavilion. The culinary experience offers dining and an out-of-this-world view, with the celestial panorama of a space station—including daytime and nighttime views of Earth from 220 miles up. And PLAY! pavilion will open in time for the 50th Anniversary of Walt Disney World. This interactive metropolis invites guests to discover a city bursting with games, activities and experiences that connect them with friends, family and beloved Disney characters like never before.

This milestone celebration will extend beyond Magic Kingdom to each of the resort’s four theme parks and will include highly anticipated attraction openings and new entertainment, food and beverage, merchandise and more.

Planned to debut in late 2020, Disney Genie is a revolutionary new digital offering that will enhance the way guests plan for and experience a trip to Walt Disney World Resort. Disney Genie will make planning easier and more fun by providing guests customized itineraries geared to princesses, thrill seekers, foodies, families and more. Guests will even be able to tell Disney Genie what they want to experience, and it will quickly evaluate millions of options to present them with an optimal day. 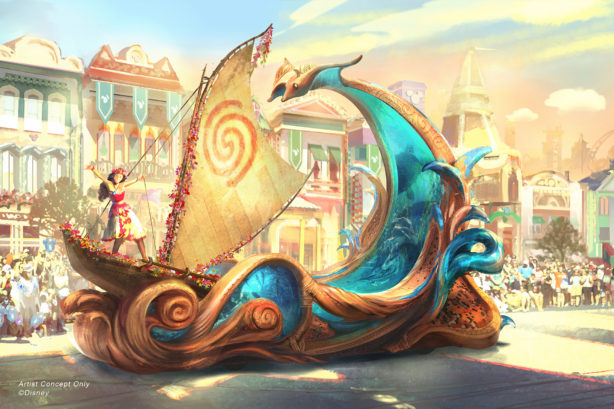 Set to debut in spring 2020, the new Magic Happens parade will come to life with an energetic musical score and a new song produced in partnership with singer-songwriter Todrick Hall. Celebrating awe-inspiring moments of magic that are at the heart of so many Disney stories, the parade will feature stunning floats, beautiful costumes, and beloved Disney characters from Moana, Coco, Sleeping Beauty, and more, with a Mickey Mouse leading the way down Main Street, U.S.A. 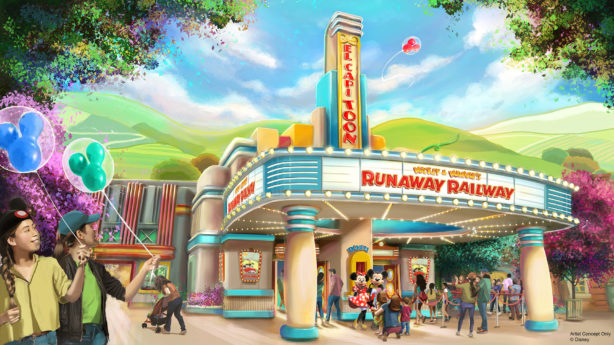 Chapek shared a first look inside Mickey & Minnie’s Runaway Railway, coming to Disney’s Hollywood Studios at Walt Disney World Resort in 2020 and Disneyland in 2022. Disney fans in Hall D23 were also treated to a first look at the new area of Mickey’s Toontown at Disneyland that will be home to this exciting attraction, which will take guests on a journey inside the wacky and unpredictable world of Disney Channel’s Emmy® Award-winning Mickey Mouse cartoon shorts. 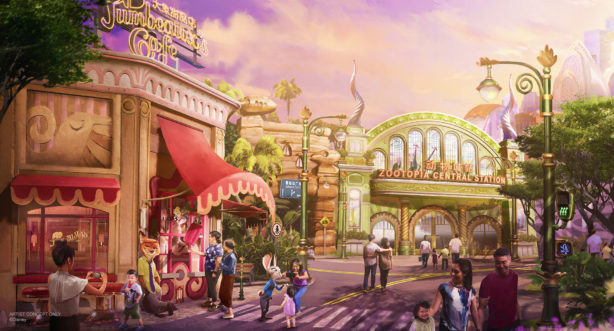 D23 Expo guests heard more details about the themed land coming to Shanghai Disney Resort that is themed to the Walt Disney Animation Studios film Zootopia. In addition to a major new attraction that blends storytelling and state-of-the-art technology to bring this favorite film to life, guests can expect immersive entertainment, merchandise and dining options that can only be found in this “mammalian metropolis.” 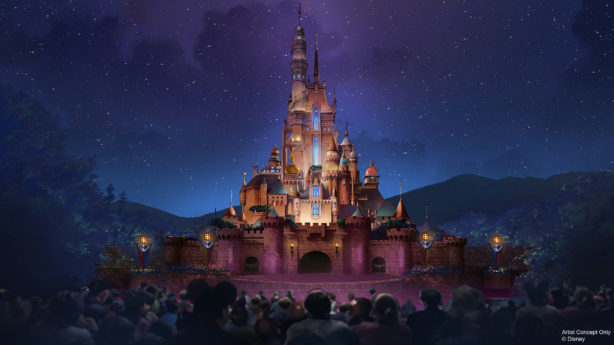 When the centerpiece of Hong Kong Disneyland is completely transformed, the Castle of Magical Dreams will honor 13 beloved Disney heroines and feature adornments that are inspired by classic animated stories. The castle will be a canvas for new entertainment, including a daytime show and nighttime spectacular, and will be home to a new Bibbidi Bobbidi Boutique where children can receive royal transformations. 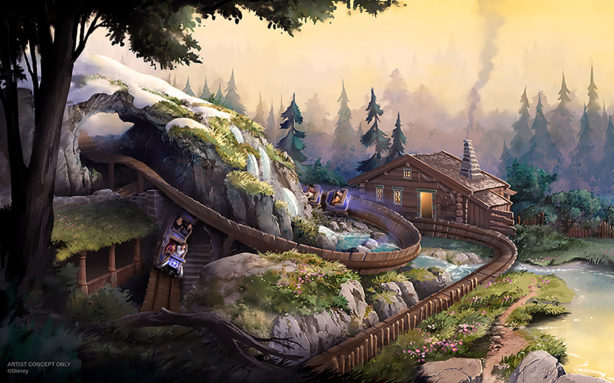 As part of the multi-year transformation of the park, guests will be able to visit the world of Frozen, complete with all its sights, sounds, cuisine, and traditions. The area will feature two incredible attractions—a new coaster, Wandering Oaken’s Sliding Sleighs, which takes guests on a winding journey through the kingdom; and Frozen Ever After, inspired by the incredibly popular family attraction in Epcot’s Norway pavilion at Walt Disney World Resort. Guests will also have the opportunity to experience the full force of Elsa’s powers as she creates a beautiful “winter-in-summer” day. 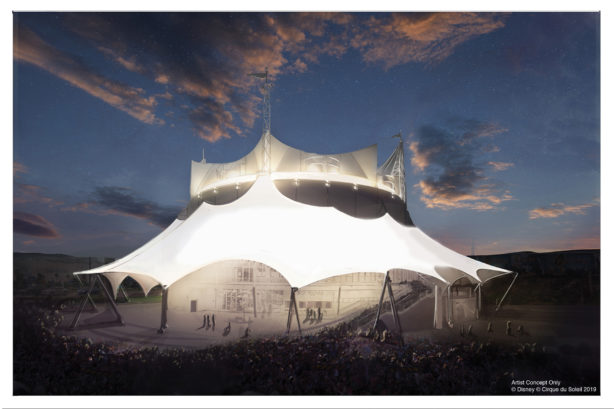 Cirque du Soleil, Walt Disney Imagineering and legendary Disney animators have partnered to create a first-of-its-kind show that celebrates the magic of Walt Disney Animation Studios. The new production will combine Disney storytelling and heart with Cirque du Soleil’s signature artistry. Previews will begin March 20, 2020, at Disney Springs, leading up to the world premiere on April 17. 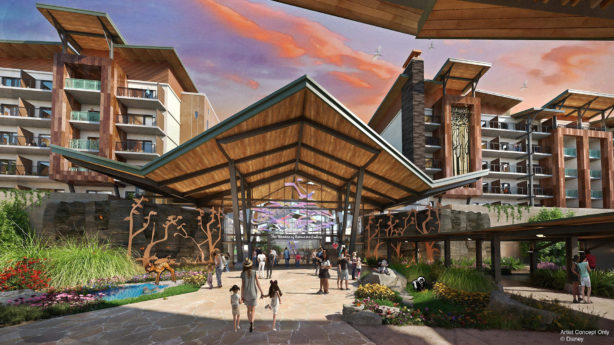 Bringing Magic into the Daily Lives of Families and Fans

Target and Disney will come together with a creative retail collaboration that encompasses experiential retail and merchandising and includes the launch of 25 Disney stores within select Target stores nationwide on October 4, with 40 additional locations opening by October 2020. The “shop-in-shop” will feature an enhanced Disney assortment of more than 450 items, including more than 100 products that were previously only available at Disney retail locations.