Disney Movies Anywhere is available across a variety set-top and mobile devices, meaning users have more ways than ever to enjoy their Disney, Pixar, Marvel and Star Wars digital movie collections from the comfort of the living room or on the go. 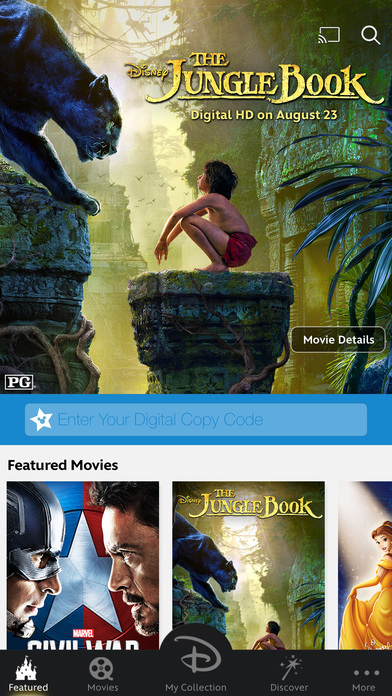 The launch coincides with today’s early digital release of Disney’s massive live-action hit The Jungle Book, which has earned over $955 million worldwide. In addition, Disney Movies Anywhere members who connect a new account will receive a limited time offer of a digital copy of Monsters, Inc. for their DMA collections.