Today we’re excited to announce that Disney Infinity, our largest and most ambitious gaming initiative to date, is available in stores everywhere for Xbox 360, PlayStation 3, Nintendo Wii, Wii U and Nintendo 3DS. After announcing Disney Infinity at the El Capitan Theatre in January, fans around the world have embraced the platform, its huge line-up of launch characters, multiple modes of play and endless possibilities. 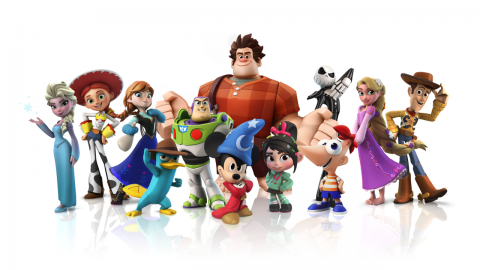 In a way that only Disney can, each Disney Infinity character figure will come to life and play together in a virtual “Toy Box,” where guests can build and customize their own unique virtual worlds using their favorite characters, vehicles, settings and more. The game also includes story-driven experiences, called “Play Sets,” which allow players to solve challenging puzzles, battle enemies and explore iconic locations from famous Disney properties.

Leading up to launch, we’ve had a surge of news and announcements from the Disney Infinity universe: