Walt Disney Animation Studios’ animated feature Frozen launched a worldwide phenomenon in 2013, becoming the highest-grossing animated feature ever released with more than $1.27 billion in global box office. To build on the beloved tale, Disney announced Frozen Northern Lights, an original story from the kingdom of Arendelle spanning a collection of books, animated shorts from the LEGO Group and new digital extensions. Beginning in July, Frozen fans can follow Anna, Elsa, Olaf, Kristoff and Sven on an epic adventure to restore the glimmer of the Northern Lights. 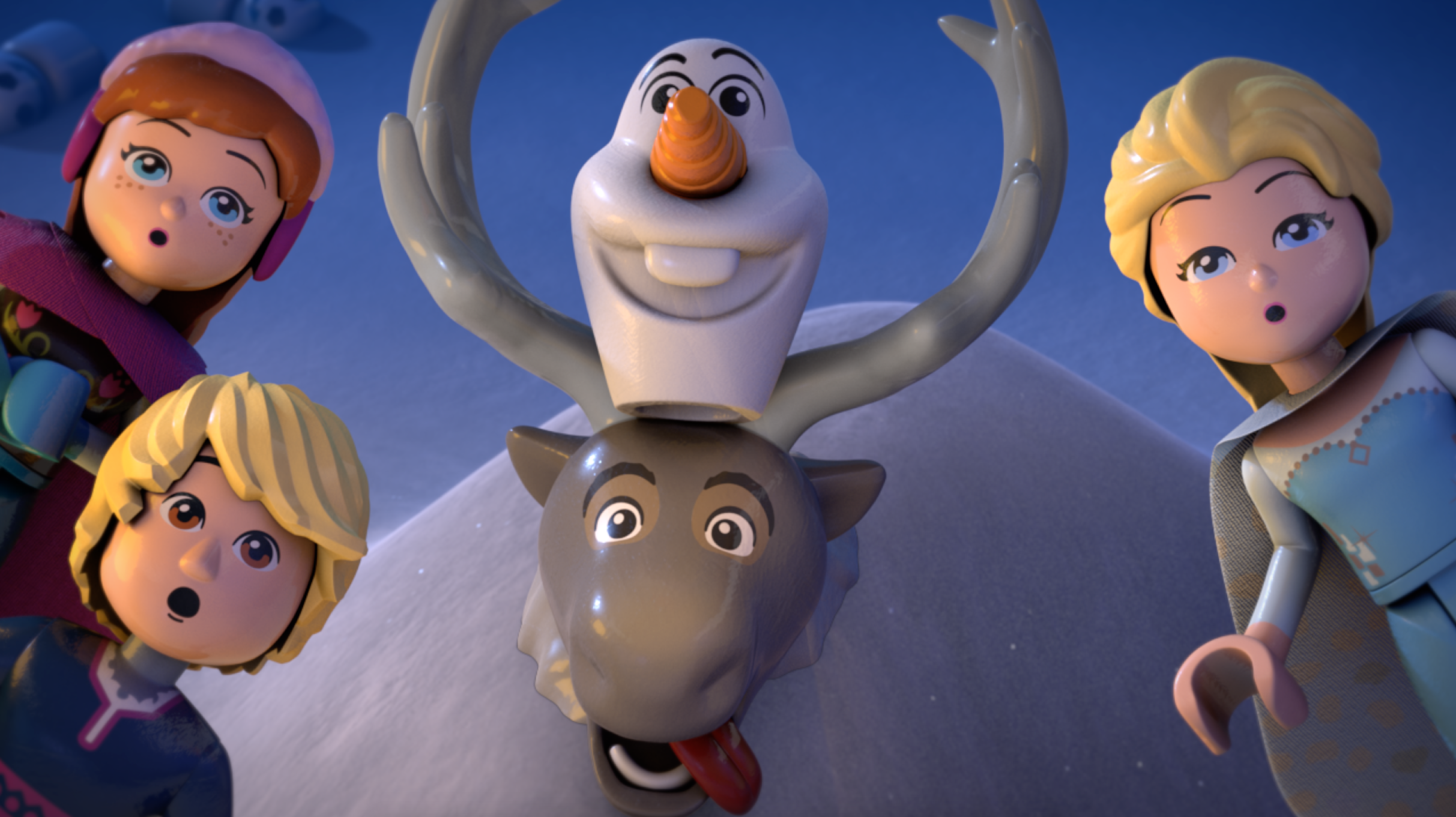 The story titled, “Disney Frozen Northern Lights: Journey to the Lights,” published by Random House, will be introduced as a deluxe novelization in July ahead of an extended collection of books featuring the familiar characters fans know and love, as well as a brand-new protagonist named Little Rock. In addition, the storyline will be reimagined by the LEGO Group with four new animated shorts and a full compilation airing on Disney Channel this fall. The shorts will bring the unique brand of stylized animation and witty LEGO humor to the world of Frozen, with the voice talent from the movie reprising their roles.

The infographic below highlights the franchise’s success at movie theaters and beyond. 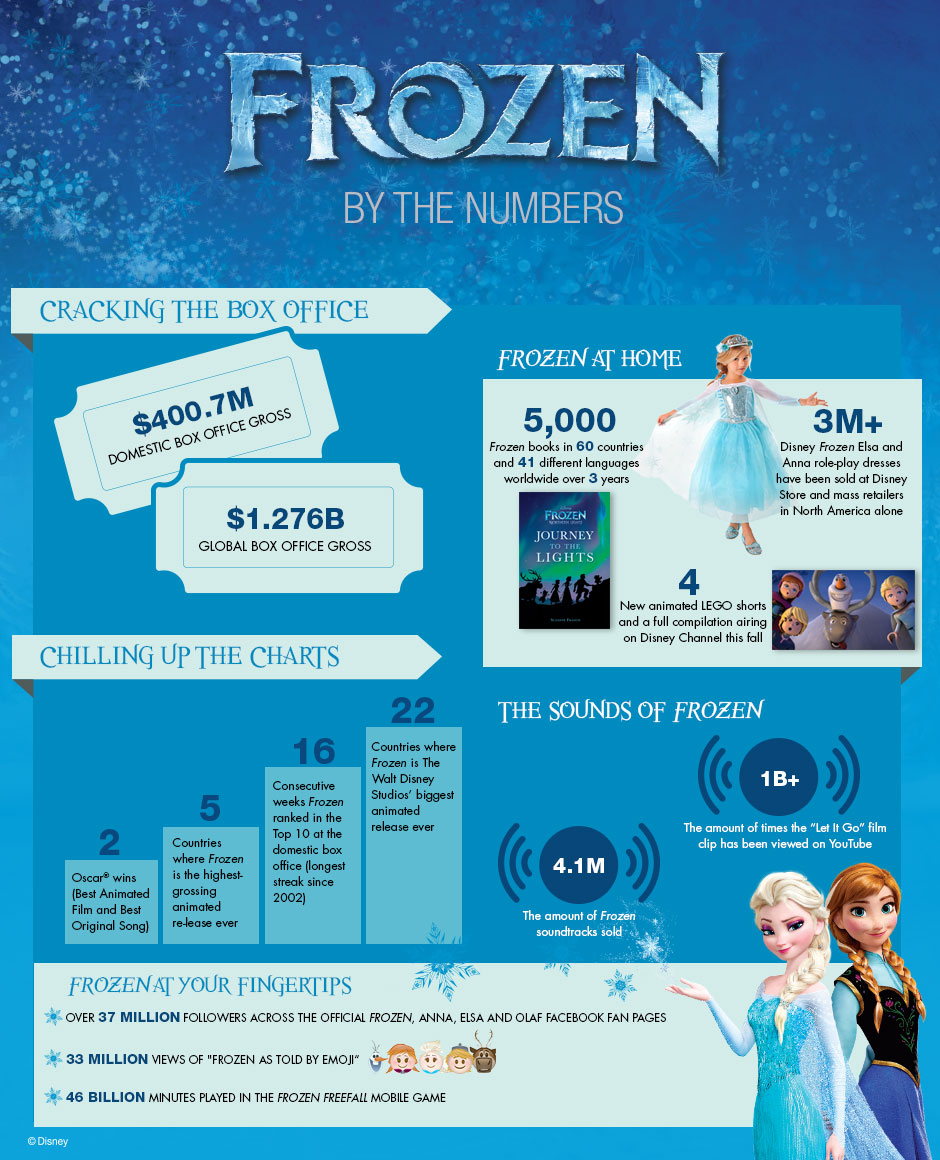