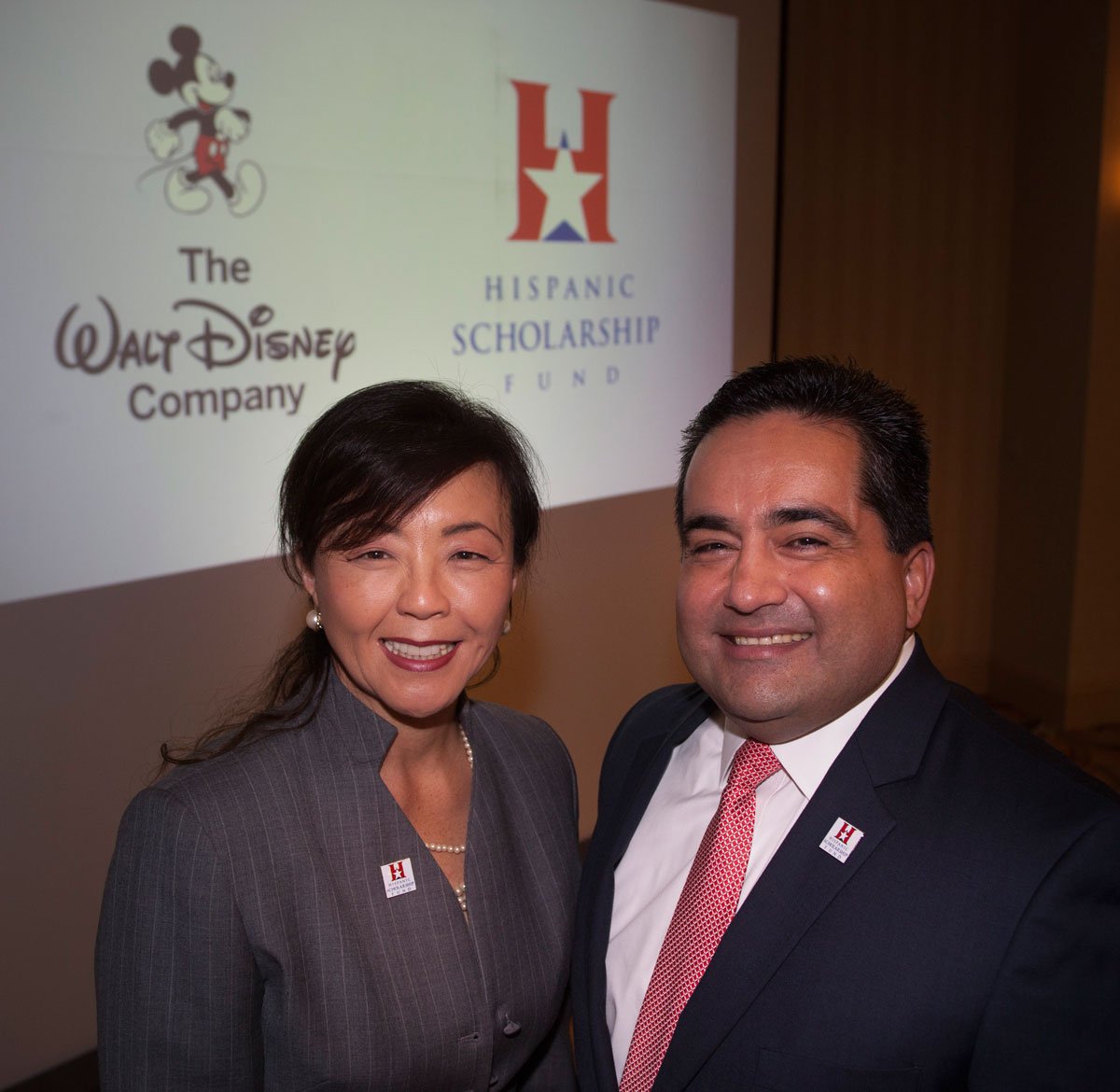 Higher education is important for success in the 21st century. Students will transform tomorrow and shape our collective future. That’s why Disney is proud to support these young dreamers.

“Education is the foundation upon which dreams are built, and increasing access to higher learning is an investment with infinite returns for individuals and society as a whole,” Disney Chairman and CEO Bob Iger said. “That’s why we’re committed to raising public awareness and supporting even more outstanding Hispanic students with scholarships that encourage and empower them to achieve their goals.”

The Hispanic college student population has continuously grown year after year, and research shows that 69 percent of Hispanic high school students are going directly to college—a rate higher than the general population. This statistic hits home for Charlene Riofrio, production assistant, ESPN International On-Air Promos. Charlene, who graduated from the University of Southern California (USC) with a bachelor’s degree in Broadcast Journalism, was an HSF scholarship recipient throughout her four-and-a-half years of school. Disney Post recently sat down with her to talk about how HSF helped her realize her professional aspirations.

What does an HSF scholarship represent for you and how did it help you reach your academic goals at USC?
Charlene Riofrio (CR): HSF was a true blessing for both my twin sister and me. As the first in our family to go through the college application process, HSF was a tremendous resource for us. I continue to follow their example of supporting Latino youth by paying it forward and serving as a mentor. Thanks to HSF, I set an educational precedent for my family.

How did your HSF scholarship prepare you for your role at ESPN?
CR: At the time, one of the requirements to apply for an HSF scholarship was to major in International Relations. I always had an interest in global affairs, but I never imagined that my career choice would lead me towards combining international relations with sports. I now work at ESPN producing mini promos (commercials) for international sports that air on our 10-plus networks (in both English and Spanish) in Australia, the Pacific Rim, Latin America, Mexico, the Caribbean and more. If it weren’t for HSF, I wouldn’t be sitting in the newsroom of the worldwide leader in sports.

How does it feel to know that Disney is supporting an organization that supported you as a student?
CR: As an HSF alumna, I believe it’s my responsibility to follow the organization’s example and serve the Latino community. As an employee of ESPN and The Walt Disney Company, I’ve fulfilled that duty in Los Angeles and abroad. I’ve mentored high school students at the East Los Angeles Boys and Girls Club for the past couple of years. During Hispanic Heritage Month this past October, I hosted a soccer clinic where I invited Ecuadorian soccer professional Luis Bolanos from Chivas USA to show the kids some soccer skills. And last year—thanks to the Disney VoluntEARS program—I had the once-in-a-lifetime opportunity to build a classroom for a community in Ecuador during Disney’s Global Service Project. It’s admirable that a company like Disney and its employees can dedicate their time to support the Latino community.