Last October, we shared a first look at the expansion of Disney’s Animal Kingdom and what guests can expect to encounter when they visit the park’s new AVATAR-inspired land. 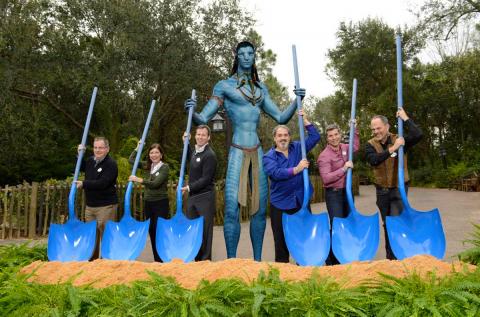 Earlier this week, leaders from Walt Disney Parks and Resorts and Lightstorm Entertainment took another step toward bringing the mythical world of Pandora to life with a ceremonial groundbreaking for the parks’ new AVATAR-inspired land with blue, Na’vi-inspired shovels. The expansion for Disney’s Animal Kingdom will also include a new evening spectacular, as well as a nighttime version of Kilmanjaro Safaris, further extending the guest experience.

For more on the groundbreaking, visit the Disney Parks Blog