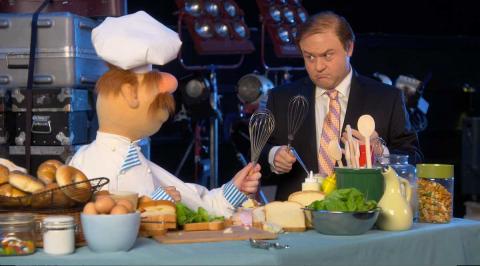 When master impressionist Frank Caliendo faced the prospect of kicking off his season-opening segment for ESPN’s Sunday NFL Countdown, he aligned himself with a group of all-stars: The Muppets.

“We decided to do the Muppet sketch for a couple of reasons,” Caliendo, who recently agreed to a new contract with ESPN, told ESPN Front Row. “One, I was looking to do something with some pop culture guest stars and when I was told that the Muppets were available to do something, I jumped at the chance.

“Secondly, I knew I could pair my characters with them to create funny moments.”

Learn what Kermit the Frog had to say about working with Caliendo and see the segment by visiting ESPN Front Row.