Avengers Campus, an entirely new land dedicated to discovering, recruiting and training the next generation of Super Heroes, will open June 4, 2021 at Disneyland Resort, inside Disney California Adventure Park. Guests who are lifelong fans of Super Heroes and those discovering them for the first time are invited to team up with the Avengers and their allies to live out their Super Hero dreams in this fully immersive land that mixes innovative technology and fun for all ages. 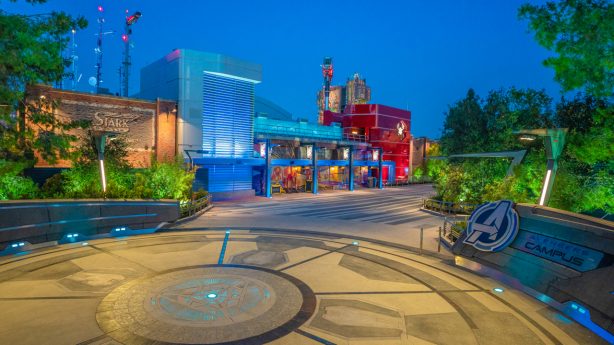 The announcement came during a virtual event, “A Special Look Inside Disney Parks,” hosted by Josh D’Amaro, chairman, Disney Parks, Experiences and Products, which included a conversation between D’Amaro and Kevin Feige, president, Marvel Studios, and chief creative officer, Marvel. The event took place in the soon-to-open land where guests will witness Spider-Man swinging into action high above Avengers Campus, along with so many more uniquely thrilling Super Hero experiences. “These are the things that I am most proud of with our Imagineers and our team at large, walking into Avengers Campus and seeing Spider-Man, in true form, flinging through the air,” D’Amaro told Feige. “Only Disney would do this. It just pulls you immediately into the story.”

Feige, a lifelong fan of both Disney theme parks and movies, noted how the production designers and artists on classic Disney films were the original visionaries whose work inspired the Imagineers who were bringing Disneyland Park to life. He told D’Amaro, “Now, one of the great pleasures I have is introducing our amazing production designers to your amazing Imagineers and really seeing how they can work in lockstep at the initial phase to help bring what we’re now sitting in to life.”

Avengers Campus brings together Earth’s Mightiest Heroes for the common good, and they’re calling all recruits to join the action. Guests are invited to team up with the Avengers and their allies; sling webs with Spider-Man, taste-test inventive food and drinks and become part of a bigger universe. 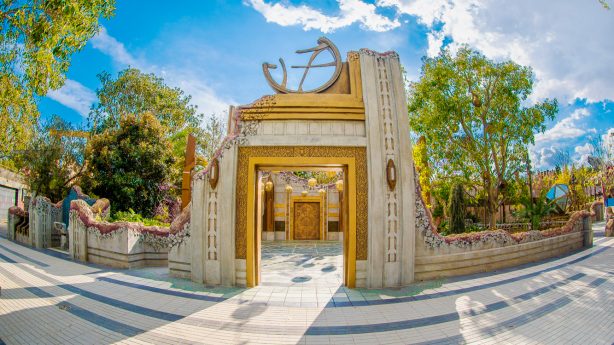 “We are so excited to soon welcome our guests to Avengers Campus, our first land dedicated to Super Heroes,” said Ken Potrock, president, Disneyland Resort. “Here, our cast members will unite to help guests of all ages find their super powers and create special memories.”

Throughout Avengers Campus, Super Heroes come to life in ways that are more exciting than ever. In addition to Spider-Man’s gravity-defying, acrobatic feats, guests will train with Black Panther and Wakanda’s elite guards, the Dora Milaje; and experience the thrills as Avengers hold off their foes and save the day. While exploring Avengers Campus, recruits may encounter Iron Man in his new armor, the Mark 80. Ant-Man and The Wasp appear for the first time at the Disneyland Resort and Doctor Strange will train recruits in the ways of the mystic arts at an Ancient Sanctum. Black Widow, Black Panther, Thor, the Guardians of the Galaxy, Captain America and Captain Marvel are among those joining the action. 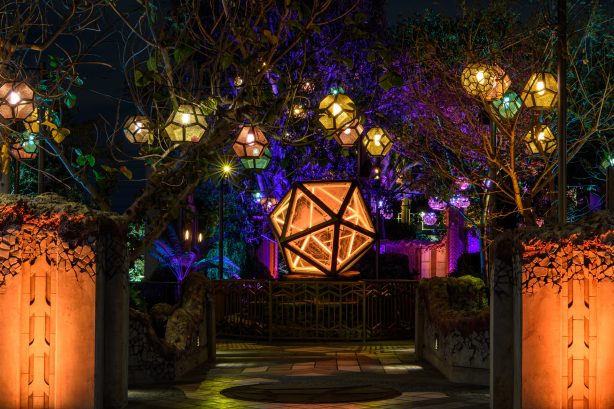 “When we set out to create these extraordinary Super Hero experiences across the globe, we designed a new Spider-Man attraction for Disney California Adventure park in an immersive land with amazing character experiences,” said Scot Drake, portfolio creative executive for Walt Disney Imagineering. “We also crafted an original story that ties all the experiences together in ways that are authentic to these characters. We worked side-by-side with teams that brought the Avengers films and comics to life to create a place that champions the next generation of heroes.”

The all-new WEB SLINGERS: A Spider-Man Adventure is the first Disney ride-through attraction to feature this iconic Super Hero. Tom Holland reprises his role as Peter Parker in the family-friendly attraction, which blends physical sets and virtual environments to take new recruits on an interactive escapade. Using innovative technology that’s been adapted specifically for this attraction, guests will team up with Spidey and help capture out-of-control Spider-Bots before they wreak havoc on the Campus. During an open house at WEB, Peter Parker and the aspiring inventors ask guests to wear 3D glasses and test drive their latest invention, the WEB Slinger vehicle, which allows them to sling webs like Spider-Man and experience what it’s like to have super powers. 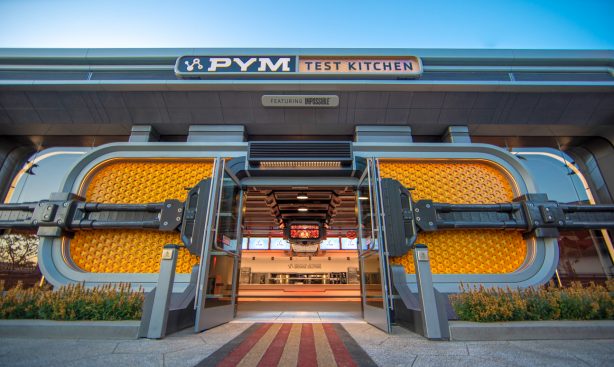 When it is time to take a break from the heroics, new dining spots will offer sustenance. Just as Ant-Man and The Wasp used “Pym Particles” to grow and shrink just about anything, the Pym Test Kitchen featuring Impossible™ Foods applies this innovative science to the food creation. This unbound potential allows Pym Test Kitchen to showcase normal foods at unusual scales, including shareable bites, inventive-sized entrees and tiny treats. Guests will be able to savor foods like the Impossible™ plant-based meatballs, both large and micro and served with pasta in a super-sized spoon with a tiny fork. Another choice is the “Pym-ini,” a panini on toasted focaccia with meats, cheese and marinara dipping sauce, which can be served by the slice or as a long, multi-portion sandwich. Those will go well with a glass of Pingo Doce, the distinctly green beverage from Avenger lore that will be available at Avengers Campus. Adjacent to the Pym Test Kitchen, an oversized beer can overhead signals that grown-up beverages are available at Pym Tasting Lab. Guests can also enjoy shawarma-inspired wraps at Shawarma Palace (a favorite of the Avengers), while Taneleer Tivan is curating a weird and wonderful menu of intergalactic eats at Terran Treats, a food cart located near Guardians of the Galaxy – Mission: BREAKOUT!

“Avengers Campus will be a place where fans and guests can finally step into the universe they love, and stand alongside some of their favorite heroes,” said Dave Bushore, vice president of Franchise Creative & Marketing for Marvel Studios. “The optimism inherent in Avengers Campus captures the diversity, power and teamwork these extraordinary characters possess, and now they come together to unite people from all over the world under one guiding principle: We are stronger together.”

Additional information about the immersive Avengers Campus is available at Disneyland.com/AvengersCampus.