With the spookiest day of the year creeping up on us tomorrow, we thought we’d get in thespirit of the celebration with a trip down memory lane… all the way to the 1920s—a few decades before The Happiest Place on Earth came to life. In Disney twenty-three, the official magazine of D23: The Official Disney Fan Club, author Kevin Kidney takes a look at one of Southern California’s longest-running Halloween celebrations. 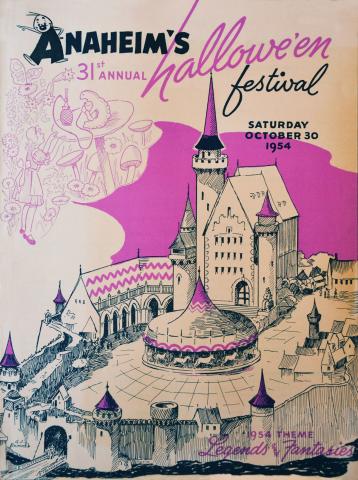 Long before trick-or-treating became the big deal it is today, Halloween was typically a time for mischief and pranks. In the 1920s, in the tranquil little farming community of Anaheim, California, soaped windows, uprooted fences and damaged property were turning All Hallows’ Eve into a headache for residents and businesses. So in 1923, to steer the energies of neighborhood youngsters toward more wholesome fun and frolic, local merchants devised a Halloween Carnival and Festival with games and a costume contest. That did the trick, and the following year a nighttime Halloween parade was added to the proceedings.

Flash forward a couple of decades, and the wildly popular parade with elaborate Halloween-themed floats grew to enormous proportions. Though few realized it at the time, Walt Disney was eyeing Anaheim as the perfect location for the world’s first theme park. So when he was invited to sponsor the parade in 1953, Walt generously responded with an offer to have the studio design six floats, to be constructed by “commercial float builders.”

The float designs were sketched by Disney storyman Roy Williams—known as the quick-drawing Big Mooseketeer on the Mickey Mouse Club—and included several themes:Cinderella, Pinocchio, Peter Pan, Snow White and the Seven Dwarfs, Trick or Treat (pictured above) and a special float depicting favorite Disney characters enjoying a carnival ride through a “tunnel of spooks.” 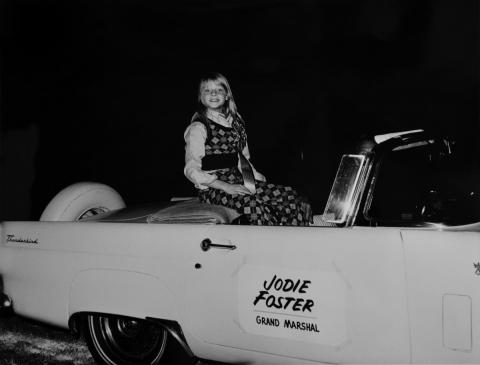 The next year Donald Duck was grand marshal. Disney stars would go on to make appearances as grand marshal throughout the years, such as a very young Jodie Foster fresh from her feature film debut in Napoleon and Samantha. And as Disneyland welcomed the world into its fabulous realms on July 17, 1955, Anaheim welcomed its newest neighbor with special prominence in that year’s Halloween Festival. On Saturday, October 26, 2013, the Anaheim Halloween Parade shined on in 2013, continuing to do what it has always done—radiate old-fashioned charm and crackle with small-town magic.