At this point, one could say the sun never sets on Disney Theatrical Productions, with about 15 productions playing around the world on any given night. Our international expansion began shortly after the 1994 Broadway debut of Beauty and the Beast, with a production of that show in Melbourne the following year. We’ve now staged shows in over 20 countries. 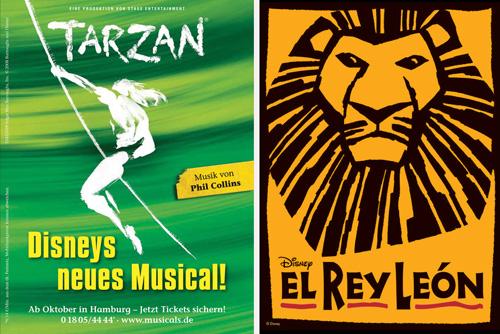 Yesterday, I shared some of Disney Theatrical’s recent international milestones. Today, I want to offer some additional insight from my conversation with Ron Kollen, head of the group’s international ventures.

In our discussion of the robust slate, Ron notes, “International is a significant contributor to Disney Theatrical Productions’ business, but the impact is more than just financial. Our stage shows are local touch points for the brand, providing high quality, live entertainment to many markets.”

A key consideration is how each production can be tailored for diverse audiences around the world. Shows are produced in the local language, and the creative teams are led by the motto “Don’t translate; adapt.”

“The shows are always very close to the Broadway or London originals, but we look to work with local artists in adapting our script and score,” Ron adds. “This sometimes means changing a joke or a line from the U.S. material to something that has local relevance.”

In addition, shows are typically staged with local cast and crew – usually 100 or more theatre professionals. “Our creative teams are there to mount the show with the local crew, but after opening night, the locals own the show, and we do quality-control visits occasionally through the run,” says Ron.

Great storytelling is universal, and these productions are a perfect example of how compelling stories continue to find new life at Disney.